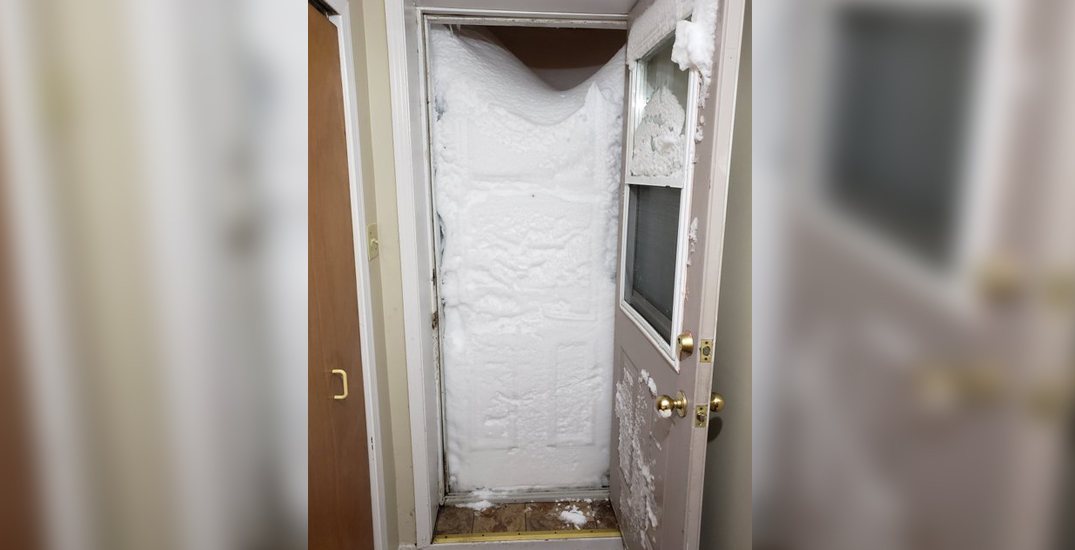 A winter blizzard has slammed Newfoundland, and several residents are sharing photos on social media of their snowed-in situation.

Ernie Powell shared this tweet, showing the snow nearly up to the top of his door frame with a door-shaped imprint in it.

Here’s what it looks like right now. Media outlets, use away. pic.twitter.com/PwVCGULDdI

Another Twitter user, Brad, shared a photo of the snow approaching the top of his uncle’s living room window.

This is a photo from my uncle’s living room looking out the window in St. John’s. You can barely see the tip of the tree outside! 😬😲🌨️#snowmaggedon2020 #stjohns pic.twitter.com/hCi254IvJ6

When Karen Martin tried to let her dogs out to pee, she was confronted with the view below. The photo on the left was taken by Michael Andrews, where the snow actually cleared the height of the door frame. Check out that crisp window imprint as well. 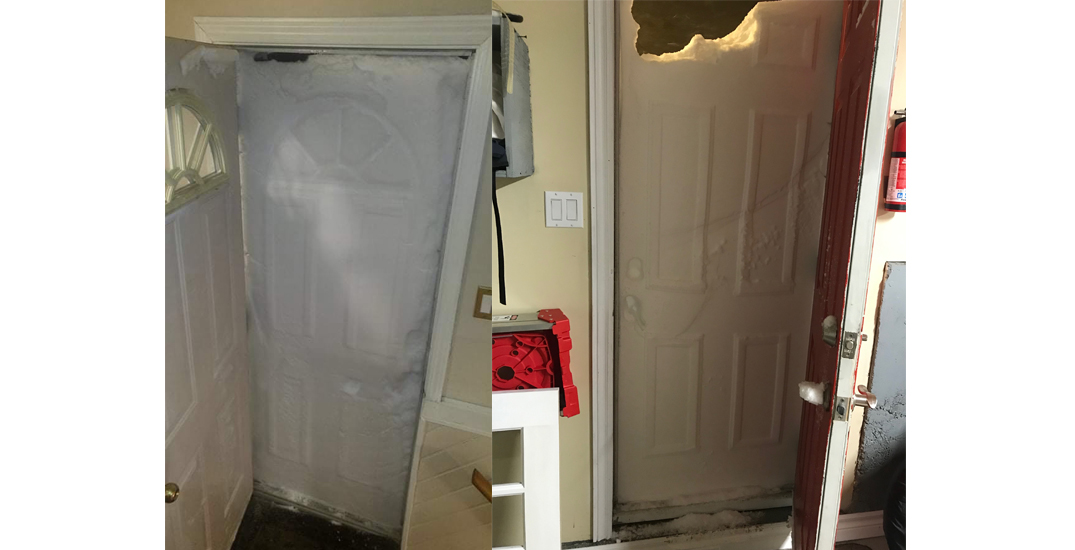 She’s not snowed in, but she has lost power.

“Were used to lots of snow and stuff,” she said. “I mean, this is obviously a bit extreme.”

On Friday, St. John’s declared a state of emergency. The mayor ordered all businesses to close and demanded all cars except emergency vehicles stay off the roads.

As of 11am, the Mayor has declared a state of emergency. All businesses are ordered to close and all vehicles are ordered off the road except emergency vehicles. Please return home until the order is lifted. #nlwx #nltraffic

Environment Canada issued a blizzard and a storm surge warning for the region, and power has been cut to many customers.

More snow is expected Friday night, with the storm not leaving until later Saturday afternoon.