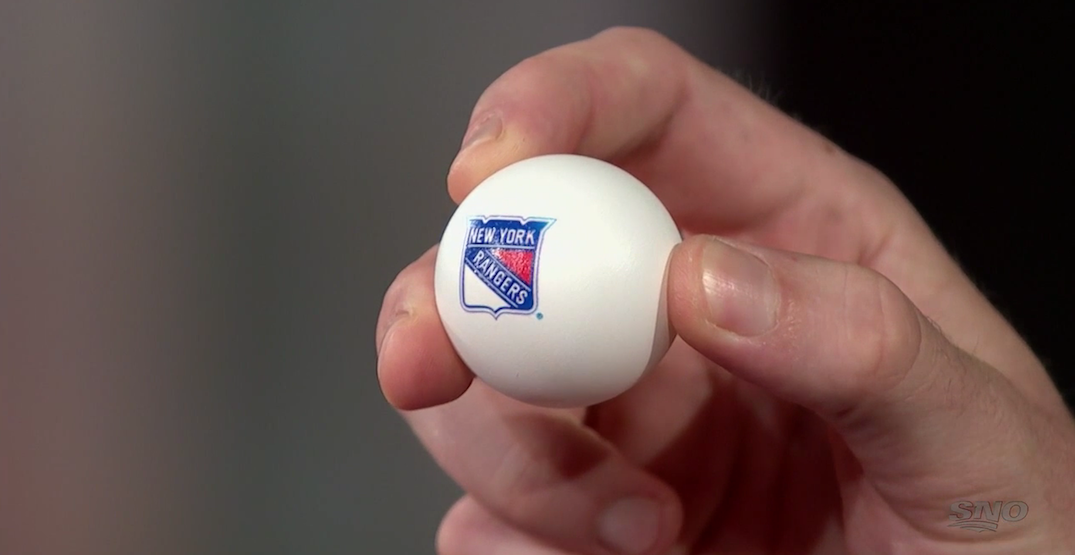 The New York Rangers have won the 2020 NHL Draft Lottery, in what is the most bizarre draft lottery of all-time.

For starters, this is the second draft lottery held in less than two months, as an unknown placeholder team won the lottery on June 26. That meant that the eight qualifying-round losers were entered into the lottery today, each with an equal chance (12.5%) of winning.

WE GET TO SEE THE PING PONG BALLS pic.twitter.com/riP1drxNeb

Given the lottery included the Pittsburgh Penguins, Toronto Maple Leafs, and Edmonton Oilers — all teams that would have made the playoffs in a normal year and that have already had draft lottery luck — there were many fans ready to be upset.

The moment the @NYRangers found out they will be selecting 1st overall in the 2020 #NHLDraft! #NHLonSN pic.twitter.com/B4lF14lpcP

Comparatively speaking, the Rangers were one of the most deserving teams out of the eight to win, as they had the third-worst points percentage, ahead of only the Winnipeg Jets and Minnesota Wild. Other teams in the lottery included the Florida Panthers and the Nashville Predators.

New York also had the longest active drought for the first overall pick, having not picked first since 1965.

The Rangers were the first team ousted from the Stanley Cup Qualifiers, lasting just four days in a three-game sweep at the hands of the Carolina Hurricanes.

Still, the Rangers weren’t a bad team this season, finishing 18th overall in the league standings, which represents the biggest jump to claim the first pick in NHL history.