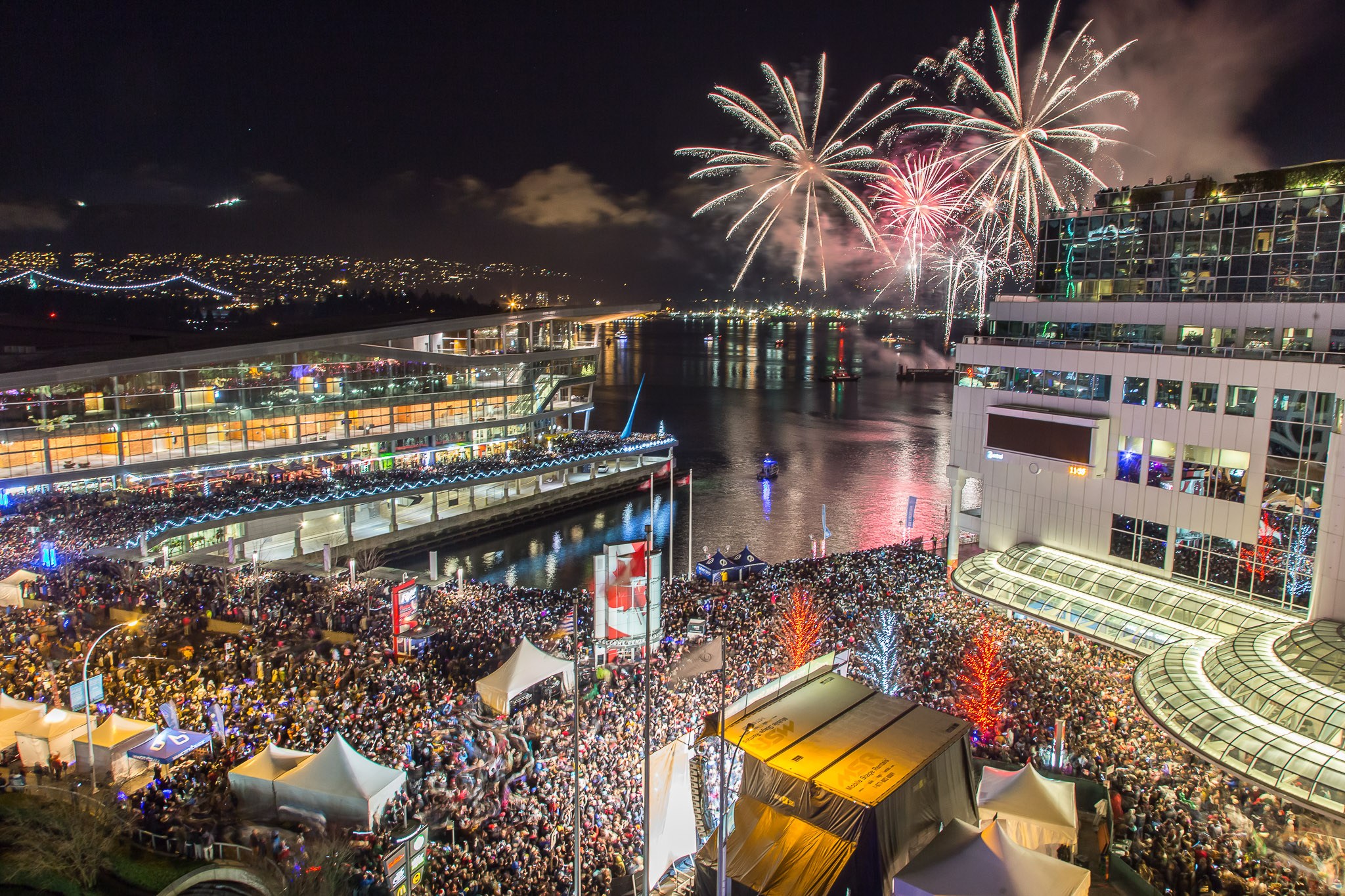 The night sky over Coal Harbour in downtown Vancouver will once again light up with fireworks this New Year’s Eve.

Organizers with the Vancouver New Year’s Eve Celebration Society have confirmed that Concord’s New Year’s Eve Vancouver will take place on December 31, 2016. Although the exact details of the event will not be announced until later in the fall, revellers can expect spectacular high-aerial fireworks, free concerts, food trucks, buskers and much more.

This year’s event will be beefed up by a contribution of $226,000 from the federal government’s Department of Canadian Heritage to help kick off not only 2017 but the start of Canada’s year-long festivities celebrating the 150th anniversary of Confederation.

“We are thrilled to have the Government of Canada come on board and support this inclusive family-friendly event that celebrates community and brings people together from all over the city and globe,” said Dani Preto, Chair of the Society, in a statement.

“It’s an honour to be kicking off the festivities for Canada’s 150th anniversary year and we look forward to building on the momentum from last year’s incredible event.”

Last year’s inaugural event was an incredible success and it attracted over 80,000 people, making it the largest public New Year’s Eve event in Canada. There were two fireworks displays launched from a barge: there was an Early Eve display at 9 pm designed for families with young children followed by a much larger and longer Midnight Countdown display at the stroke of midnight.

The Society was founded in 2012 by Daily Hive CEO Karm Sumal and Features Editor Kenneth Chan who both saw an overwhelming demand for a major, free public event in the city to celebrate New Year’s revelry.

“We got tired of seeing the crowds aimlessly gather on Granville and Robson streets year after year, and it was so obvious to us that revitalizing the NYE tradition was the key to killing the ‘No Fun City’ moniker once and for all,” said Sumal.

“Daily Hive is thrilled to be a part of the event again this year as a continuation of its Founding Partner commitment to the celebration.”

Who’s excited for New Year’s Eve 2017?! 🙋 Rumour has it @nyevancouver will be bigger and better than last year. Tickets will be announced soon so follow @nyevancouver for updates! Photo by @realflkblues #dailyhivevan #nyevan

2015 was amazing for me. Health, Career and Life. 2016. I will strive for better health, healthy and stable social life. #NYEVAN #Fireworks #Vancouver #happynewyear #2016