Still need plans for New Year’s Eve? The city’s biggest party at the Hotel Vancouver has more tickets for sale for you last-minute party-planners.

Following their sold-out New Year’s and Halloween parties, Arrival is back with Vancouver’s premier entertainers at the city’s most historic venue on the biggest night of the year.

On Thursday, December 31, Arrival returns with one of their legendary, multiroom New Year’s parties. Taking place in five ballrooms at the iconic Hotel Vancouver, the lineup features some of Vancouver’s most exciting talent, from party DJs to musicians and performers.

Five “pop up nightclubs” will take over an entire floor at the hotel, featuring:

Tickets and VIP Packages are still available for those looking to ring in 2016 at Vancouver’s biggest New Year’s bash. Head over to www.hotelvancouvernye.com to buy yours.

New Year’s at the Hotel Vancouver 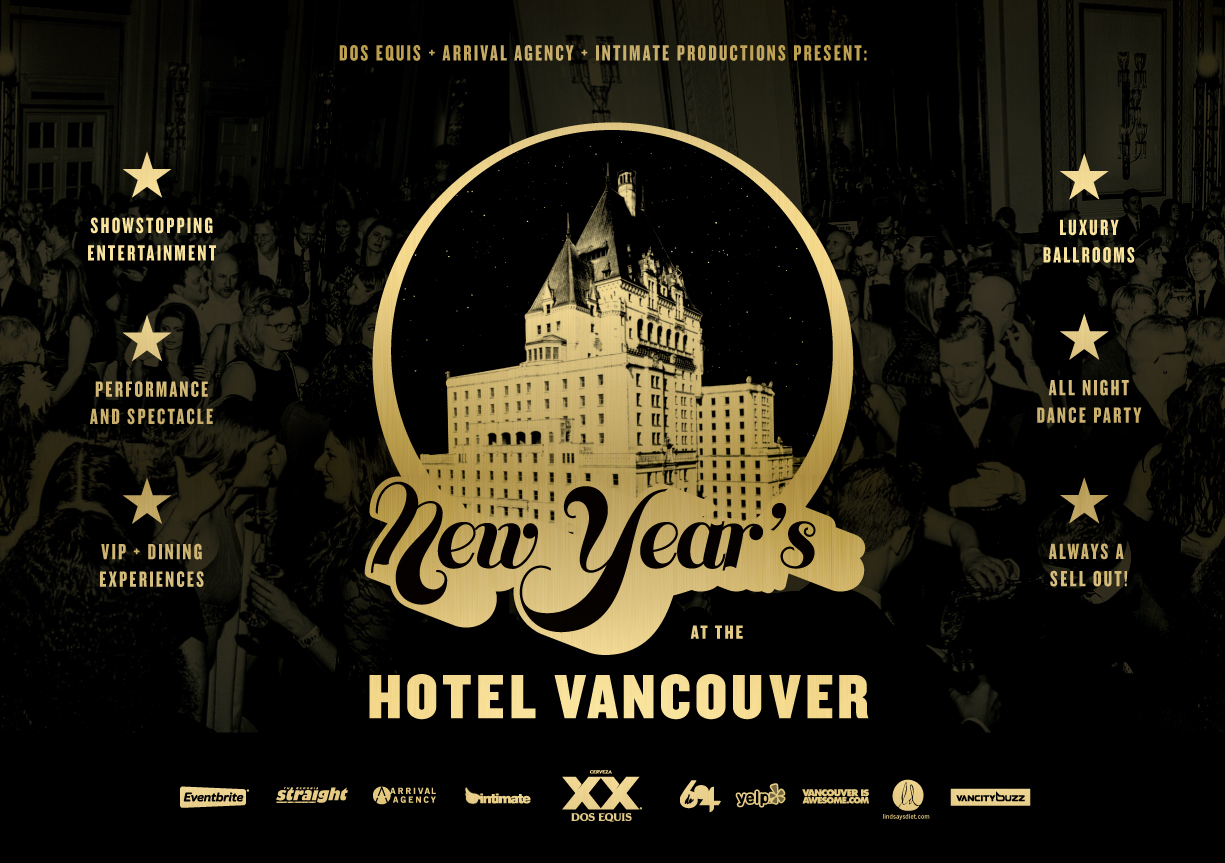