Vancouver City Council is expected to approve a staff report that recommends constructing a dozen new bike lanes across the city over a five-year period.

Another four routes are located outside of the city core, on Gore Street, Hudson Street, Kent Street, and Commercial Drive.

In order to implement the bike lanes in downtown’s tight roads, there will be a substantial loss of on-street vehicle parking spaces including 50 per cent on Beatty Street (on one side of the road), 25 per cent on Cambie Street, 20 per cent on Richards Street, and a total of 20 spots on Smithe-Nelson streets.

In addition to the new infrastructure, improvements will be made to a number of existing bike lane routes across the city. Some of these improvement plans are already improved by previous City Council decisions, such as a redesign of the Burrard Street Bridge’s bridge deck to accommodate wider bike lanes. This will necessitate the removal of one of the three northbound lanes.

Further consultation and approvals will be required in order to initiate some of the plan’s major changes.

Map of the 5-year plan to expand cycling infrastructure in Vancouver (click to enlarge): 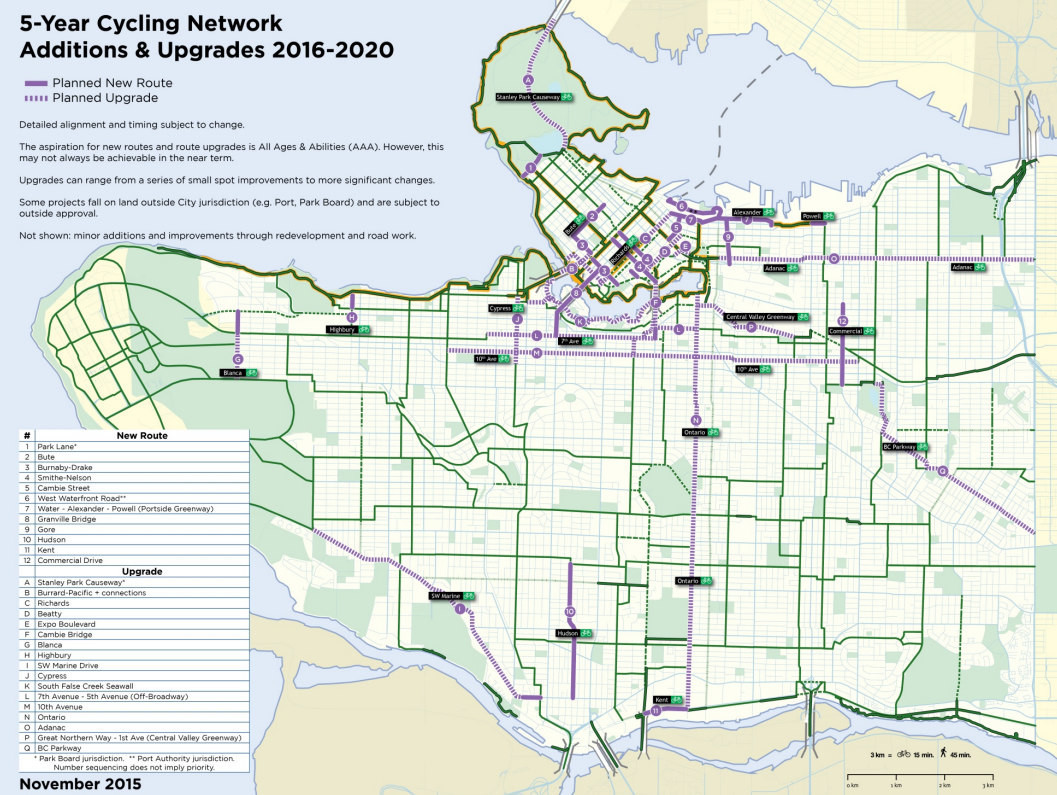 Over at Stanley Park, the provincial government is currently constructing new bike lane routes along the perimeter of the Stanley Park Causeway, but no lanes of traffic or any road capacity will be lost.

The proposed new routes and improvements are being announced after continued record levels of cycling in the city. The City’s latest data indicates there is a 16 per cent increase in bike trips over the past year.

On the Burrard Street Bridge alone, bike trips have increased from one million to about 1.4 million annually since the construction of the Cornwall and Point Grey Road bike lanes.

“The recent growth in cycling trips is in large part the result of recent infrastructure investments, and supports the City’s new approach to cycling, which places an increased focus on building low-stress bike routes that feel comfortable for people of all ages and abilities,” reads the report.

The City believes it may have already reached its 2020 mode share goal that at least half of all trips be made on foot, bike or public transit. This is an increase from 40 per cent in 2008.

The staff report also recommends allowing skateboarders to use bike lanes in an effort to reduce conflicts on sidewalks, allow skateboarders to travel in areas they are protected from vehicle traffic, and legitimize skateboarding as an increasingly popular form of active transportation.

But this may require modifying the bylaws for required protective equipment for people using skateboards, skates, and push scooters so that they are consistent with the requirements for cyclists.

City data shows an increase in cycling trips in 2015 (click to enlarge): 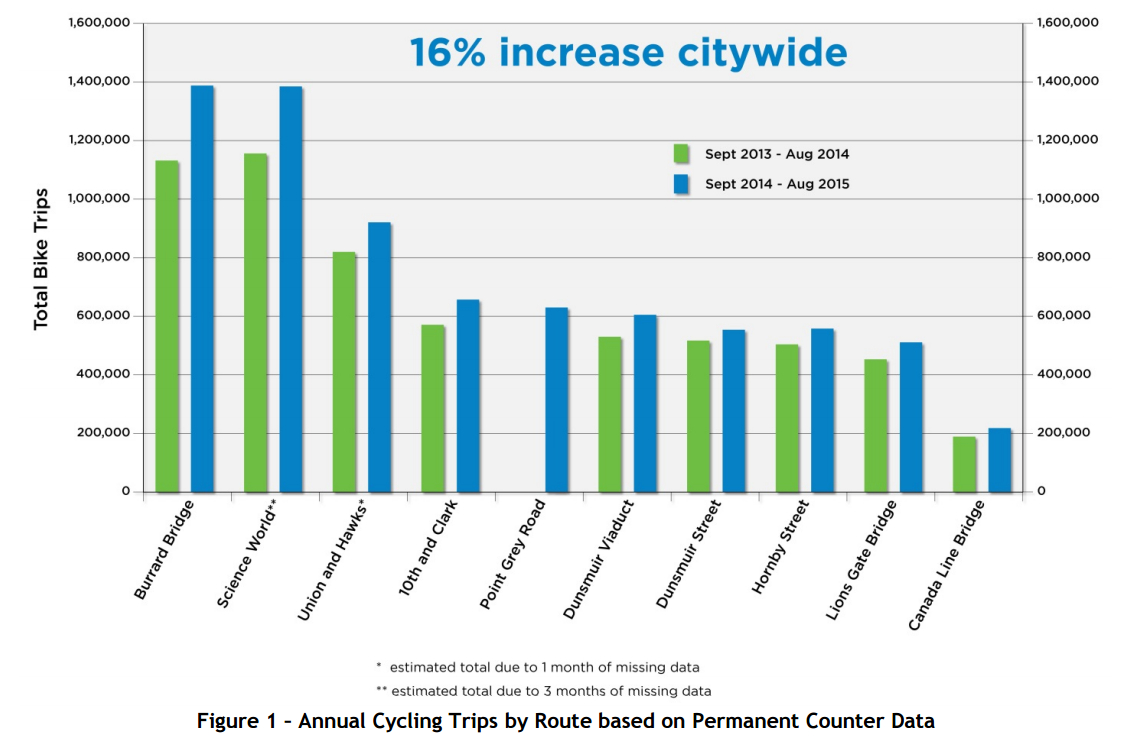