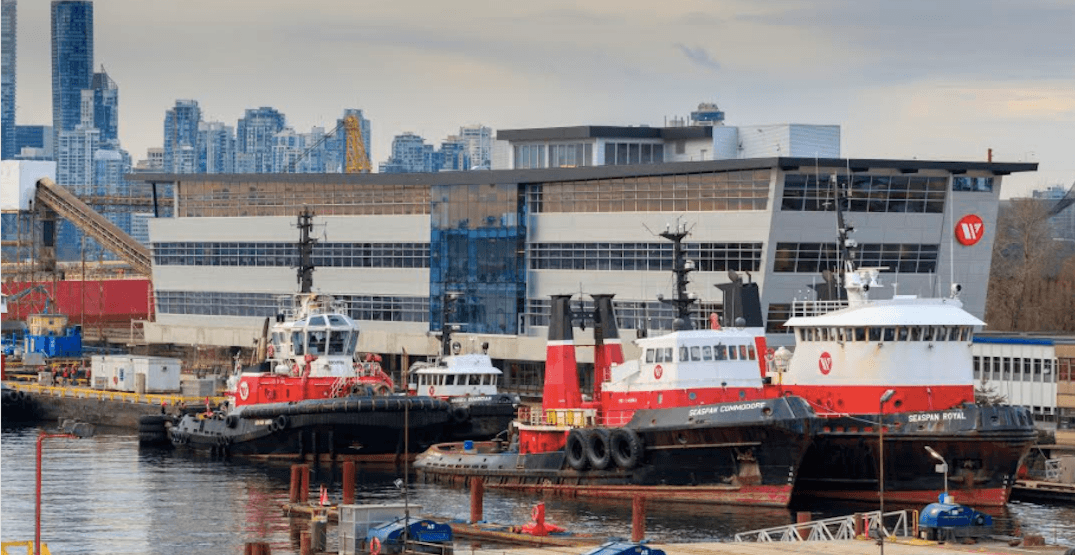 Located at the foot of Pemberton Avenue on the southwestern spit of the property near Seaspan’s current offices, the new 7,800 square metre office will be home the approximately 390 employees.

The building itself will serve primarily as a spot for pre-production work in partnership with the Government of Canada under the National Shipbuilding Strategy (NSS). 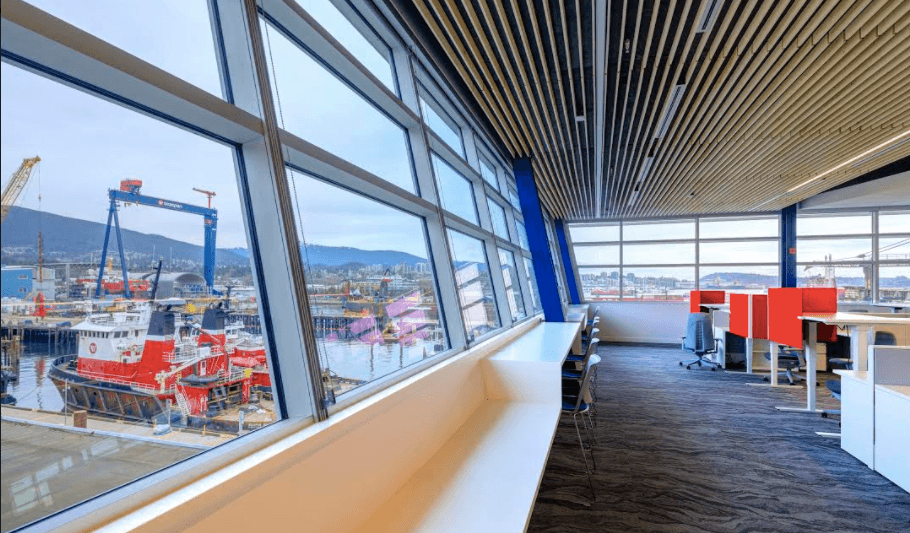 A look inside the new Seaspan office. (Seaspan)

“Today is yet another important milestone for our company, employees, and industry,” said
Brian Carter, President and CEO of Seaspan Shipyards.

North Vancouver MP Jonathan Wilkinson called Seaspan a “significant part” of the community and a “major employer” in North Vancouver and throughout the Lower Mainland.

The opening of this new office, he said, “demonstrates Seaspan’s commitment to investing locally and providing more opportunities for years to come.” 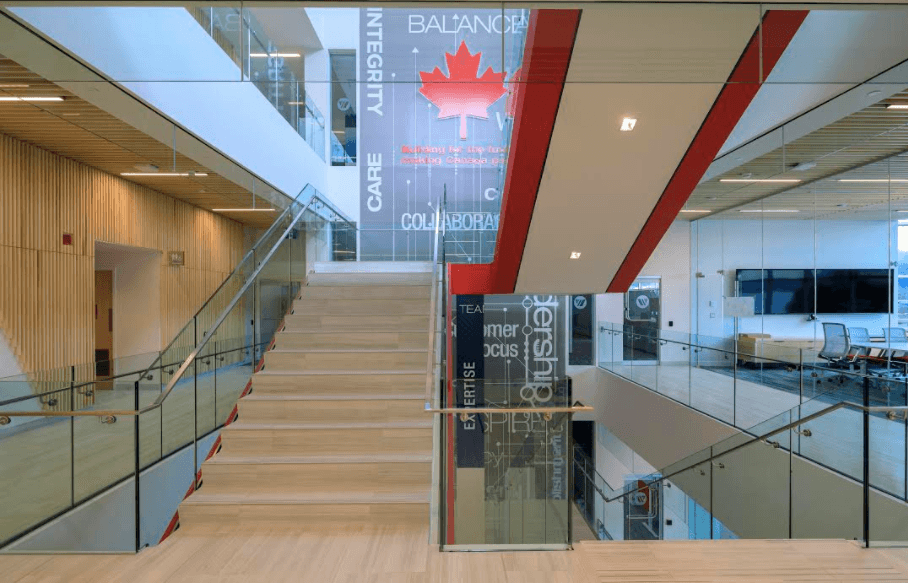 A view inside the new Seaspan office. (Seaspan)

According to a release from the company, the building has been designed with a number of environmentally friendly features in mind, including passive heating and reduced water use.

Funding for the project came entirely from Seaspan.

“I congratulate them on both their new office and the many exciting years to come,” he said. “Seaspan plays an integral role in our community, providing good jobs to our residents and
contributing to a strong local economic base.”

The new office can be found at 50 Pemberton Avenue, North Vancouver.