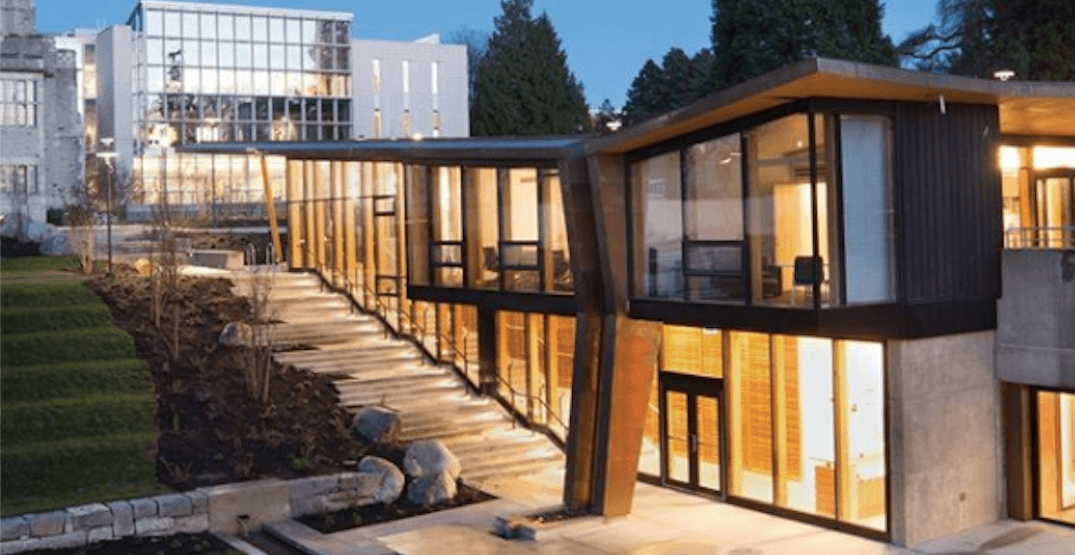 A newly-constructed facility known as the Indian Residential School History and Dialogue Centre is now a reality for the University of British Columbia (UBC).

The two-storey, 6,500 sq. ft. project cost $5.5-million to construct and be built on the south side of the Library Gardens, near the clock tower between Koerner Library and Irving K. Barber Learning Centre.

On Monday, the official opening of the brand-new building included an apology by UBC president Santa Ono, for the university’s involvement in the in the system that supported the operation of Indian residential schools in Canada.

“We now better recognize the harm that was done to Indigenous people by the residential schools… and have come to regret how little our institution and others like it did to understand what was happening, speak against it, or to teach in response to it,” said Ono. “It is our responsibility now to address that history.”

The new facility, he furthered, “is evidence of UBC’s commitment and it is the most visible of many actions the university has undertaken.”

In a release, UBC said the new centre will “be a place for former students and survivors of the Indian residential schools and their communities to access their records, for students and the public to explore the vast archival holdings and learn about the history and legacy of the schools through interactive technology, and for university and community members to meet in focused discussions about the uses of history and other collaborative projects.”

Grand Chief Edward John of the First Nations Summit Political Executive, said he commended UBC and Ono in particular, for “his significant efforts to bring to fruition the opening of the Indian Residential School History and Dialogue Centre.”

The centre will be an “important reminder” for Canadians and will be a “valuable resource for residential school survivors,” he added.

Approximately 150,000 indigenous children were forced from their homes and sent to strict religious boarding schools from the 1800s to the late 1900s. The last residential school did not close until 1996 in Saskatchewan.