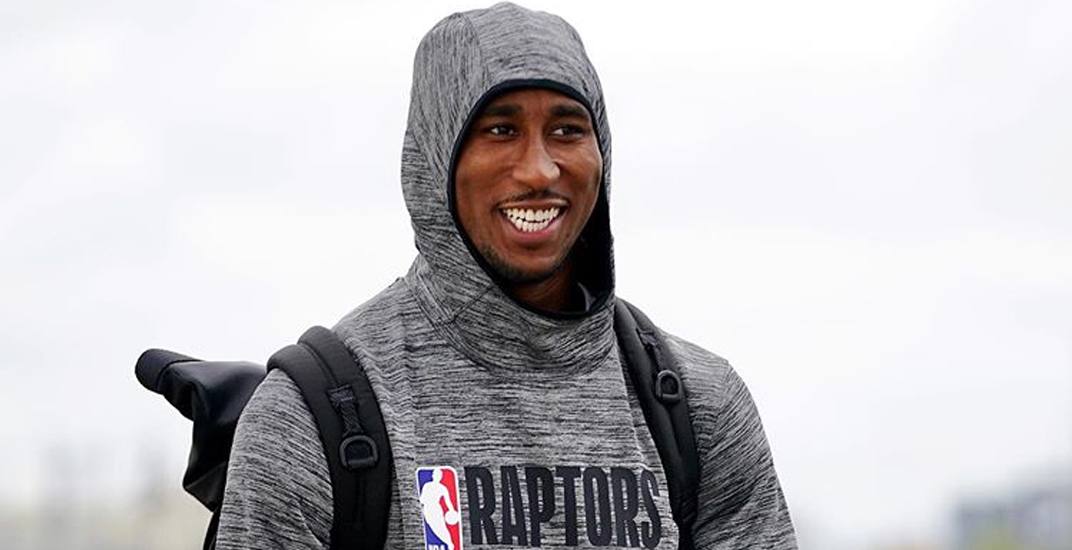 There is a new Fun Guy in town.

It is nearly impossible to fill the basketball void left by a generational talent like Kawhi Leonard. An incredible two-way player, Kawhi delivered the franchise it’s first ever championship. The Board Man even started to show glimpses of a personality, but he has taken his talents to Los Angeles.

With Leonard out of the picture it means there is room for the next ‘Fun Guy’ to grab the spotlight of Raps nation and it just so happens he signed this offseason.

Typically playing as small forward, on the court Chap – which is an acronym that stands for ‘calm, humble and patient’ – is an athletic and long player that brings an underrated combination of speed, agility, and strength. Standing at 6-foot-7 – with a 7-foot-1 wingspan – Hollis-Jefferso is a defensive specialist capable of guarding multiple positions, which is going to give the Raptors a ton of lineup flexibility. Oh ya, we can expect some highlight reel blocks this season too.

On the offensive side, Hollis-Jefferson isn’t much of an outside shooter so he does most of his scoring in the paint, but that brings its own level of excitement from buzzer beaters…

Rondae Hollis-Jefferson drives in and wins it for the @BrooklynNets! #WeGoHard pic.twitter.com/t1pII2Q2k8

We also can’t forget he was the lead dancer at times during the bench celebrations of his former team, the Brooklyn Nets.

When answering questions in a short interview, the one word he uses to describe himself is ‘fun.’

What’s your favorite basketball movie of all time? What’s the one workout you thought you would never love? Hear from RHJ as we put him to the test during his 17's run presented by @HSpecialSurgery. pic.twitter.com/9rsb3aqvBb

This literally is bringing back déjà vu of Kawhi’s media day, minus the iconically strange laugh.

Even though it’s still early in his Toronto tenure, it is pretty clear to see that he has the makings to become the next fan favourite and Chap’s dance moves have already made several appearances north of the border.

Hollis-Jefferson is also putting in his bid for most interesting Raptors player as the man has a clothing line, his own charter school for kids from k-5, and he has surprised his mom with a new home in the past.

If you’re still not convinced, look no further than his pants game.

Never lose yourself along the way. Just keep smiling 😊

Following some sumo wrestling and a two-game preseason series in Japan, Chap and the rest of the Raptors will return to Toronto with their first action at Scotiabank Arena slated for Sunday, October 13.

They kick off the regular season at home against the New Orleans Pelicans on Tuesday, October 22.