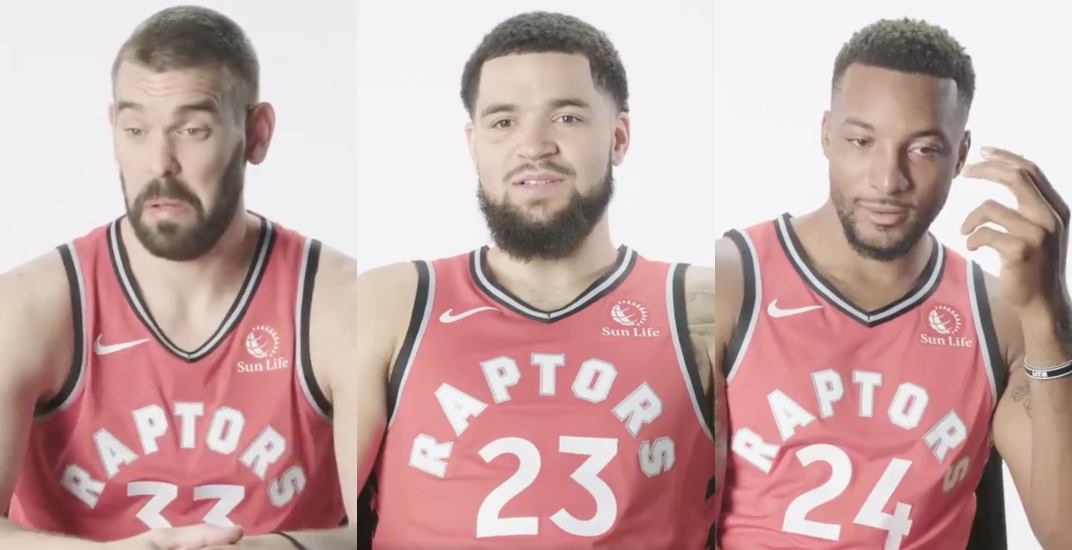 In Quebec City for training camp, Toronto Raptors players were put to the test.

Players were given lines in Quebec’s official language, like “Le Nord C’est Nous,” and were asked to translate them into English. It was considerably more difficult for some more than others, as the Raptors have a few native French speakers on the team, including Serge Ibaka (Congo), Pascal Siakam (Cameroon), and Chris Boucher (Quebec).

The rest of the group quizzed — which included Fred VanVleet, Norman Powell, Marc Gasol, and OG Anunoby, as well as newcomers Stanley Johnson, and Rondae Hollis-Jefferson – had a much tougher time.

For our entertainment, of course.

Once camp at Laval University concludes this week, the Raptors will head off to Japan for the start of preseason. They have two games scheduled against the Houston Rockets in Tokyo on October 8 and 10 before returning to North America to play Chicago at home on October 13 and Brooklyn on the road on October 18. The regular season begins at home to the New Orleans Pelicans on October 22.