It is George Costanza’s face which customers see first at the door of Tiger’s Drink House.

“COFFEE, TEA, SANDWICHES – The Trifecta!” proclaims the Seinfeld character in a chalk drawing on the side of a sandwich board, matter-of-factly summing up what’s on offer inside the new Vancouver café. 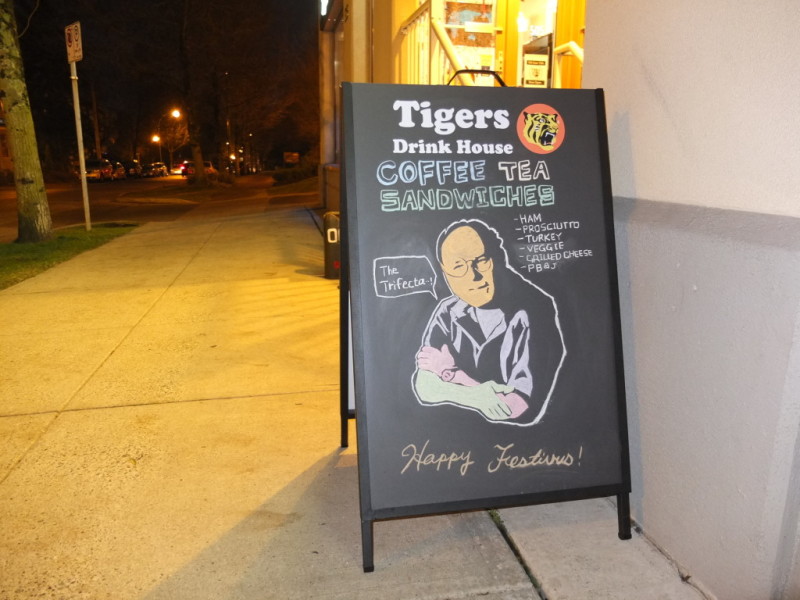 This chalk board drawing by Tiger’s Drink House co-owner Kie Kambara sums up what’s on offer at the cafe.

Run by long-term Vancouverite Maciej Rotecki and Kie Kambara, who is originally from Japan, Tiger’s serves all of the above in a simple menu with a focus on craftsmanship and quality local ingredients.

The coffee, brewed from local Elysian beans, is rich and strong, in a good way. Along with a daily brew, the hot drinks menu also includes a London fog (an Earl Grey tea served with a dash of vanilla and steamed milk), a matcha green tea latte and Royal milk tea, a Japanese staple. 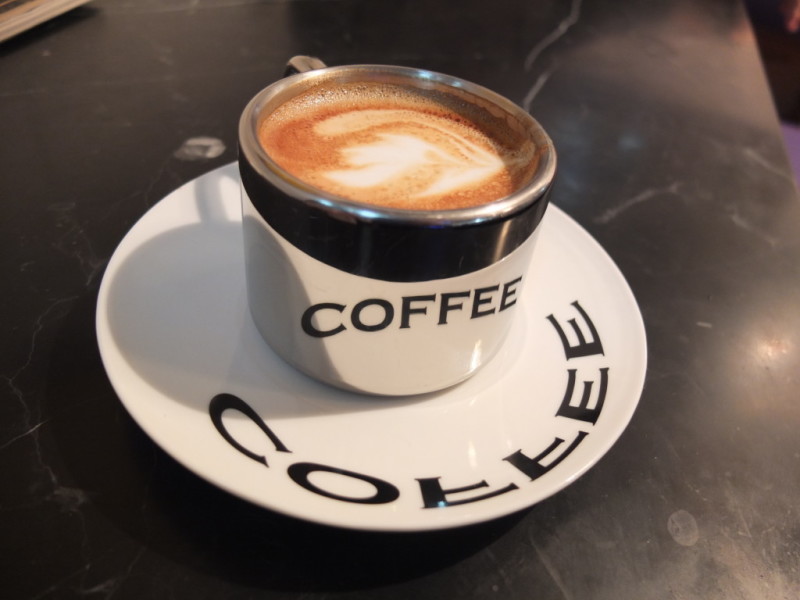 The sandwich menu at Tiger’s is small and simple but with a few surprises, like a grilled cheese with an excellent mushroom paste of Kambara’s recipe, and Capicollo cured Italian meat. In line with Rotecki’s ambition to utilise Vancouver’s best suppliers, the Reuben sandwich is made with corned beef from Granville Island’s J. Beethoven’s New York Corned Beef Connection.

The café’s interior is more eclectic than the minimalist interiors so common in the Mount Pleasant neighbourhood. Its combination of mirrors, white walls and red piping is simple, but like the menu, the design is all in the detail.

A self-described handyman, Rotecki built most of the fittings himself. Claw feet hold up the railings along the café’s rear wall, a large model plane hangs suspended, upside down, from the ceiling in one corner, and cut-outs of Mickey and Minnie Mouse sit high on the piping. Most of the retro appliances, such as an old telephone and cash register, were bought from the ReFind antique store on Main Street. From the figurines on the counter to the mish-mash of cool light fittings, there is plenty to look at while you sip on your tea or coffee. 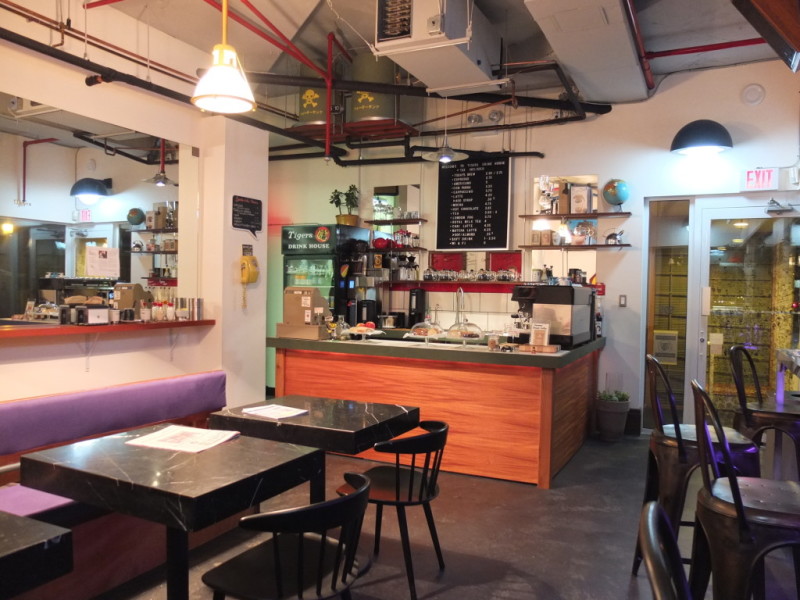 Kambara, an artist, has added finishing touches, such as a detailed marker drawing on the café’s glass door. Reading material at Tiger’s comes in both English and Japanese, and there is a selection of board games, some traditional, some less so. The game of Crokinole, stored on the wall near one of the tables, is accompanied by instructions with pictures hand-drawn by Kambara. 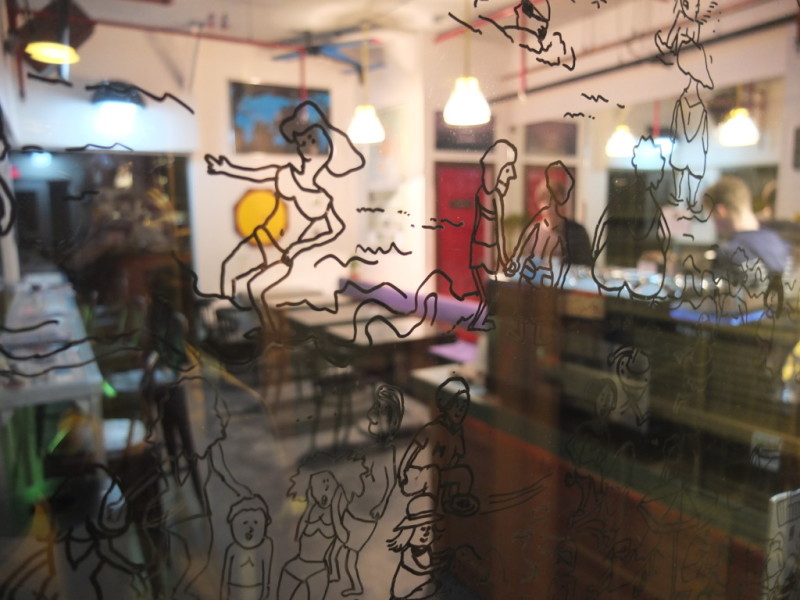 A portion of Kie Kambara’s detailed drawing on the glass door at Tiger’s Drink House.

The name Tiger’s was chosen for its significance to both owners. Rotecki attended the nearby Sir Charles Tupper Secondary School, whose sports teams are named the Tigers, and Kambara’s home baseball team in Osaka were the Hanshin Tigers. References to the latter are found in the assortment of figures and drawings decorating the cafe.

In addition to serving good food and coffee, it’s the heart behind Tiger’s Drink House, and the willingness of the owners to stray a little from on-trend design to make their space personal, that gives this cafe a point of difference in a part of Mount Pleasant where good coffee shops are in abundance.