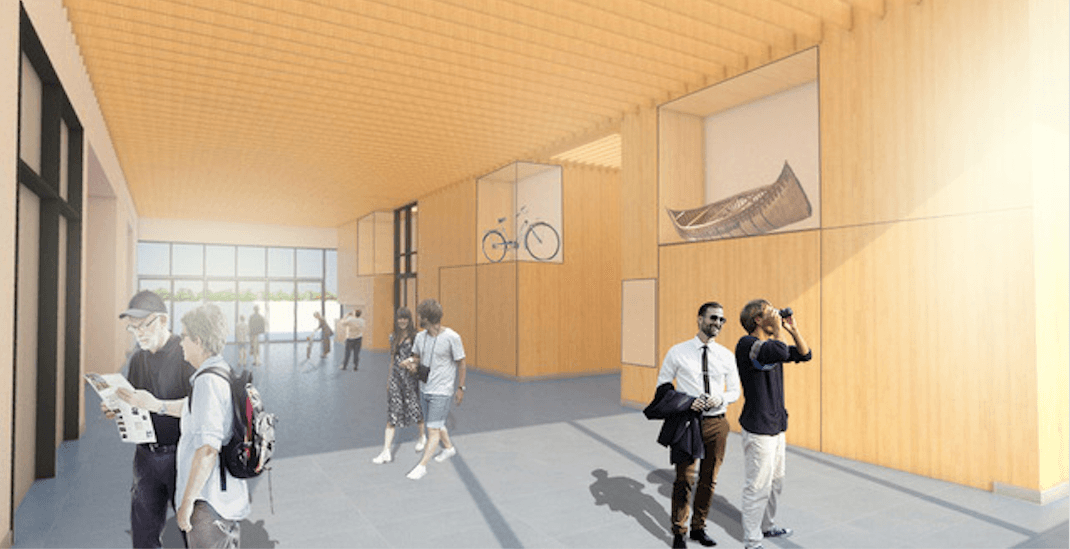 Renderings for a “vital addition in the larger redevelopment of the Lower Lonsdale Cultural District” in North Vancouver have now been revealed.

And that “vital addition” is the newly-planned, soon-to-be built North Vancouver Museum.

The building’s location – across from Lonsdale Quay and steps away from the new $20-million Polygon Gallery – is currently a “hole in the ground,” but that’s set to change with the completed museum’s planned opening to the public next year.

“The location across from Lonsdale Quay and the new Polygon Gallery could not be better,” said Victor Elderton, Chair of the North Vancouver Museum and Archives Commission. “With 16,000 square feet of space, there will be room to tell North Vancouver’s extraordinary story in new and engaging ways.” 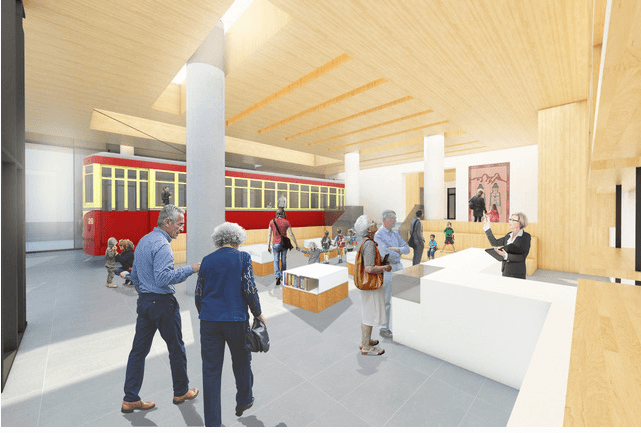 The architect for the project, Urban Arts Architecture (UAA), “is completing a design that reflects the identity of North Vancouver through the use of natural materials and clean, modern detailing,” said UAA in a statement.

The “modern detailing” is meant to provide a “fitting home for the important exhibits and artifacts” that will be displayed inside the building.

The museum will both permanent and temporary galleries, as well as a “flex space” and multi-purpose room that will provide public, bookable spaces for a broad range of events. 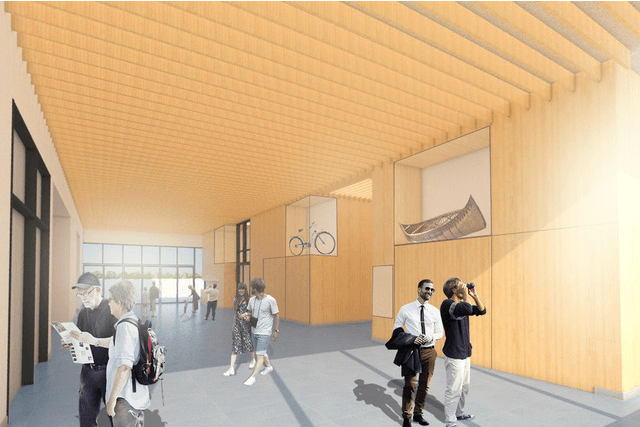 The lobby has been designed as a ‘public living room’ and features an original commissioned cedar carving by local First Nations Artist, Wade Baker.

The entrance will also feature a refurbished electric streetcar, “Streetcar 153,” the only remaining street railway car from North Vancouver’s streetcar system in the early decades of the 1900s.

Exhibit themes will feature the outdoors, as well as indigenous, industrial, and community histories.