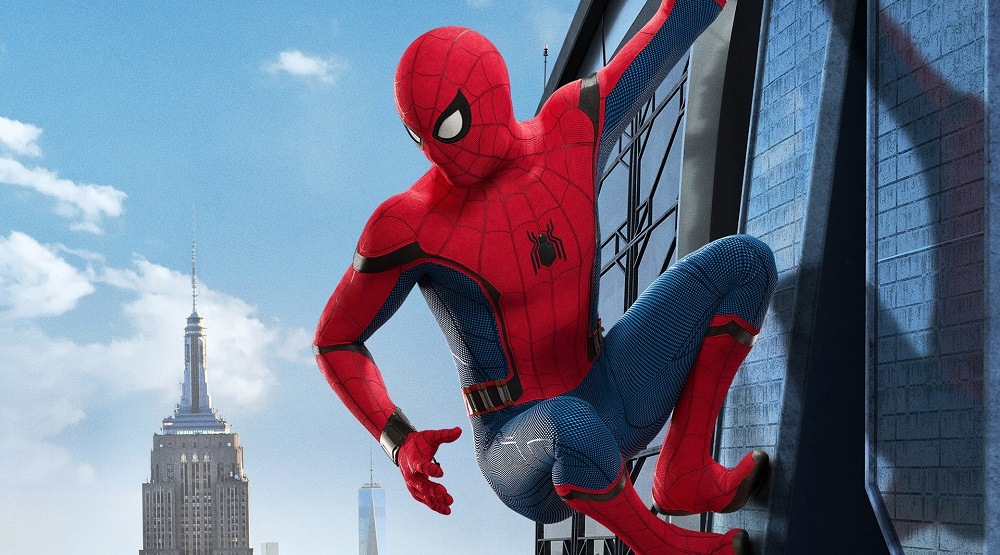 Summer is in full swing (pardon the Spidey pun) and the box office shows no signs of slowing down.

If you’re heading to the theatres this month be on the lookout for a web-slinging crime-fighter, plenty of talking Apes, a gritty World War II drama, and a sci-fi spectacle with a French twist.

If those don’t tickle your fancy why not check out a creepy ghost drama with Casey Affleck and Rooney Mara, a spy thriller featuring an ass-kicking Charlize Theron, or you could just settle for The Emoji Movie.

Don’t miss our list of highlights that are hitting theatres this July.

The web-slinger swings back into theatres this month and it looks like this could be the best of the bunch. After a rocky cinematic legacy that began in 2002 with Tobey Maguire, plus two forgettable flicks featuring Andrew Garfield in 2012 and 2014, this latest instalment’s lead is a charming Brit named Tom Holland.

If he’s not a household name yet, wait for it. Holland first appeared as the iconic superhero in last year’s Captain America: Civil War and basically captured all our hearts. In Homecoming, young Peter Parker balances high school and crime-fighting duties with a little help from mentor Tony Stark (Robert Downey Jr.). Hot commodity Michael Keaton also stars as the villainous Vulture.

War for the Planet of the Apes

If you want an instruction manual on how to do a tentpole franchise reboot right, look no further than the latest Planet of the Apes series. The recent movies have offered strong writing, complex characters, stunning action, and state-of-art visual effects. Following 2014’s Dawn of the Planet of the Apes, director Matt Reeves returns, along with mo-cap master Andy Serkis as Caesar, plus Woody Harrelson playing a rogue Colonel.

This time around, Caesar’s group suffers heavy casualties and the ape leader must avenge his kind. There is a ton of buzz about this one, which was shot in Vancouver and Tofino, BC, as fans and critics alike are eager to see where the revamped cautionary sci-fi saga is headed.

No stranger to ambitious projects, director Christopher Nolan (The Dark Knight, Inception, Interstellar) gets historical for his latest movie. It’s the story of the evacuation of Allied soldiers, who were cut off and surrounded by the German army, from the beaches of Dunkirk, France during World War II.

Valerian and the City of a Thousand Planets

Visionary French director Luc Besson (Nikita, The Professional, The Fifth Element) is back with a batshit crazy sci-fi spectacle featuring aliens, monsters, and model Cara Delevingne. Based on the comic series – first published in 1967 – Valerian and the City of a Thousand Planets is set in the 28th century and follows two special operatives (Dane DeHaan and Delevingne) who are sent on a mission to a giant metropolis that is threatened by a mysterious dark force.

With a budget over $220 million, the movie is the most expensive film ever shot in France. Also watch for a diverse supporting cast that includes Clive Owen, Rihanna, Ethan Hawke, and jazz legend Herbie Hancock.

This Sundance Film Festival gem certainly looks like an odd but intriguing one. Casey Affleck and Rooney Mara reunite with director David Lowery (Ain’t Them Bodies Saint) for a meditative drama about love, loss, and longing.

After he is killed is a car accident, C (Affleck) returns to reconnect with his wife M (Mara), as a ghost wearing a white sheet with two eyeholes cut into it. The movie was shot, in relative secrecy, using an old-timey aspect ratio and features pop singer Kesha as a character called Spirit Girl. A Ghost Story also boasts a four-minute, single-take scene depicting Rooney Mara devouring an entire pie. Yum!

Take Charlize Theron’s ultimate badassery, blend it together with John Wick and you might get something along the lines of Atomic Blonde. Based on the 2012 graphic novel The Coldest City, this gritty thriller, set in 1989, stars Theron as a spy who must find a list of double agents being smuggled into the West.

It was only a matter of time until we got an animated movie about everyone’s favourite ideograms. Former Silicon Valley star T.J. Miller voices Gene, a multi-expressional emoji who lives in a phone and sets out on a journey to become a ‘meh’ emoji like his parents. Yes, this is actually the plot.

At least plenty of vocal talent, including Patrick Stewart (as the poop emoji!), James Corden, Anna Faris, and Maya Rudolph, will hopefully keep the seemingly thin plot moving along so parents don’t get too bored. Interestingly, the family film marks the end of a bidding war that saw Sony Pictures Animation beat out Warner Bros. and Paramount Pictures for production rights.