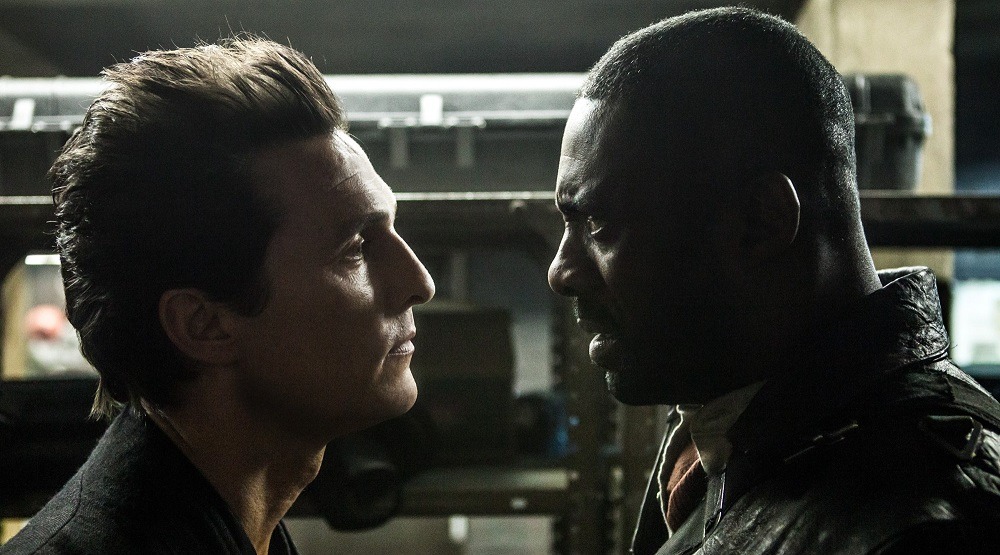 Summer is just about over but there are still some big flicks on the horizon.

This month brings the highly-anticipated, and long-gestating, film adaptation of a classic Stephen King series. More upcoming horror titles include an Annabelle prequel, set in The Conjuring universe, and a spooky feature about a cursed vintage camera!

Some other highlights to watch for – the bittersweet Brigsby Bear starring SNL‘s Kyle Mooney, an action comedy with Ryan Reynolds and Samuel L. Jackson, plus two new films from acclaimed directors Kathryn Bigelow and Steven Soderbergh.

Don’t miss our comprehensive list of all the big movie titles coming to theatres in August.

The wait is finally over. Following years of development hell, author Stephen King’s seminal series finally hits the big screen. With a brisk runtime of just 95 minutes, don’t expect a sprawling saga that encompasses all the Dark Tower books in one epic feature. The film is actually considered a continuation of the science-fiction/western/horror/fantasy hybrid novels.

A mysterious figure, known as The Gunslinger (Idris Elba), is locked in an eternal battle with the cunning Man in Black (Matthew McConaughey) and must prevent him from destroying the Dark Tower, which hold the universe in balance. Watch for plenty of scrutiny from many devoted readers.

Imagine being kidnapped as a child and your only connection to the outside world is a fake kid’s show about a galaxy-saving teddy bear. Such is the premise of Saturday Night Live’s Kyle Mooney (who plays the lead role and co-wrote the story) and Dave McCary’s charming offbeat comedy.

Acclaimed director Kathryn Bigelow (Zero Darky Thirty, The Hurt Locker) returns with another searing, Oscar-buzzworthy drama based on real life events. This time she focusses on a Detroit police raid in 1967 that resulted in one of the biggest race riots in US history.

Heads up, horror lovers! The fourth flick in the super spooky Conjuring universe, and a paranormal prequel to the original, gets set to crank out the jump scares once again.

Over 10 years after the tragic death of their daughter, a dollmaker and his wife give shelter to a nun and several children from an old orphanage. It turns out one of the couple’s creations is a possessed doll named Annabelle and, let’s just say, she ain’t happy.

Sicario screenwriter Taylor Sheridan makes his directorial debut with this icy drama. Set during a frigid Wyoming winter, a Fish and Wildlife Service agent (Jeremy Renner) teams up with a rookie FBI agent (Elizabeth Olsen) to investigate the murder of a local girl on a remote Native American Reservation.

The world’s top bodyguard (Reynolds) is hired to protect his arch rival – a deadly hitman (Jackson) who is supposed to testify at the International Court of Justice. The two must overcome their differences (hopefully in hilarious fashion) and take down a ruthless Eastern European dictator played by Gary Oldman. Other cast highlights include Salma Hayek (as Jackson’s equally notorious wife) and Daredevil’s Élodie Yung.

Master filmmaker Steven Soderbergh is back with a comedy caper that blends Ocean’s 11 and NASCAR racing! This humourous heist flick stars Channing Tatum, Adam Driver, and Mad Max: Fury Road’s Riley Keough as siblings who attempt to pull off an elaborate robbery during the legendary Coca-Cola 600 race in North Carolina.

The director described the script, from Rebecca Blunt, as an “anti-glam version of an Ocean’s movie”. In addition to several impressive leads, the film has a talented ensemble cast including Daniel Craig, Seth MacFarlane, Katie Holmes, Hilary Swank, Katherine Waterston, and Sebastian Stan.