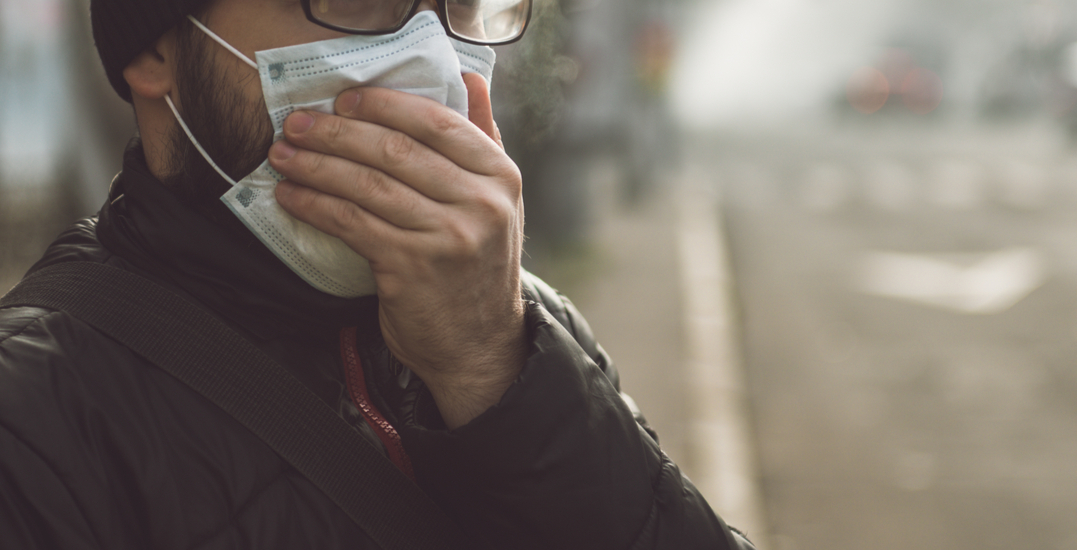 Whether it’s the media, friends, co-workers, or social media, there are many things being said about the COVID-19 virus right now.

Some seem to think that it will blow over and that it’s no big deal. Others claim it’s growing faster and more dangerous every day.

Vancouver-based filmmaker Mostafa Keshvari has written, directed, and produced a feature film titled Corona. He began writing the script for the film when the virus was at its early stages and the fear of the virus spreading was just beginning. The film explores the xenophobia and the fear that is spreading across the world — perhaps faster than the virus itself.

The plot takes place entirely in an elevator filled with neighbours from all walks of life. When the elevator gets stuck, fear of the virus quickly erupts, only to be complicated by the presence of a Chinese woman who cannot speak English. Her inability to communicate results in the others in the elevator becoming more afraid, perpetuating stereotypes, and making uninformed judgements.

The anxious panic of Corona is captured by its demanding shooting style. This film contains zero cuts, which not only forces the audience to experience this situation at its most realistic, but gives the actors a nervous tension throughout.

With Corona consisting of just a single one-hour take, it took the cast and crew 70 different attempts to get exactly what they needed.

A project like this puts a lot of responsibility on the shoulders of the actors, and Keshvari mentions how crucial they were to the success of this story.

“The cast — Andrea Stefancikova, Andy Canete, Emy Aneke, Josh Blacker, Richard Lett, Traei Tsai, Zarina Sterling — did an unbelievable performance, which I can’t wait for the audience to see. So proud of my entire cast and crew for believing in this project,” he says.

Corona is a story that feels incredibly relevant to the current moment, but also to anyone who has faced racism and discrimination in their life. COVID-19 is frightening; there’s no doubt about it. 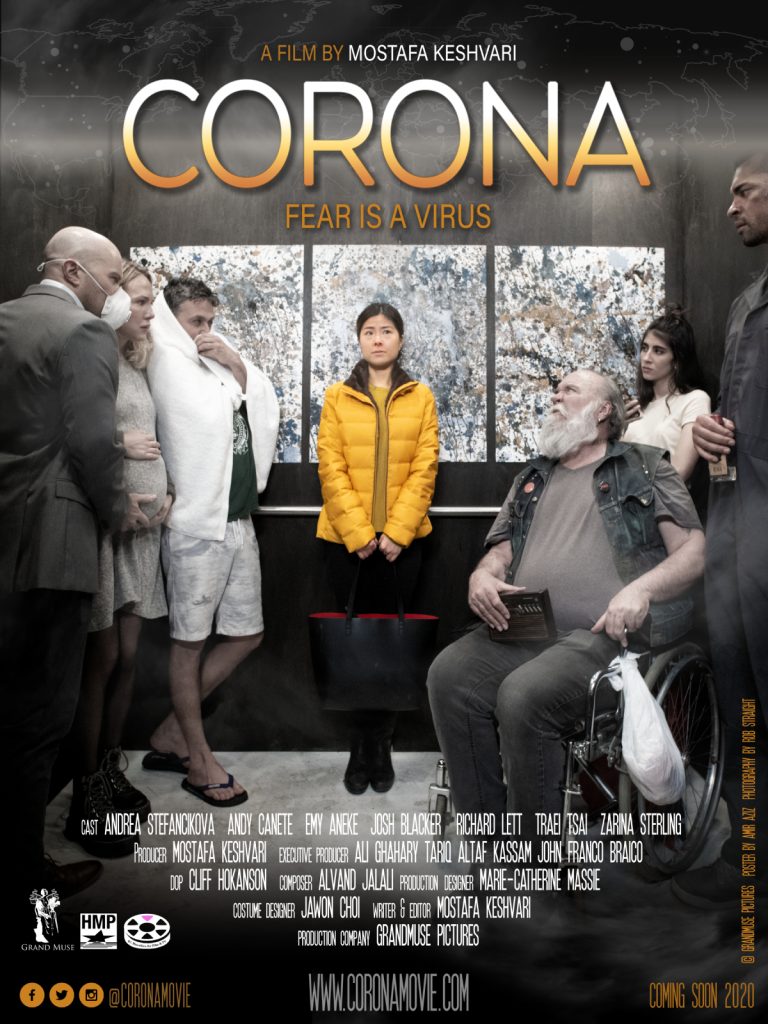 “Corona” a film by Mostafa Keshvari

Executive Producer Tariq Kassam references President Donald Trump’s recent use of the divisive term the “Chinese virus,” which has been used to politicize the pandemic, defer blame, and single out people of Chinese ethnicity.

“This rhetoric is adding to racial tensions. This virus knows no borders and does not discriminate. We should be focused on preventing the spread of the virus, protecting our most vulnerable members of society, demonstrate solidarity and be kind to one another,” says Kassam.

The film makes the case that we need to remember we are all facing this together as a community. The virus doesn’t discriminate, so why should we?

The Corona team is set to attend film festivals, and Keshvari hopes the film will be readily available on streaming platforms soon. The trailer for this film, however, is already available and can be viewed here.