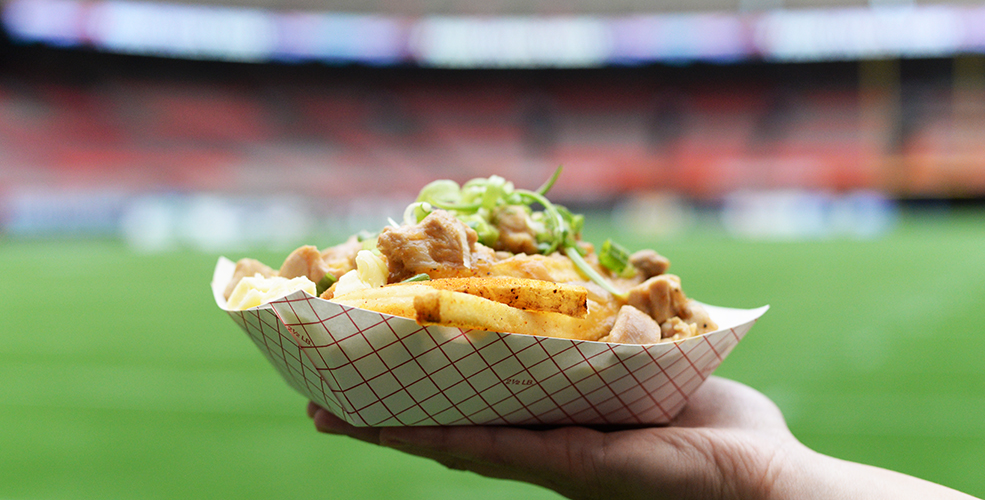 For sports fans, there’s nothing quite like the fever pitch of being at the game. The roar of the crowd, the sense of community, and of course the food and drink. Stadium eats have evolved in the past few years, embracing all sorts of trends from “the bigger the better,” to multi-ethnic options, and healthier veg-centric fare. 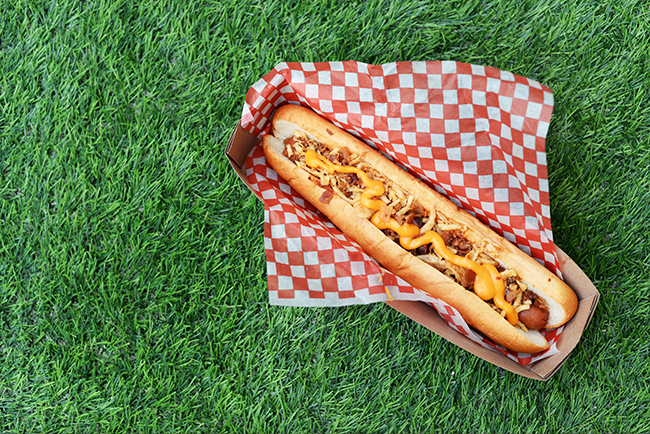 As the 2016 BC Lions season is about to kick off, BC Place and the Centerplate culinary team took some time to show off what’s cooking that’s new this year. Following the introduction of Vancouver Indian food powerhouse Vij’s and the Thirsty Pigeon premium beer stands, 2016 brings the addition of the “Beast on Fire” grill, showcasing a rotating selection of “butchery-style” roasts. 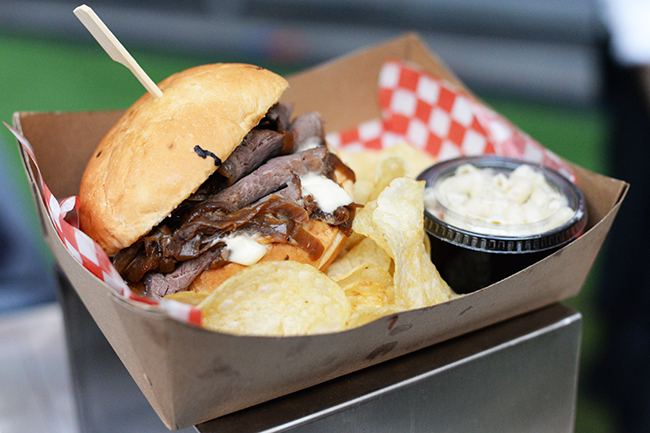 Chef Will Tse, who is overseeing the menu, says his goal is to run things “like a big restaurant,” thinking of the comprehensive picture of what all the vendors together offer hungry fans. Over at Beast of Fire they’ll be slicing Prime Rib and piling it on a locally-made onion bun, adding sweet caramelized onions and tangy horseradish sauce for a satisfying sandwich selection. 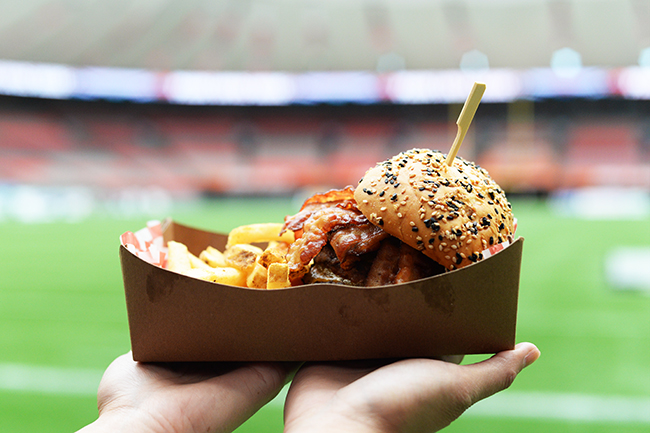 Another change BC Place has embraced is to focus on sourcing local ingredients and components, and making as much as possible on site–like Beast on Fire’s Beef Jerky. Of Tse’s menu, BC Place Stadium Director of Business, Graham Ramsay says he’s “really elevated the game.” 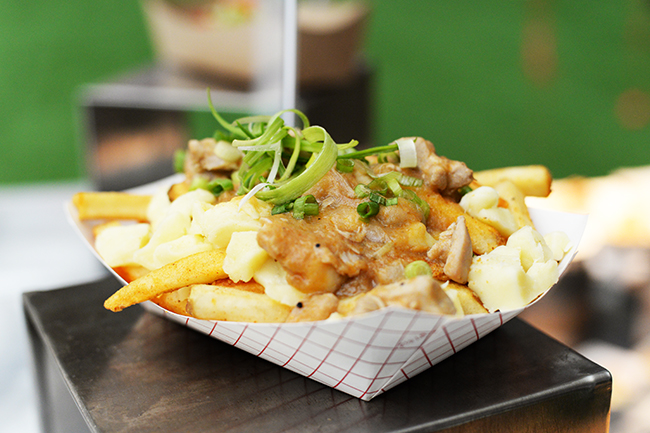 Tse is definitely scoring extra points with food lovers with his plan to change out and add to the menu as the season progresses, so look for even more to choose from.

Here are the new foods available at BC Place this season: 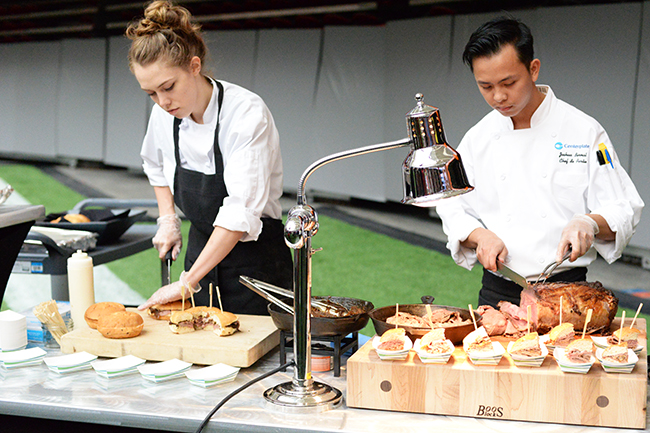