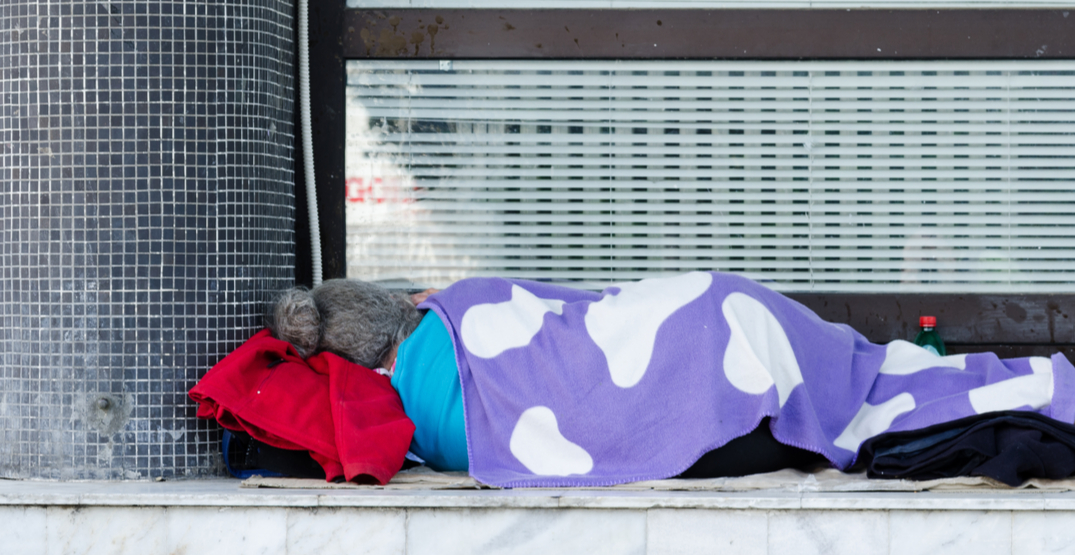 The preliminary results from the 2020 Metro Vancouver Homeless Count released on Wednesday found that 2,095 Vancouver residents are without a home – a decline of 128 people compared to last year.

In a release, the City of Vancouver said the results also indicate that, despite the creation of new housing units, there continues to be a disproportionate number of people who identify as Indigenous who are experiencing homelessness.

Racial identity data collected for the first time in a regional count revealed that Black people are significantly overrepresented among racialized groups experiencing homelessness – 6% of respondents identified as Black compared to 1.2% in the Metro Vancouver general population followed by “Asian – South” (3%), and “Latin American” (3%).

“These disparities highlight the continued work needed from all levels of government, including the city, on reconciliation, decolonization, equity, and anti-racism,” the city said.

The Homeless Count – conducted every year in Vancouver since 2010 and in Metro Vancouver every three years since 2002 – provides important information about the number and experiences of people who are homeless in the area being surveyed.

The city said it uses this data to inform its own policies, as well as funding and supports requests to senior levels of government.

“We continue to partner with BC Housing to create safe, secure, and affordable housing for people experiencing homelessness, including temporary emergency measures, such as homeless shelters and navigation centres, and additional longer term options, such as the expedited creation of more supportive housing,” the city furthered.

And while the count “remains a key tool” in tracking homelessness trends, the city also noted that “some factors that may have impacted the results this year.”

Firstly, the count took place in the early stages of the COVID-19 pandemic (March 3 and 4), prior to the province declaring a State of Emergency on March 18.

“We know that COVID-19 has had a disproportionate impact on people on low-incomes due to job losses and, despite provincial and federal funding supports, the pandemic has created more precarious housing situations for many people,” the city said.

As well, “the count is recognized to be an undercount as some people who are experiencing homelessness do not want to participate in the survey. Others, such as women, youth and those experiencing hidden homelessness, may be less likely to be included in the count due to the nature of the methodology.”

Moreover, “the stigma associated with homelessness also can impact a person’s willingness to participate in the count or to be identified as experiencing homelessness.”

The full results from this year’s count will be published and presented in the fall.