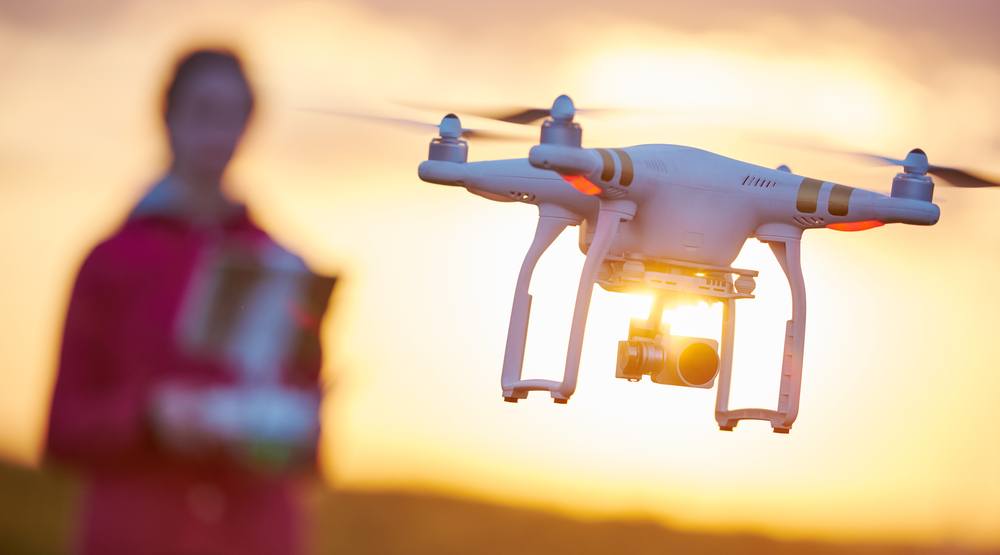 The idea of a drone hitting an airplane and causing a “catastrophic event” is the kind of “nightmare scenario” that keeps Transportation Minister Marc Garneau awake at night.

Garneau made the remarks during a news conference at Toronto’s Billy Bishop Airport on Thursday, where he announced new restrictions and regulations regarding where drones can and can’t be operated.

“Up to now, we’ve had the dos and don’ts for recreational drone use, but they were only guidelines and there were no penalties for ignoring them,” Garneau said.

Under the Aeronautics Act, Garneau said, when there is a “significant risk to aviation” the Transportation Minister has the power to issue an interim order until new regulations can be enacted “and that’s what I have done today.”

Garneau issued an order “effective immediately” that prevents anyone from operating a recreational drone “higher that 90 metres, at night time, within 75 metres of buildings, vehicles, or people, or within 9 kilometres of any airport, heliport, seaplane base or airstrip where aircraft take off or land.”

In issuing the order, Garneau added that he believes that “the right balance” has to be struck between encouraging the drone industry and doing it responsibly.

“As I say, I have a responsibility… to ensure safety of citizens and ensure the safety of our aircraft,” he said.

Drone rules welcomed by everyone…

Garneau’s announcement was welcomed by those in the airline industry.

“This is good news for all airlines, their passengers and crews, but also for the general public,” said Jean-François Lemay, President of Air Transat in a statement.

“Drones, which are constantly increasing in number, can pose a real threat to civil aviation if they are not used responsibly.”

“The proliferation of UAVs operating in airspace around airports has been frightening, and we are pleased the Government of Canada has taken concrete steps to keep Canada’s airspace safe.”

Even those in the drone industry supported the move.

“While these rules will have no direct impact on our business, we support them because they begin to establish ground rules and allow us to move forward in working with government to establish policies and regulations that keep pace with the progress being made by the industry,” said Richard Buzbuzian, President, Drone Delivery Canada. “Right now those regulations are lagging behind the progress that is being made.”

But others took to Twitter to ask how exactly – and where – drones in some cities would be allowed to fly.

Someone please tell me if “anywhere that aircraft take-off and land” means we can’t fly drones near lakes now? @Transport_gc #drones #canada

New drone rule banning use within 9km of where aircraft take off should mean no drones anywhere in @CityOfVictoria due to float planes. #yyj https://t.co/HIyEz0LxcV

Anyone violating the new rules could be subject to a fine of up to $3,000.