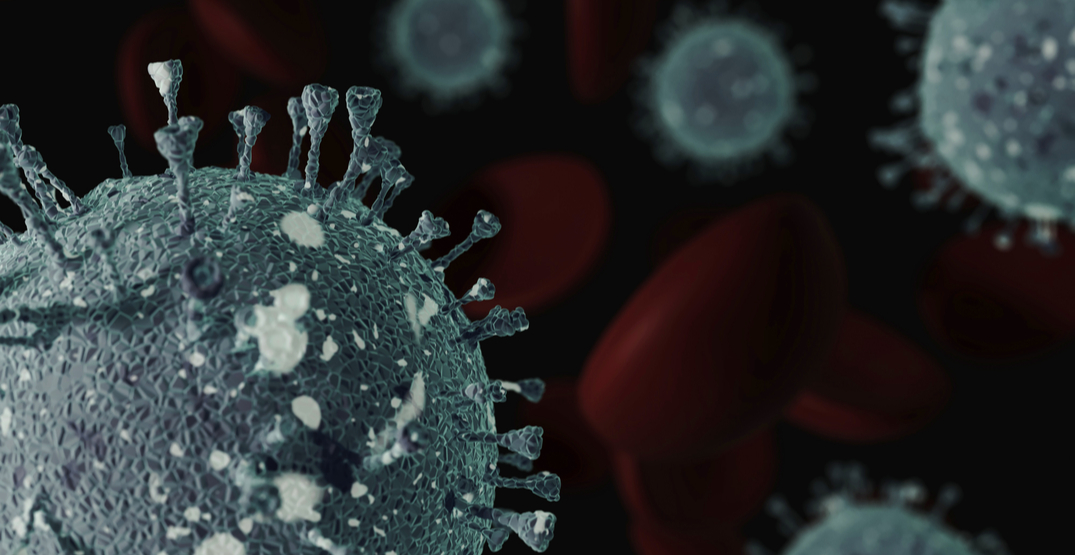 The Province of Ontario confirms there are 401 new known cases of COVID-19, bringing the province’s total up to 2,793, as of Thursday morning.

A total of 53 people have died from coronavirus, with 16 newly reported deaths since the last update on Wednesday.

The province says that 831 patients have recovered and 2,052 are currently under investigation.

Ontario has also reported 26 outbreaks in long-term care homes, a much higher number of outbreaks than what was reported on April 1, which was 12.

The Greater Toronto Area public health units account for 53.6% of the cases. 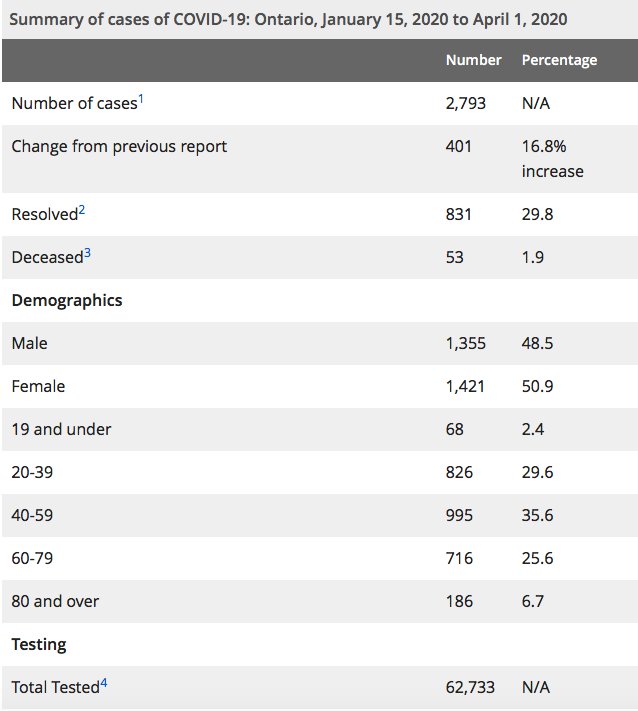 And, 11.5% of cases were hospitalized and 53 deaths have been reported — though there may be a reporting delay for deaths.

According to the province, a new breakdown of information, introduced Monday, provides more provincial and regional data on confirmed cases, demographics and trends of cases since the outbreak began including geography, exposure, and severity.

The daily summary is based on data reported by the 34 public health units across Ontario and recorded in the province’s integrated Public Health Information System (iPHIS).

iPHIS is the Ministry of Health’s disease reporting system where data is regularly updated, where data for each day’s summary will be pulled from at 4 pm the previous day.

As the cases continue to rise, Ontario extended the state of emergency for another two weeks, including further measures to ensure of physical distancing in public areas by closing all recreational facilities.

Canada currently has 9613 total cases and has reported 109 deaths nationally as of April 1.