The new City of Vancouver logo, approved at City Council on Wednesday night, was inadvertently rolled out back in January before approval, Daily Hive has confirmed.

The new wordmark was in fact used by TransLink on an invite to open house events regarding the Millennium Line Broadway Extension back in January. 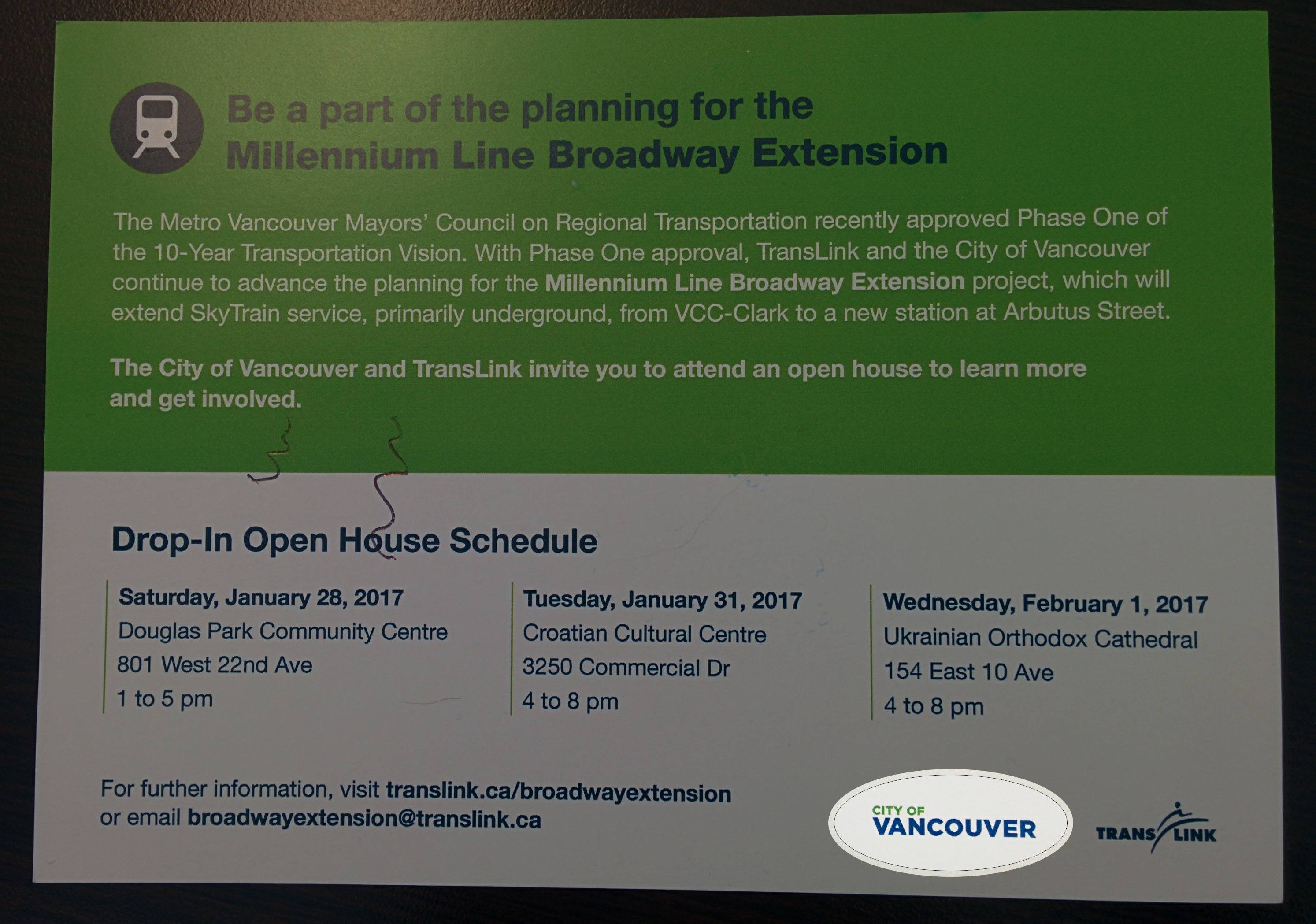 The City’s Director of Corporate Communications Rena Kendall-Craden told Daily Hive the premature use of the wordmark by TransLink was down to advance planning.

“They’re partners with us, and we were working on products in the background, so that they would have materials ready to go out for their consultations,” said Kendall-Craden. “I expect it kind of slipped through the cracks and got out.”

When contacted for comment, TransLink referred us to the City of Vancouver.

The new wordmark had also probably been used prematurely in two other pieces of communication both possibly by the City, said Kendall-Craden.

“But I asked for everything to be pulled back about three or four weeks ago, if there was anything that graphic designers or staff had put out,” she said.

The new logo, which cost $8,000, has a bolder, simplified wordmark using the same colour scheme as the old one, albeit reversed. The lettering is in Gotham Font.

The old logo (left) compared to the new design on the right (Image: City of Vancouver)

The new logo has caused some controversy, with many Vancouverites objecting to the change and Coun. George Affleck and Coun. Melissa de Genova voting against it at Council.

‘Outside the bounds of good democracy’

Kendall-Craden acknowledged the new logo had been contentious, but stressed that councillors were not being asked to approve the wordmark, only its rollout, on Wednesday.

Asked whether she thought the wordmark itself should have been put to City Council, Kendall-Craden said she didn’t know how that would work.

“I think at some point it’s a good idea to let the staff do their work and provide the best advice,” she said. “Should Council have been in a position to vet and approve, which then becomes a ‘by committee’ process? I’m just not sure how that would work.”

“We spent a long time working on this and when you look at it… it’s not a really huge jarring change that changes our identity.”

NPA Coun. George Affleck told Daily Hive that, “like so much at City Hall”, this proves that things are a done deal before they come to a vote in the chamber.

“Vision is operating outside the bounds of good democracy and good governance. They could care less what the people think,” said Affleck by email.

“They ram things through, and in this case, launch something before the rest of us elected get to debate and vote. It’s very concerning.”