Picture this: four rooms, four buyers and four chances to make that one life changing deal.

“It’s a collision between Dragon’s Den and Antiques Road Show,” says Executive Producer Tracy Tighe of CBC’s upcoming show Four Rooms.Set to launch in January of 2014, the new show focuses on finding one-of-a-kind collector items that could be worth money. “It’s been proven through the success of storage wars, Antiques Road Show and pawn shop shows, that there is a whole group of people who love collectible-style shows, and who like to see the negotiations and exchange of money,” says Tighe.

The prospective sellers appear in studio with their items, and meet with some of Canada’s top collectors, negotiators, antique experts and art enthusiasts, who are patiently poised to bargain or buy in four different rooms. The buyers (yet to be decided) will bid against each other with money out of their own pockets, to acquire the item of interest. That interest is not only fueled by the potential price tag, but by the story behind it. “We are looking for how the seller came upon the item,” says Tighe. “Is it a family heirloom? Did they find it in a dumpster and discover it had value, why do they want to sell it, why is each item precious?”

The cross-country audition tour kicked off earlier this month and will see stops in Victoria, Calgary, Halifax, North Hatley and finally Toronto. Vancouverites had a chance to pitch to the producers of CBC on Monday, and didn’t disappoint. A collection of valuable items were praised, including an 18th Century Opium Bed painting, Complete TOPS and Park Hurst hockey card sets from the 50’s, a painting by Earl Bascom – a man considered to be the father of modern rodeo and the “cowboy of cowboy artists,” a diamond encrusted gold statue known as The Maltese Eagle, and a collection of GI Joe’s (hailed as the second best collection in North America) with originals from the 1950s/60s, including prototypes and rare pieces. 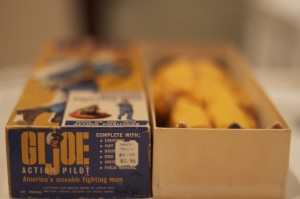