A new residential development slated for the Downtown Eastside will consist of a major social housing component.

On Tuesday, the City of Vancouver’s Development Permit Board green lighted 288 East Hastings Street, at the southwest corner of East Hastings Street and Gore Avenue, just beyond the borders of Chinatown. The 13,499-square-foot development site, directly across the street from First United Church, is currently occupied by one- and two-storey small business retail buildings.

According to city documents, the 120-foot-high, 12-storey building will be outfitted with retail on the ground floor and 172 residential units on the upper floors, including 104 units of social housing, 68 units of market housing, and six units of handicap housing. As well, 35 units of the social housing stock will be rented at income assistance rates of $375 per month.

These allocations are based on the 60/40 housing model established in the recently approved Downtown Eastside Community Plan.

“It’s great to see this project move forward, bringing new affordable housing into the heart of the Downtown Eastside,” said Mayor Gregor Robertson in a statement. “The 60/40 zoning was a key policy that council implemented to reduce land speculation in the Downtown Eastside, and to ensure that new housing projects strike a balance.”

By 2021, the municipal government has a stated city-wide goal of creating 5,000 market rental housing units and 2,900 supportive housing units. There is also a separate target of adding 1,400 units of social housing and 1,650 units of market housing within the Downtown Eastside neighbourhood. 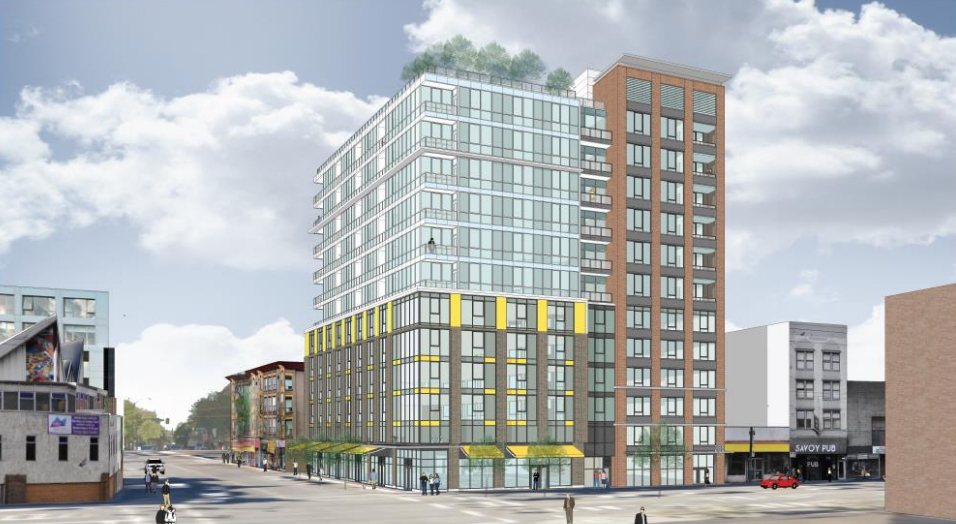 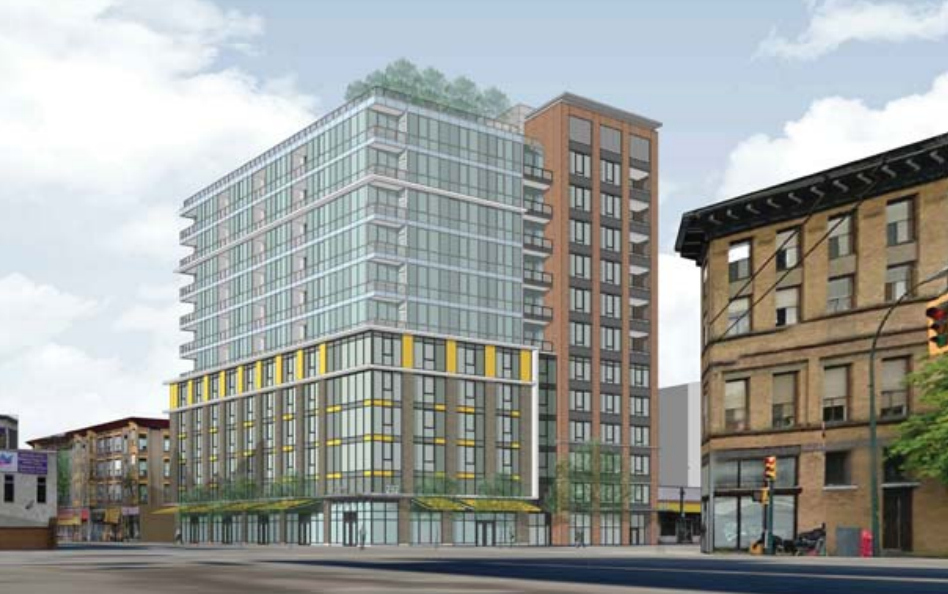 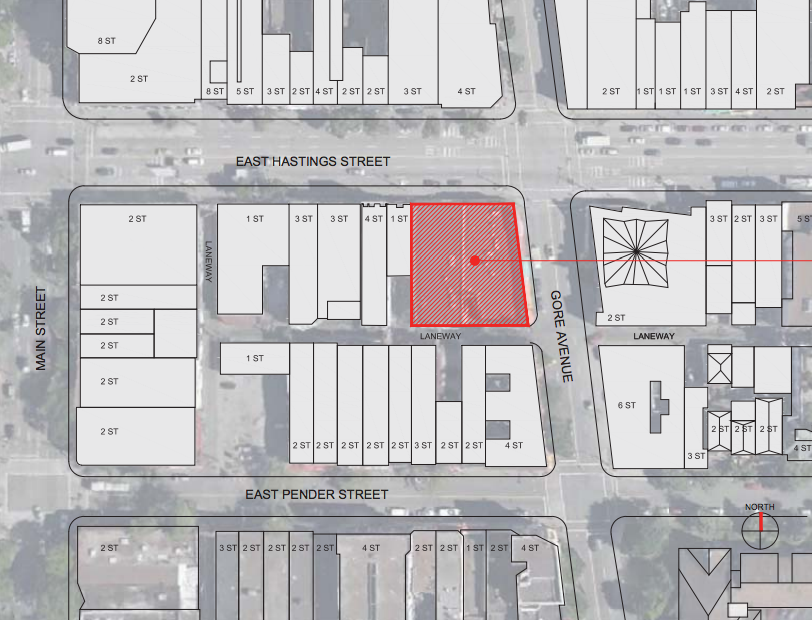 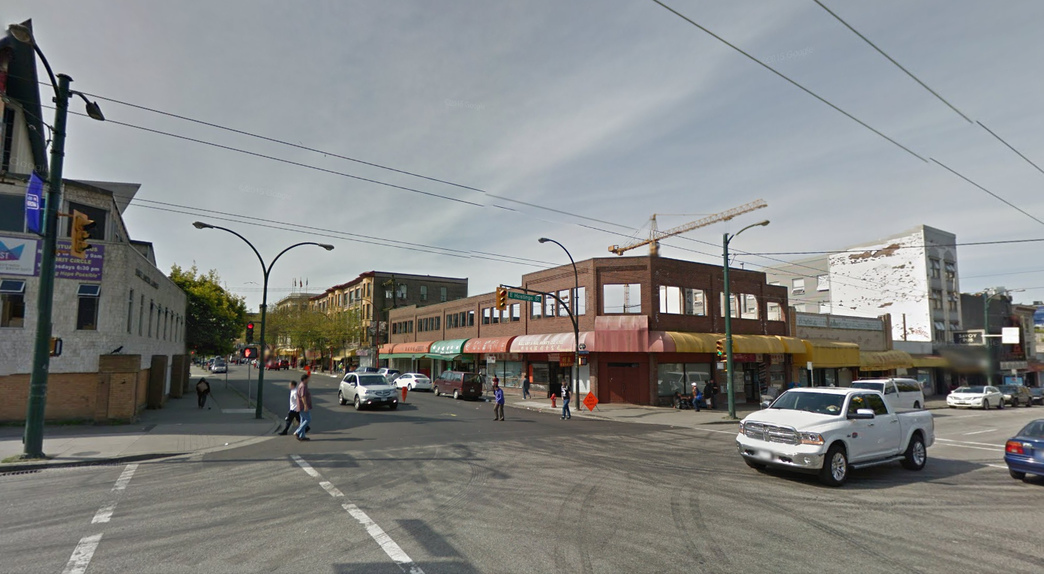