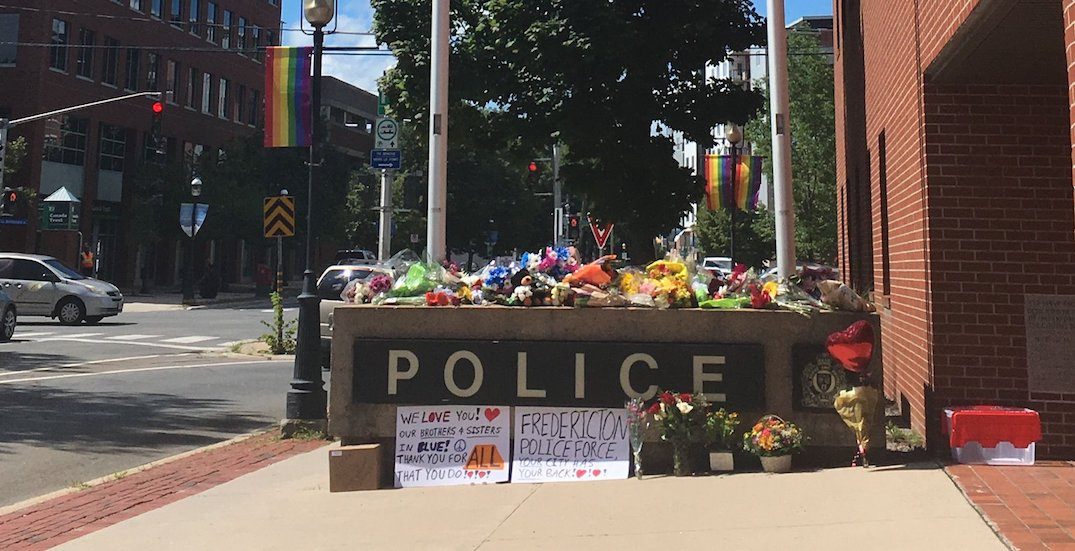 A 48-year-old Fredericton man has been charged with four counts of first degree murder in connection with New Brunswick’s fatal shooting on Friday morning.

On August 10, at approximately 7:10 am, near an apartment building on Brookside Drive in Fredericton, four people were killed during the shooting.

Robichaud and Wright were a couple, and were recently announced as ‘in a relationship’ on Facebook. There are no details on whether or not the suspect was known to them.

Raymond, who is still in hospital, will remain in custody until a court appearance on August 27, according to police, and the investigation is continuing.

The victims’ families released statements over the weekend, thanking first responders who were on the scene.

“Sara absolutely loved her job, and went to work each shift committed to serving this great community,” said the Burns Family. “We appreciate all of the thoughts and prayers during this difficult time.”

Cst. Costello was described as the “single most positive person.”

“Robb loved the unit work, but loved being on patrol even more,” said Jackie Steeves on behalf of the Costello Family. “He was often heard to say he was a ‘CFL’ – Constable for life. He loved the people, he loved the variety of calls, but mostly he loved being able to de-escalate an escalating situation. I know he responded eagerly and willingly to that last call.”

Our deepest condolences to the families of our fallen members 45-year-old Lawrence Robert Costello and 43-year-old Sara Mae Helen Burns and the other victims in this morning’s shootings. pic.twitter.com/9TeWn5OqWx

Prime Minister Justin Trudeau was in New Brunswick on Sunday and laid flowers in front of the Fredericton Police station.

“There is no greater gesture than to put oneself in harm’s way to protect the life of another,” said Trudeau in a statement. “We will not forget the two fallen police officers whose sacrifice no doubt saved lives and prevented even greater tragedy.”

Trudeau said the people of Fredericton “are courageous, strong, and resilient.”

“Canadians stand with you during this difficult time,” he said.

During tough times, we pull together. Today, @MattDeCourcey and I joined a grieving community to remember the victims of Friday’s shooting. #FrederictonStrong pic.twitter.com/reYbdts4Uh