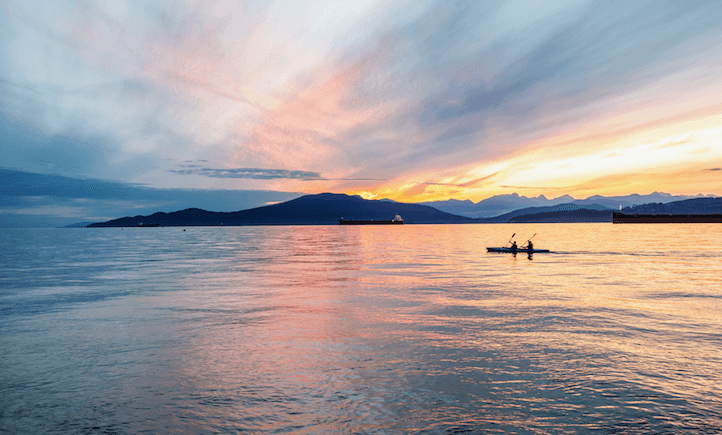 Get ready to explore BC’s coastline.

The BC Marine Trail Network Association is creating the Salish Sea Marine trail, which will connect the mainland to Vancouver Island.

The 257-kilometre trail will allow small boat and paddle craft users to travel their way from Horseshoe Bay to Clover Point in Victoria. The trail also winds through the Gulf Islands and each stop will have accessible camping sites for overnight trips. 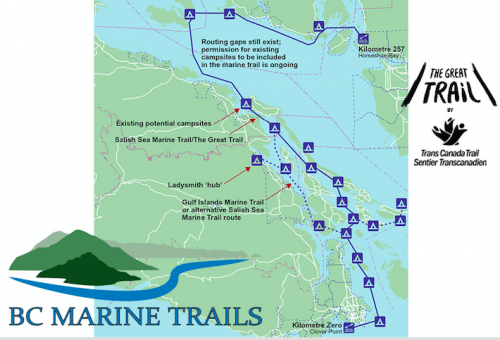 “There are so many beautiful, different things (to see) and if you don’t do it all in one trip you can break it up into some spectacular portions,” John Kimantas, acting project manager for the BC Marine Trail Association (BCMTA), tells Daily Hive.

Some notable stops along the trail include the Winchelsea, Ballenas, Lasqueti, and Texada islands as well as Howe Sound and the Gulf Islands.

According to Kimantas, the entire trail will take about a week to complete.

He says that if you are not an expert paddler it will be best to ease into the trail and not attempt the whole route.

“My philosophy about kayaking or paddle sports is that all things are safe at the right time but you have to be prepared for the eventualities that might come by. You have to know the weather, you have to the conditions, you have to know what to expect,” said Kimantas.

The Salish Sea Marine trail is set to open on July 1, 2017, in celebration of Canada’s 150th birthday.