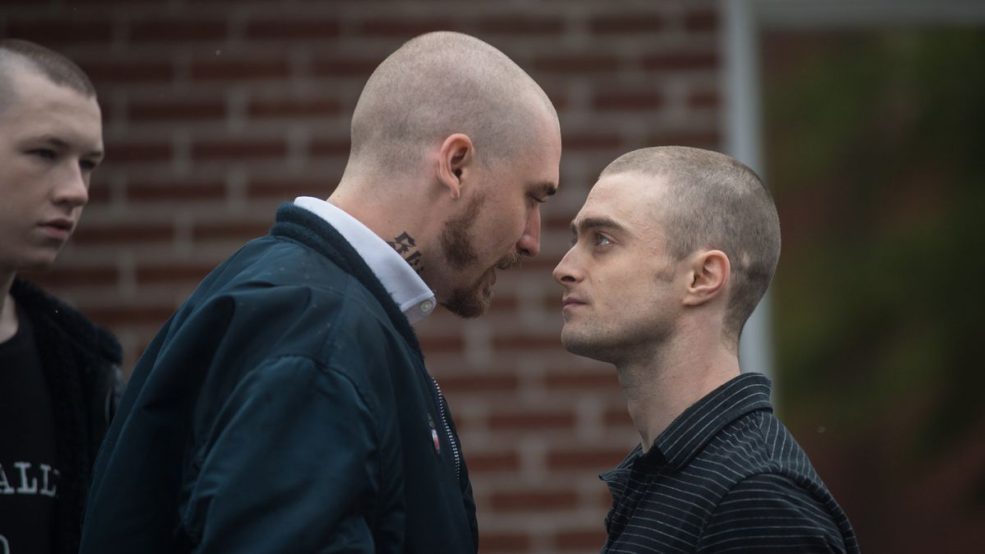 We are still in the grips of winter which has given a whole new meaning to Netflix and chill.

There’s a load of new things dropping this month, as you can see in our Everything Coming to Netflix Canada in February list. But here I cherry pick the best in show for the month ahead.

I mix a few oldies with a few new goodies and have created a list of must sees for the month. Obviously, I would have liked to have included season four of The 100, or the new Netflix original iBoy or even maybe the classic Scorcesse film Gangs of New York, but in the interest of brevity I can only give you 8 picks.

So let’s enjoy the 28 days of February by having one hand on the remote and the other holding a coffee and Baileys. Is it spring yet?

This in-depth documentary talks to all the movers and shakers within mixed martial arts community about the sport’s meteoric rise. Whether you are a fan or just curious, this doc does a great job of taking a close up look at the men and women who are paid to fight for a living.

This horror comedy is about Joel (Timothy Olyphant) and his wife Sheila (Drew Barrymore) who are both in the realtor racket. Things become bloody after it is discovered that Sheila is no longer alive but a walking dead person (Don’t say Zombie). This one looks interesting and with both Barrymore and Olyphant involved it has a ton of potential. I haven’t seen it, but it’s worth giving it a test drive.

When a young father returns home from prison, he is eager to change his life around and take care of his son. He has a new perspective about the world around him and wants to become a writer but the community of Watts, Los Angeles is a tough place to raise a kid and reach for your dreams.  This film did well at Sundance back in 2014 and Netflix was able to secure the rights to show a wider audience one of John Boyega’s best performances. This is a must see.

David Brent: Life on the Road

The Office was an original 2001 British comedy television series that made Ricky Gervais aka: David Brent a household name. It eventually spawned an American version that was also a huge success. Now the series gets it’s own feature length movie as a camera crew catches up with Mr. Brent who now fancies himself a rock star who is touring on the road. This has late night comedy potential.

This is a 2011 classic that not only has superb cinematography but a soundtrack that put Retro Synth-Wave on the map. It also boasts a great cast with the likes of Ryan Gosling who just oozes coolness as a stuntman driver who also moonlights as a getaway driver. One night he finds himself in hot water after he decides to help his neighbour. If you haven’t seen this one yet, now is your chance.

This film had no fanfare on its cinematic release and was pretty much straight to video on demand. But Radcliffe gives a fantastic performance as a young FBI agent who goes undercover as a white supremacist. It’s nice to see this film on Netflix where it will get more attention. In this day and age a film like this cuts to the core.

This looks like a quirky crime drama from the minds who brought us Green Room. I haven’t seen this film yet but the trailer drew me in immediately and this looks to be a surefire winner for Netflix. The story is about a woman named Ruth (Melanie Lynskey), a nursing assistant suffering through a crisis of existential despair. But when her house is burglarized, Ruth finds a new sense of purpose by tracking down the thieves alongside her obnoxious neighbour (Elijah Wood). But they soon find themselves dangerously out of their depth against a pack of degenerate criminals.

The show American Ninja Warrior has been a huge success, and so the stakes are even higher when some of the best obstacle course athletes in the world gather to try and become the Ultimate Beastmaster. Contestants have to complete all the obstacles within a large looking beast, and Netflix will have all ten episodes at your fingertips. It’s cool to see game shows make their way to Netflix and it’s spectacles like this that take sports entertainment to a whole new level. I predict this to be an instant hit. But when do Canadian athletes get a chance?

Say Goodbye to the Following:

February 2
This is Where I Leave You

February 7
A Most Violent Year