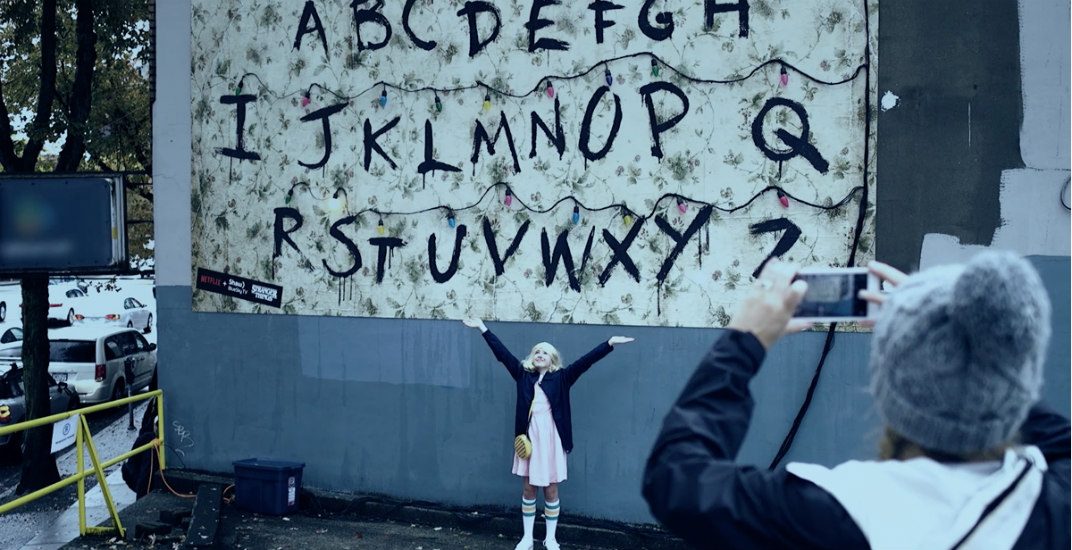 To celebrate the integration of Netflix into Shaw’s new BlueSky TV platform and the release of Season 2 of Stranger Things, the two brands teamed up to create an exciting scavenger hunt to surprise fans around the city in the theme of the show.

Located at Kingsway and Broadway, the iconic (and scary!) alphabet lights featured in Season 1 of Netflix’s Stranger Things were reimagined to share messages and clues with fans that revealed specific locations around the city:

Once fans reached the secret locations spelled out by the lights, they unlocked prizes like the new iPhone 8, iPads, TVs, official merch, Netflix gift cards and Eggo waffles, courtesy of Shaw.

A post shared by Linda Sophia Leclair (@sophialeclairphotography) on Oct 20, 2017 at 4:12pm PDT

But first they had to complete a few challenges in the theme of the show including things like finding a remote hidden in at Tea Swamp Park:

Or finding a remote in a pool full of slime on the school grounds around the corner:

And a pumpkin patch hidden directly under the lights, almost like the UPSIDE DOWN!

The grand prize was the ultimate binge pack including a recliner, soundbar, 53” TV and Netflix gift cards (and all the EGGOS!):

Stranger Things Season 2 starts streaming October 27 and is now available to binge-watch via Shaw’s BlueSky TV with a subscription to Netflix.