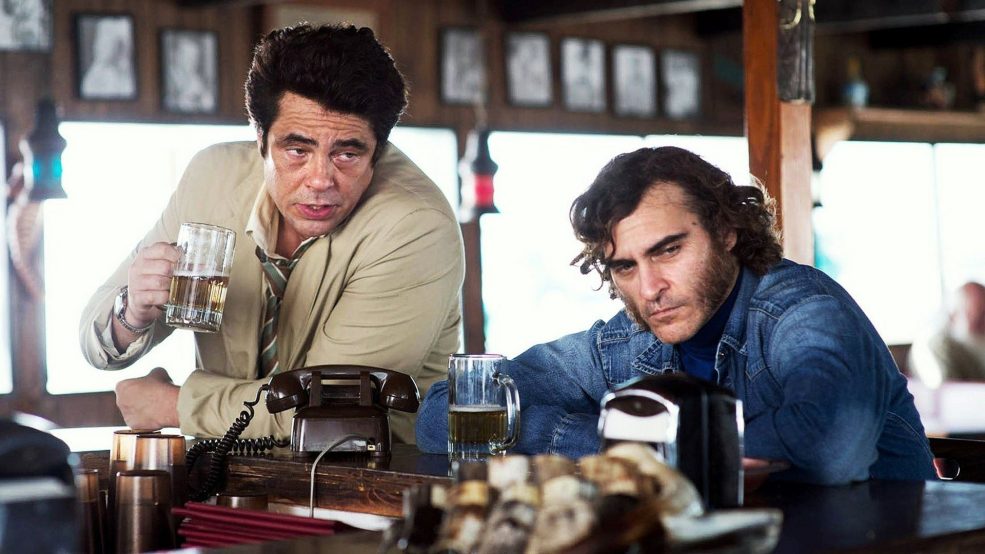 In the month of November we have a few things going for us (or against us), rain or snow, Netflix, and leftover Halloween candy. Honestly that is the trifecta of full Couch Lock.

Last month we highlighted a few flicks to check out including some of the best horror films on the huge streaming site. This November is all about original Netflix content (and there is a lot of it) with a few other films that should also grab your attention.

Obviously, the much ballyhooed Gilmore Girls reboot is still a few weeks away, but while you wait for your Rory and Lorelei fix, you can check out the much anticipated Netflix original series The Crown or you can go in the complete opposite direction and see Sir Patrick Stewart as an evil neo-nazi in the violent and intense film Green Room.

Below is a list of eight shows you should check out on Netflix this month with a little something for everyone.

This is a heart warming biopic about Britain’s “greatest?” ski jumper, Eddie “The Eagle” Edwards. Back in the ’80s, Eddie qualified for The Olympic Games by posting a bare minimum score and being the only ski jumper from his country. In 1988 he competed in the Olympics from Calgary and finished dead last in both the 70 m and 90 m events. He became a beloved character within the Games and a symbol of perseverance. Great performances by Taron Egerton and Hugh Jackman make this film a must-see.

Not only are Thomas Pynchon’s books hard to adapt, but when you bring on a director like Paul Thomas Anderson to direct the film, you can expect the obscure and bizarre. Inherent Vice will remind you of The Big Lebowski with a touch of Fear and Loathing in Las Vegas for good measure. This story is about a Private Investigator named Larry “Doc” Sportello (Joaquin Phoenix) who is approached by his ex-girlfriend to help stop her boyfriend from getting sent to a mental institute by his wife. Yeah, just go with that. This film is best enjoyed with munchies.

There are a few new stand up specials on Netflix this month, but the one that stands out to me is Dana Carvey returning to the stage. Carvey has been out of the game for a long time, but that just means he has years of material to work with. Expect a lot of laughs as the iconic former SNL cast member takes on US politics, family life, and more.

This is one of the most expensive shows Netflix has ever produced and is a cross partnership between American and British television production companies. Based upon the award winning play The Audience, this Netflix original tells the story of Queen Elizabeth II’s (Claire Foy) early days of royal life. Peter Morgan who wrote the Academy Award winning film The Queen, is the show creator and he has partnered up with director Stephen Daldry (Billy Elliot) to bring 10 episodes of binge worthy television. This has instant hit written all over it.

This isn’t one of those feel good documentaries but it’s definitely important. The Ivory Game is an epic documentary about poachers in pursuit of the “white gold’ of ivory. Director Richard Ladkani puts a team together and goes deep undercover to infiltrate the corrupt global network of ivory trafficking. The film needs to be seen by everyone as time is running out for the African elephants. Netflix is churning out so many fantastic docs.

This was originally scheduled to be on Netflix back in September, but for whatever reason it was moved to November.

A down on their luck punk band is at the end of their tour and need to make some extra cash to get home. So they take a gig at an isolated rural club, only to discover that their hosts are neo-nazis. This is one of the best films of the year but be forewarned: it’s intense and at times violent. A very good ensemble cast highlighted by standout performances from the late Anton Yelchin and a very creepy Patrick Stewart.  This is an intense and at times horrific little film. Enjoy.

Maggie (Greta Gerwig) wants a baby but the problem is the man she is in love with is married. But no worries, John (Ethan Hawke) ends his marriage with the brilliant and impossible Georgette (Julianne Moore) so that he can be with Maggie. One child, and a few years later, Maggie and John are in full relationship mode, but things are starting to sour and Maggie realizes that John was much better off with his ex-wife so she tries to figure out a way to get them back together.

If you like a little quirkiness in your romance films then Maggie’s Plan has it in spades. This film has a fantastic cast and definitely a great film for a lazy Sunday inside.

Gilmore Girls: A Year in the Life

For many, November 25 can’t come soon enough. Hang onto your Halloween candy for a weekend of Gilmore Girls binging. There will be four-90 minute installments, each set in a different season. The episodes will focus on Lorelei, Rory and Emily as they deal with life and family issues in their little Connecticut town. It’s everything you loved about the Gilmore Girls wrapped up nicely into four little movies with a bow.