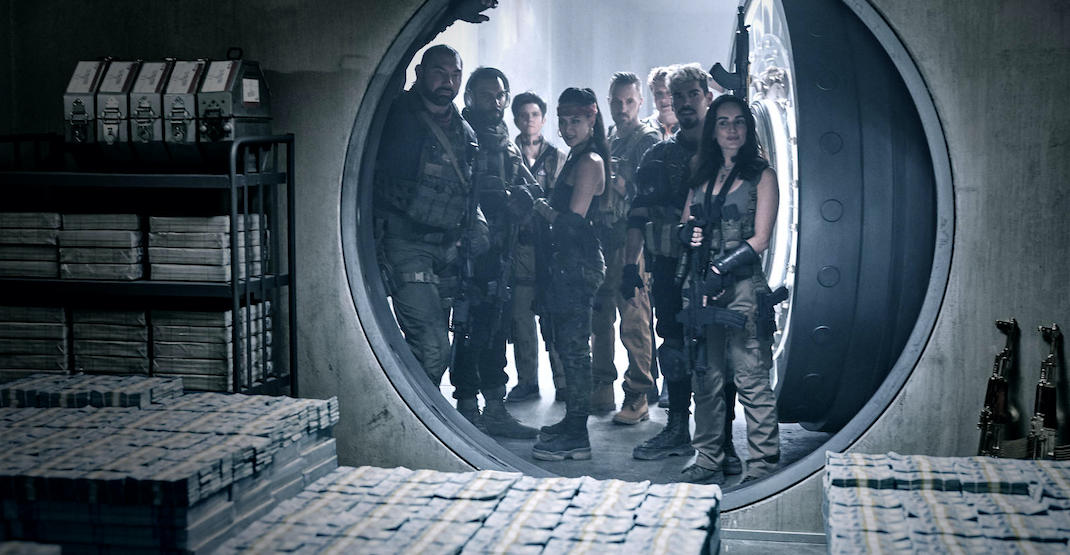 It’s the penultimate weekend of the month (what?!) and Netflix Canada is ensuring you spend it the same way you did last weekend: staring at a screen.

The platform’s high-budget movie Army of the Dead is debuting, there’s some Jurassic World, superheroes, and more.

We also have a long weekend ahead of us so dive into some sweats, fire up the snacks, and check out some Netflix Canada content.

After a zombie outbreak in Las Vegas, a group of mercenaries take the ultimate gamble by venturing into the quarantine zone for the greatest heist ever.

When a lost and lonely alien crash-lands on Earth, his new crew of talking animal friends helps him get back home — and try to save the world!

Finding life in all that’s left behind, a trauma cleaner with Asperger’s and his ex-con uncle deliver the untold stories of the departed to loved ones.