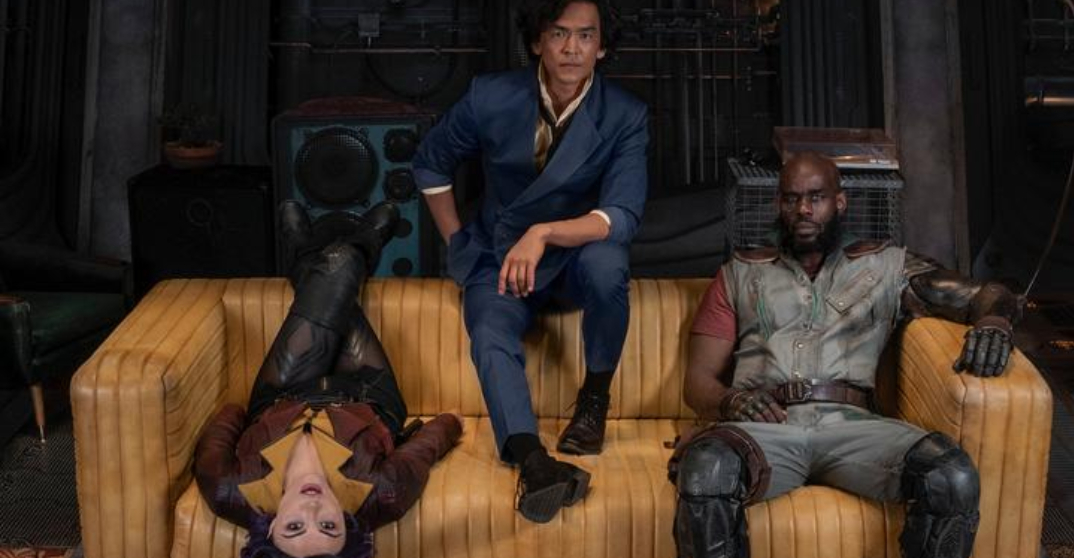 As November continues to zoom past, Netflix Canada has released an impressive slate of new movies, shows, and documentaries to make it feel like the weekend is flying by as well.

The streaming service has released a wide range of titles just in time for the weekend, from a mesmerizing show about glass blowers, a sci-fi series about a group of bounty hunters, theatre, the human mind, and more.

Blown Away is cranking up the heat for a spectacular holiday showdown! ’Tis the season for redemption as five fan favourites return to the hot shop to compete in a series of Christmas-themed challenges in the quest to become The Best in Holiday Blow. In the spirit of giving, the winner will not only receive a $10,000 cash prize, but an additional $10,000 will also be donated to their charity of choice.

A ragtag crew of bounty hunters chases down the galaxy’s most dangerous criminals. They’ll save the world … for the right price.

When a cynical ex-TV news anchor gets an alarming call on his radio show, he sees a chance for a career comeback — but it may cost him his conscience.

Unearthly beings deliver bloody condemnations, sending individuals to hell and giving rise to a religious group founded on the idea of divine justice.

Mehmet Ada Oztekin directs this family drama centred around the bittersweet reunion between a father and daughter.

Our minds are capable of great things, but they can also undermine our best intentions. Delve into the science behind creativity, brainwashing, and more.

Six men who were sexually abused by Catholic clergy as boys find empowerment by creating short films inspired by their trauma.

On the brink of turning 30, a promising theatre composer navigates love, friendship and the pressure to create something great before time runs out.

Amid the stark discord of twin cities, Piltover and Zaun, two sisters fight on rival sides of a war between magic technologies and clashing convictions.

In this reality show, six celebs strategize and sabotage to earn virtual currency they can cash in on the final day of their stay on a utopian island.

This immersive series follows the world’s most magnificent creatures, capturing never-before-seen moments from the heartwarming to the outrageous.

As the Morales family rallies to fight Pop’s deportation, cousins Ana, Chris and Erik face new challenges in their romantic and professional lives.

Starting with “No Nut November” and continuing through New Year’s Eve, Big Mouth Season 5 takes on the theme of LOVE & HATE with the introduction of lovebugs and hate worms, amorphous creatures that can shift between the two forms (like caterpillars and butterflies).

In 1955 Istanbul, a mother and daughter reunite after a 17-year separation. Based on a true story.tick, tick…BOOM!/Netflix