Exterior signage branding the Independent At Main tower as the location of a Nesters Market was first erected last fall — and now, it is finally set to open.

The grocery store announced its opening date over the weekend during Car Free Day Main Street festivities; Nesters Market at the southwest corner of the intersection of Broadway and Kingsway in Vancouver’s Mount Pleasant district will open at noon on Wednesday, June 19.

The new 30,000-sq-ft store occupies the second level of the newly-constructed building, with the store accessed by a ground-level entrance with escalators, located at the building’s corner with the prominent intersection. 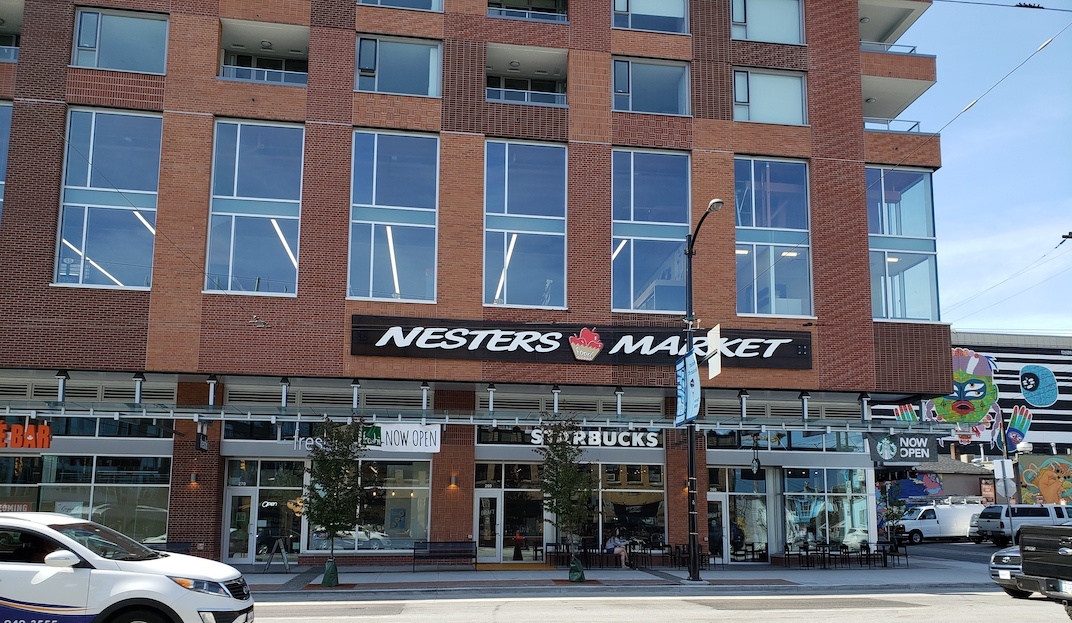 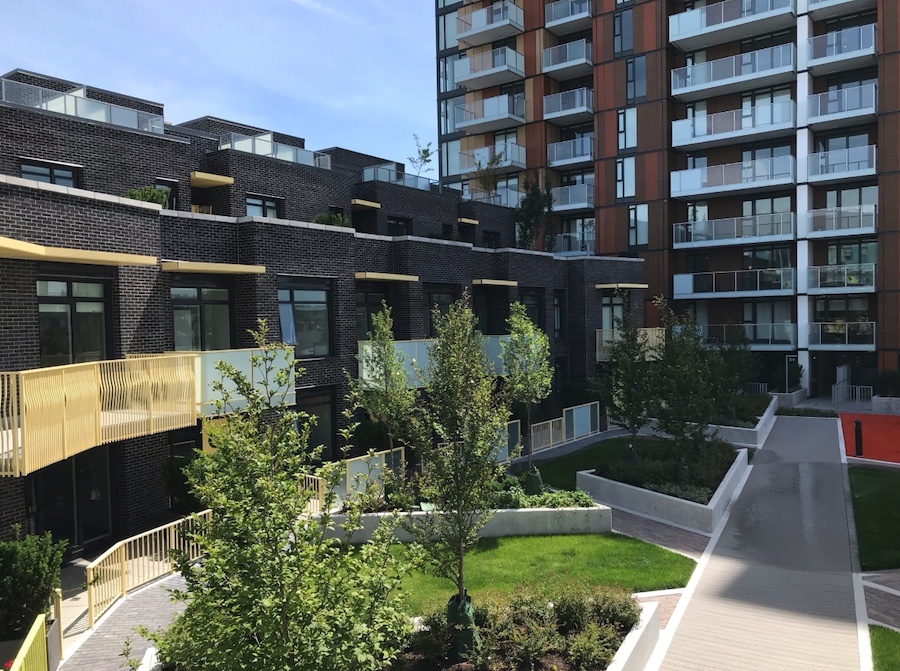 Eight other smaller retail units are located on the ground level, including tenants such as Starbucks, Freshii, and Poke Bar. There is also about 16,100-sq-ft of office space on the second level.

The 21-storey tower, the tallest building in Mount Pleasant, is topped off by a “tree-topped crown” that “symbolizes” the height of Vancouver’s first-growth forest. It also features a rare urban form for Vancouver — a large video screen measuring 13 ft by 22 ft on the building’s Kingsway facade. But instead of airing commercials, the screen will be utilized as a digital canvas for public art by the Grunt Gallery.

Colourful murals and stained glass overhangs flank the building in the alleyway. 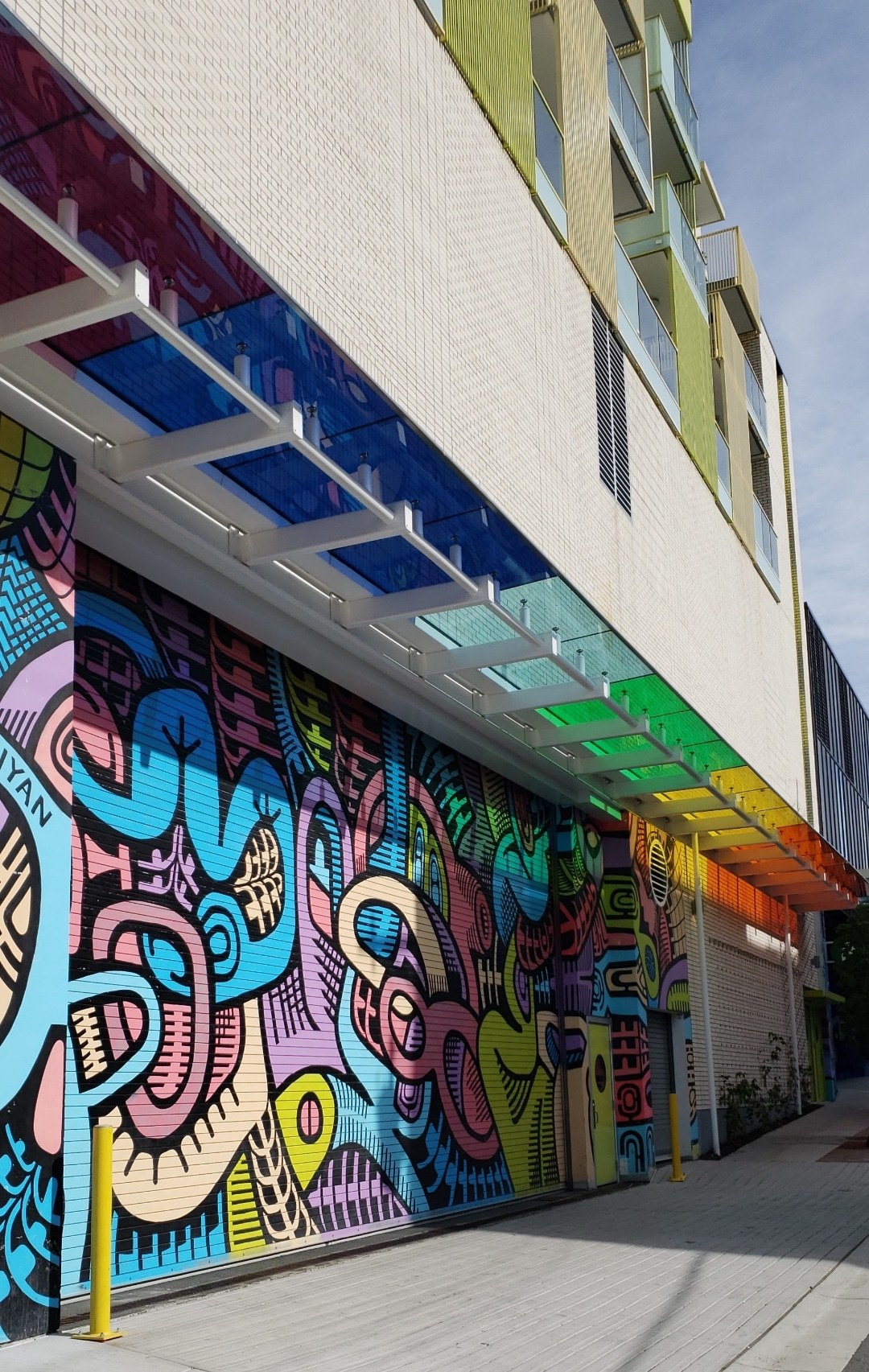 Colourful artwork in the laneway of The Independent At Main. (Kenneth Chan / Daily Hive) 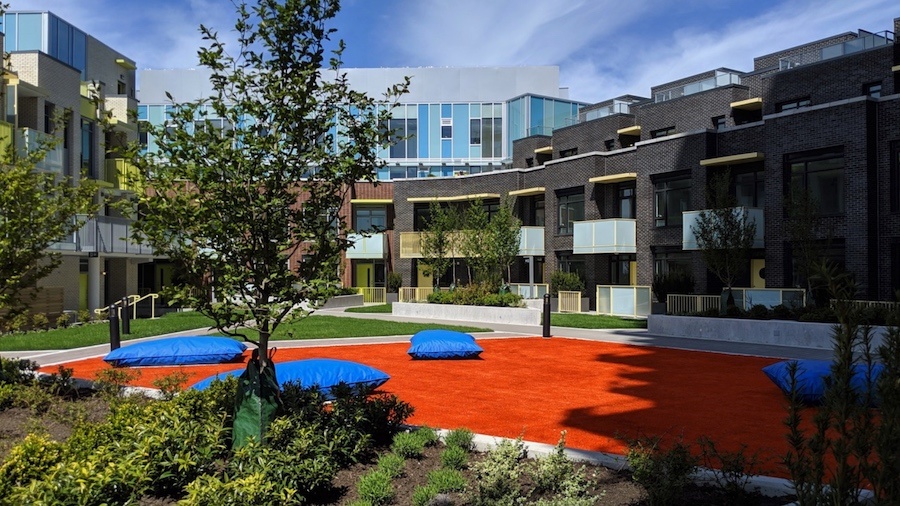 It is immediately adjacent to the future subway entrance of the Millennium Line Broadway Extension’s Main Street Station at the vacant parking lot site on the southeast corner of the intersection of Main Street and Broadway.

To the east of the property is Kingsgate Mall, which is anchored by the Jim Pattison Group’s Buy-Low Foods, but a Nester Market spokesperson previously told Daily Hive there are no plans to shutter the doors to the low-cost grocery store after it opens Nesters Market.

The aging shopping centre has immense redevelopment potential given its close proximity to the subway station. 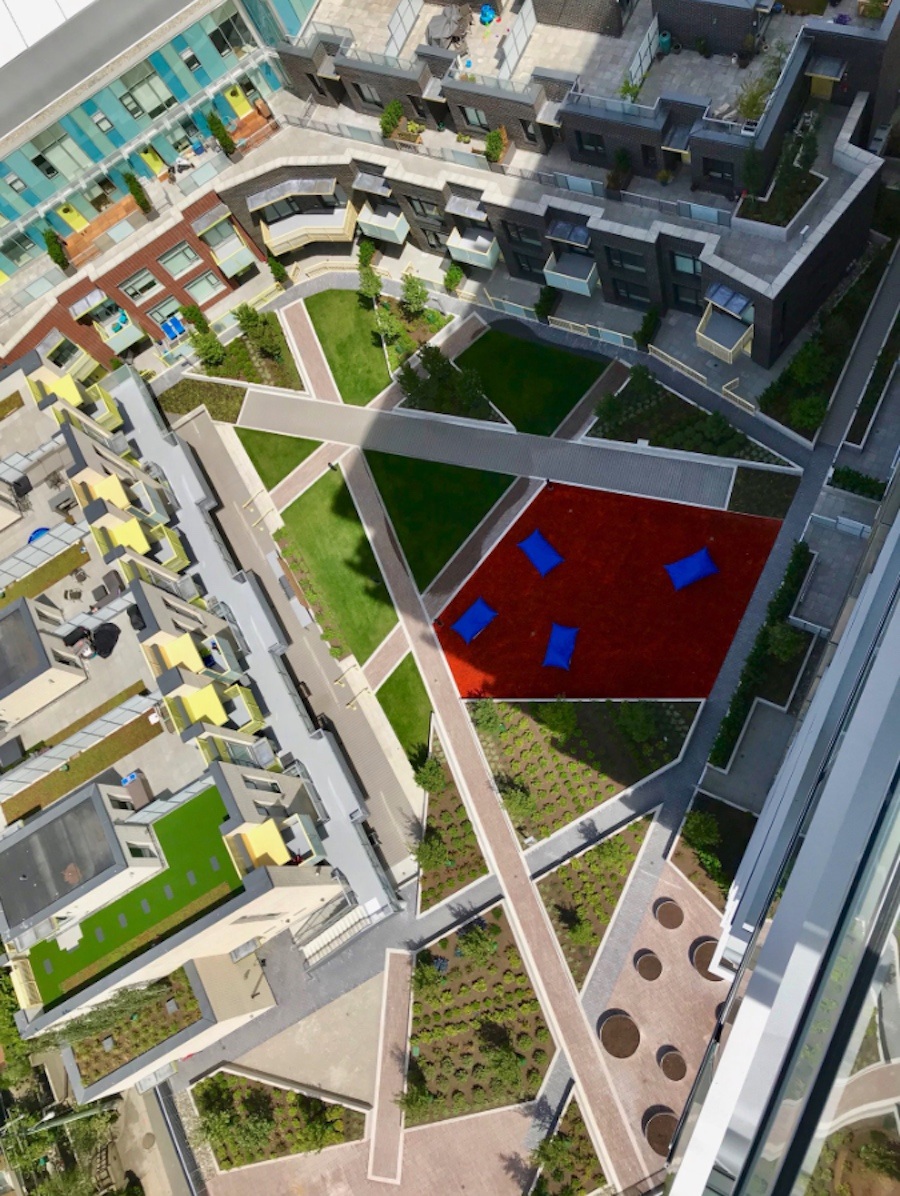 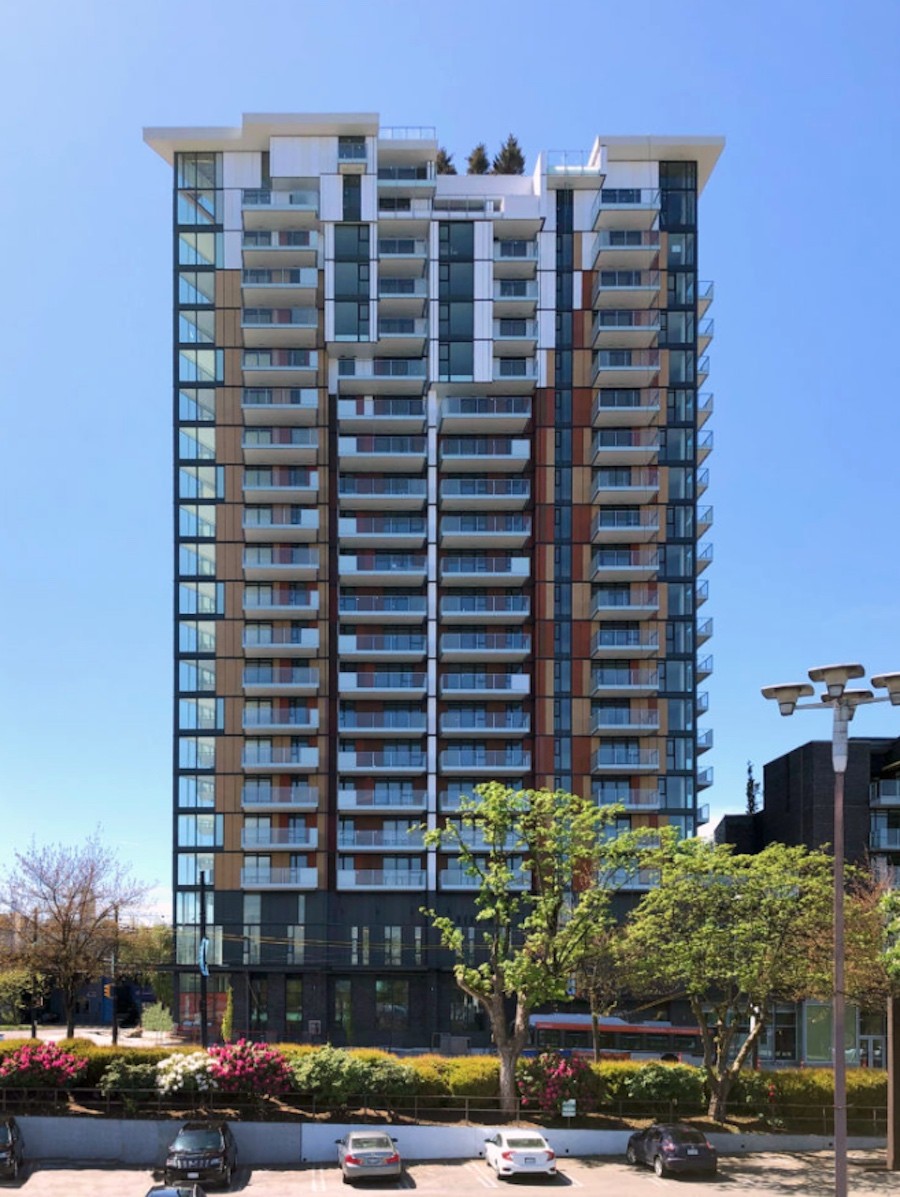