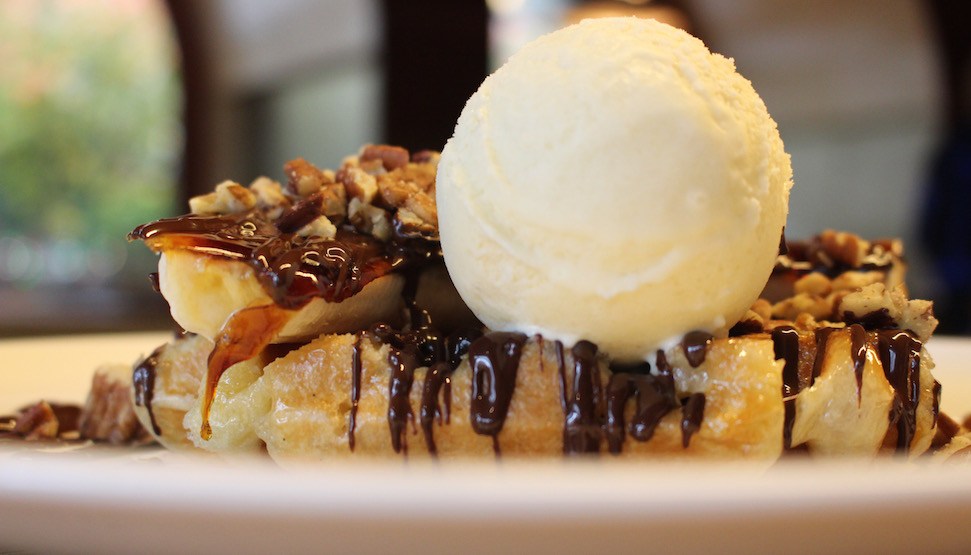 If it seems like there’s always a line up at Nero Belgian Waffle Bar on Robson Street, well, there usually is one. So when it came time to open up a second location, Nero’s Jan and Elinaz Dierckx didn’t have to look too far. They’ve opened up a Nero Belgian Waffle Bar at the corner of Seymour and Nelson, just blocks from the original.

Situated inside the former Commune Cafe, the new Nero is about three times the size of the original, and offers a similar menu of authentic Belgian waffles, with a few key differences. 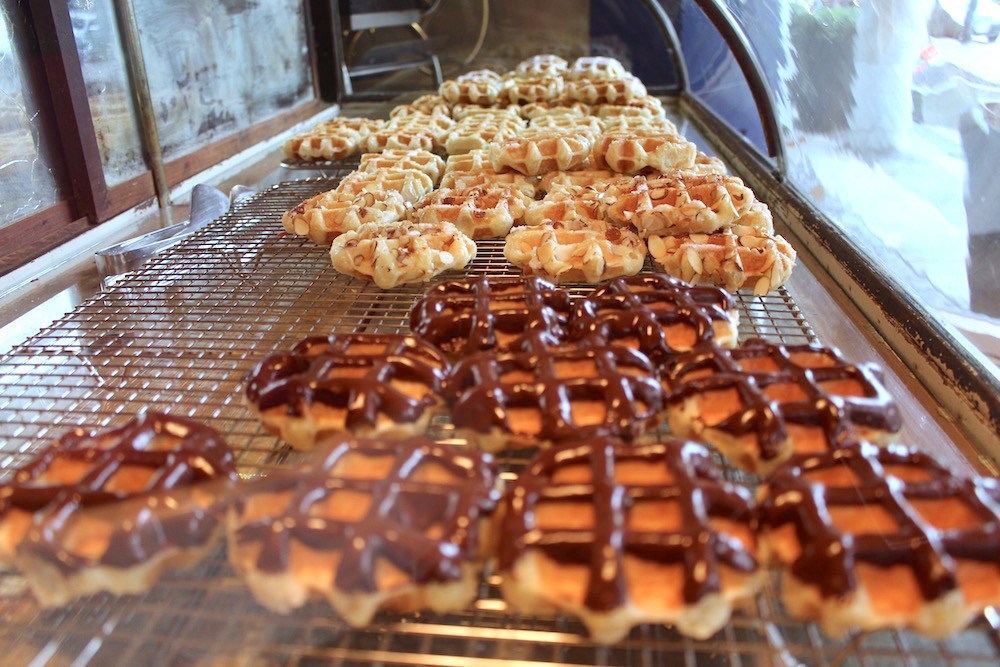 In addition to the display case of tempting mini Liege waffles in a variety of styles (Almond, Chocolate-dipped, cream-filled, and so on), the menu at Nero on Seymour includes not only sweet waffle dishes, using either Liege-style or Brussels-style waffles, but also savoury applications.

Many of the dishes can also be found at the Robson location, however fans of Nero will want to zero in on the dishes special to Seymour Street, such as the Banana Brulée, which includes a sweet, dense, Liege-style waffle topped with a caramelized banana, housemade vanilla ice cream, dark Belgian chocolate, and pecans.

Savoury additions to the menu include an inventive “tapas” board featured light, airy, squared Brussels-style waffles with an array of delicious accoutrements, like bruleed goat cheese with honey and walnuts, salty slices of bresaola, arugula, honey butter, and fresh East Van jam. Mix and match your toppings as your turn the waffle into a perfect finger-food vehicle ideal for sharing or kicking off your waffle-centric meal. 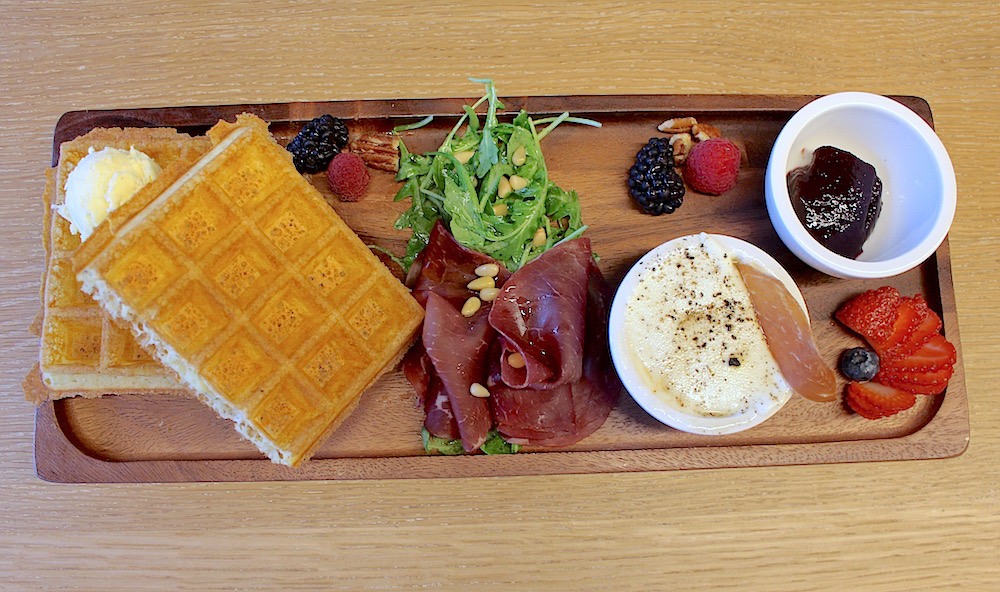 Look for another savoury option like the four-cheese Liege waffle, or stick with the sweet column, where you’ll find waffles paired with fruit, ice cream, whipped cream, cookies, and sweet sauces. The indecisive (or on the go) types will love putting together a set of seven mini Liege waffles, which are arranged snugly in a freshly-designed Nero box–seriously a killer hostess gift or office treat.

One other tempting bonus of this Nero location is that they are licensed, which means you can enjoy your waffles with beer or wine, and Dierckx says they will be launching a speciality cocktail menu soon.

Non-imbibers will find a selection of teas and coffees, including a matcha “shot” that energizes, hot chocolate, London Fog, espresso drinks, and hot or iced teas. 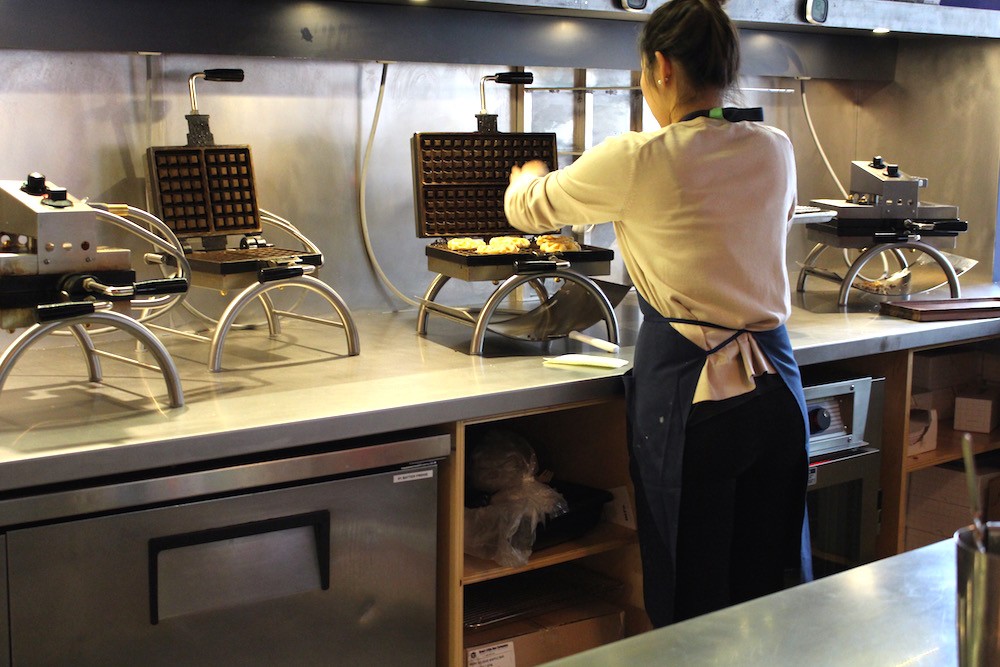 Seating is extensive, so guests can slide into cozy window-side booths, or relax on the heated, covered patio. The design features a fully “open,” concept, allowing guests to see the waffle making and assembling process beginning to end. No secrets here, say the Dierckxes.

One thing that many guests may not known about Nero’s waffles, though, is that Dierckx makes every batch of batter himself, every day. It’s a true joy for him, and a labour of love, and with the new Seymour location, he’s able to centralize the process for both Neros. They are also making the vanilla ice cream in-house at the new location, with plans to expand the commissary-style approach and add flavours and distribute to the Robson location.

In case you need one more reason to love Nero’s expansion, the Seymour location is open later–noon to midnight daily–which means “last call” for waffles (and whatever you’re drinking with them) is at 11:30 pm nightly. 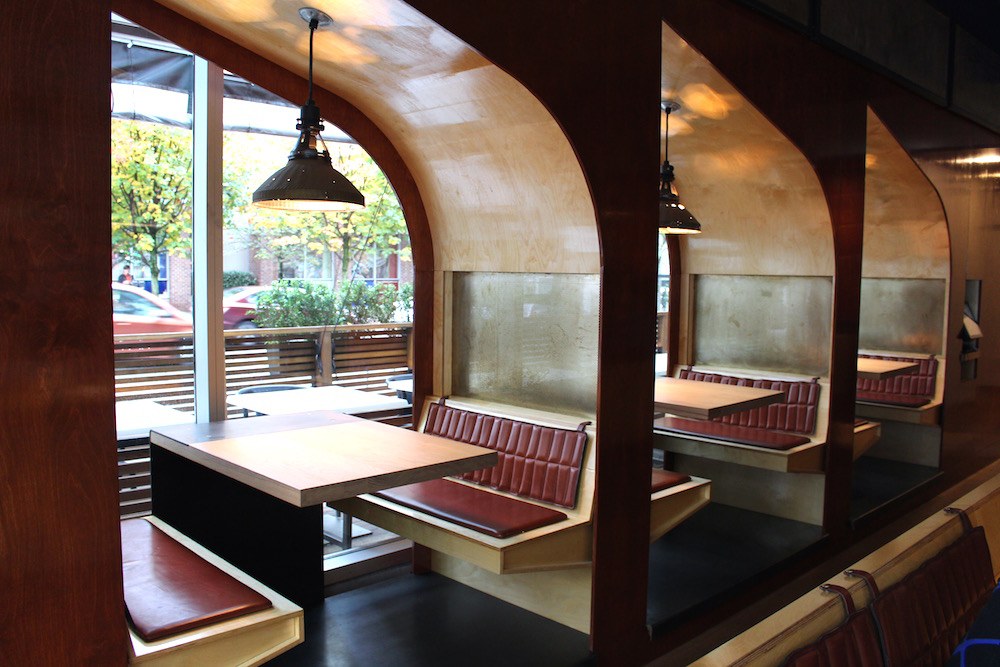 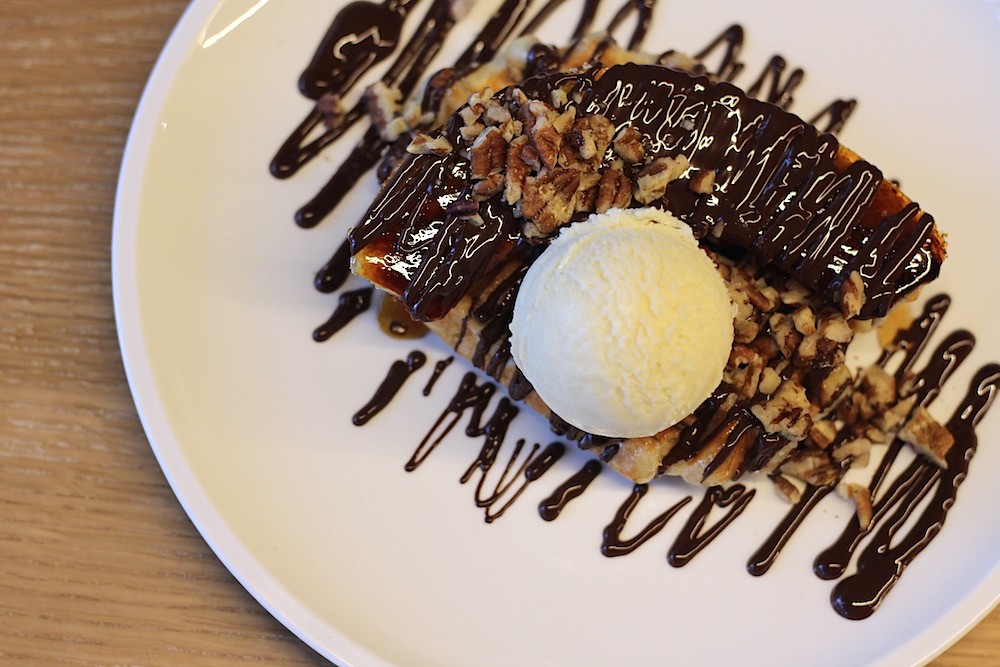 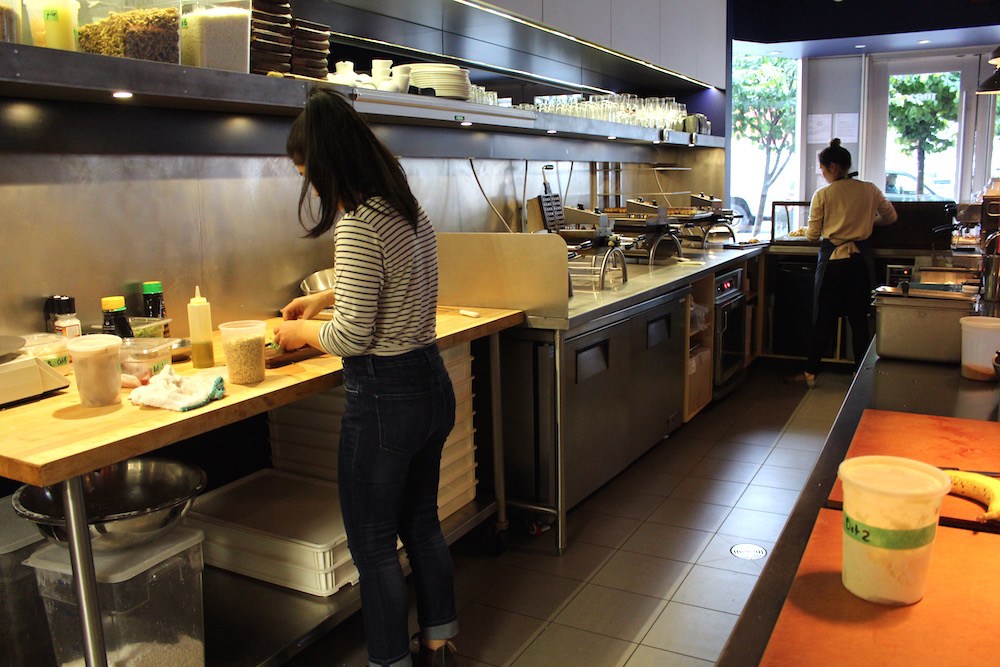 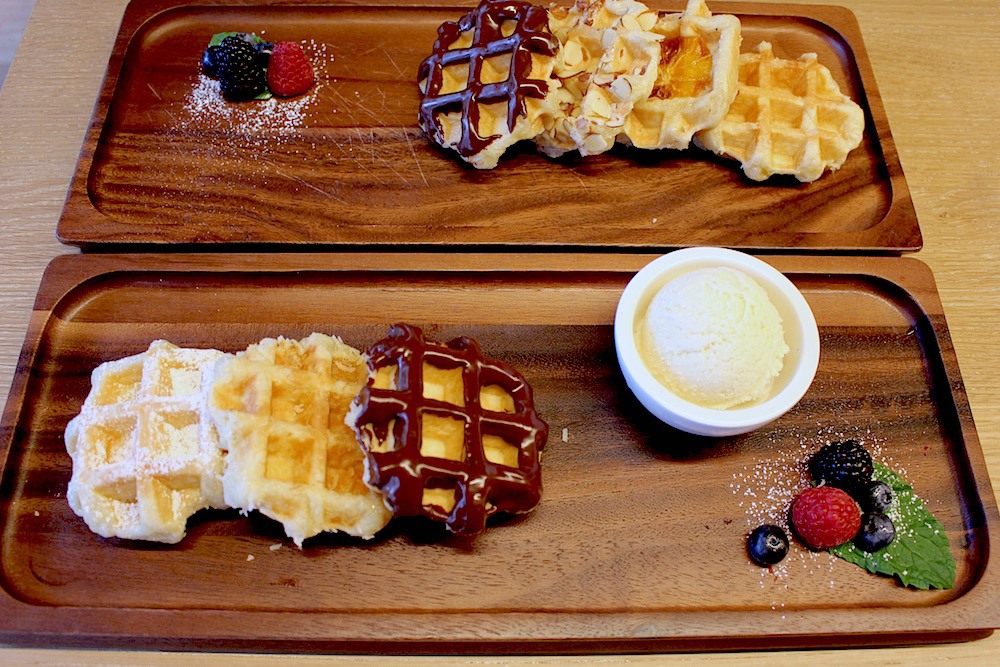