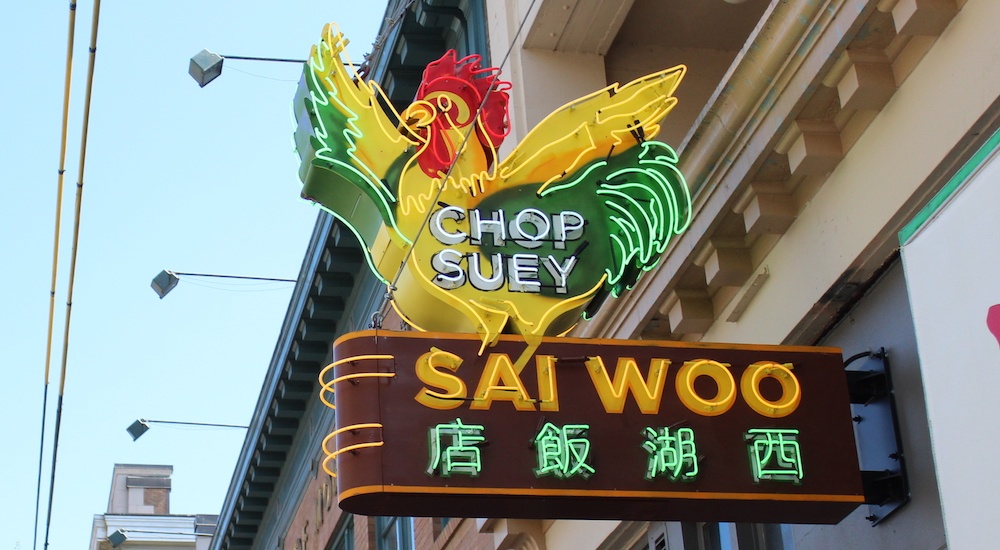 It’s big, bright, and hard to miss when you walk through the streets of Vancouver’s Chinatown.

The big neon rooster outside Sai Woo may look like a new addition to the building to some—it hasn’t been seen for more than half a century—but it is actually a recreation of the original sign that once hung above the storefront. 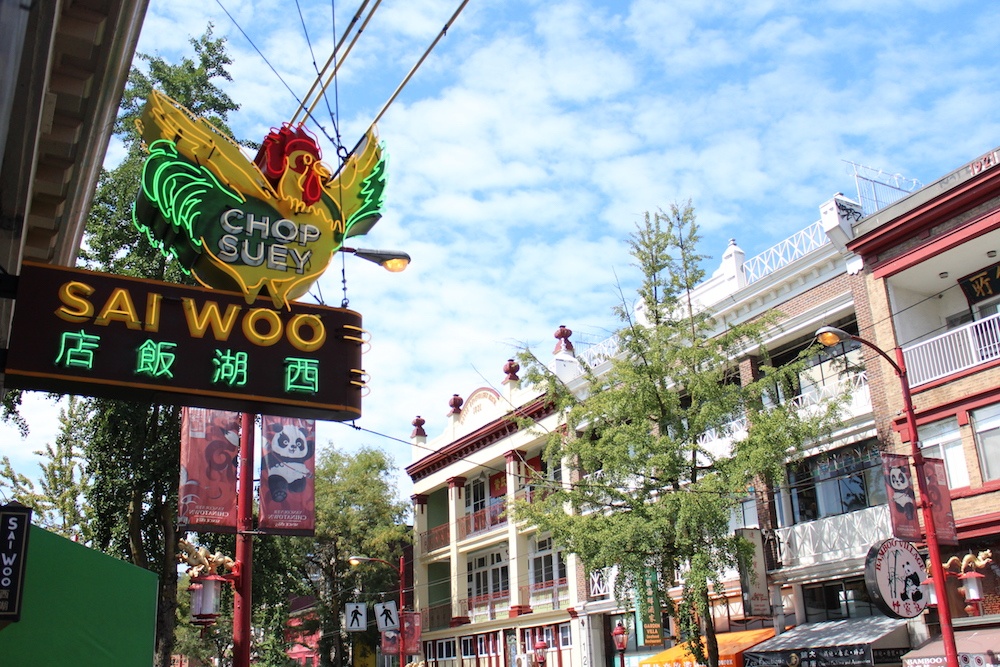 After seeing a video from 1959 showing the original sign, Sai Woo owner Salli Pateman got to work with TDH Experiential Fabricators to remake the iconic rooster.

Troy Hibbs, a managing partner of TDH, and his team made sure to give the sign an aged look, as keeping it as authentic as possible was important to Pateman.

“I had shared a picture of the sign after it was freshly painted with the restaurant owner Salli, and I think she had a little moment freaking out saying ‘it looks too beautiful!'” Hibbs recalled in a phone interview with Daily Hive, “but it hadn’t gone through our aging process yet.” 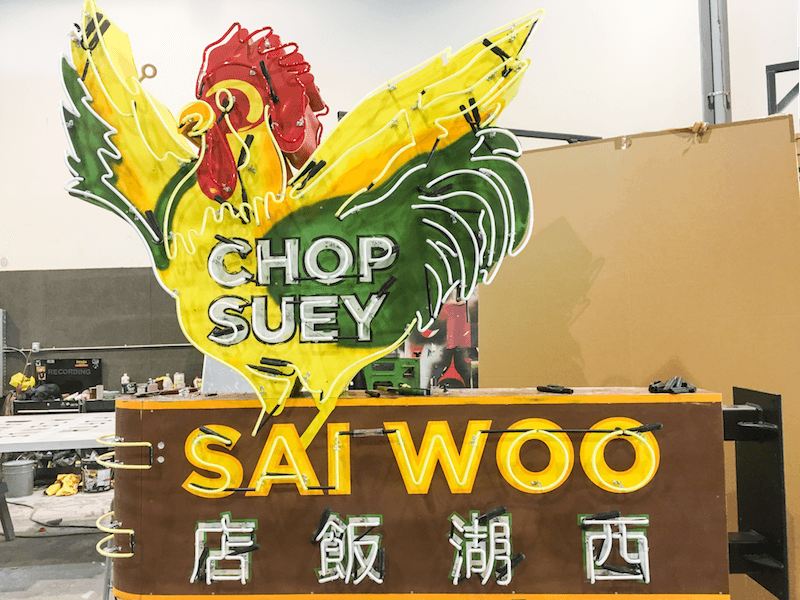 How the sign looked during production. (TDH Experiential Fabricators)

To recreate the sign, TDH used an image from the 1959 video as a basis to work off of, and also looked at other neon signs around the area from the same time period.

“It took some in-depth review of not only that sign but also the neighbouring signs of the area in Chinatown during that time just to understand how they put them together, and what sort of features were quite common,” Hibbs said.

The 80″ tall, 72″ wide sign would cost Pateman a total of $18,712, but thanks to crowdfunding the sign was commissioned and eventually put up in late July.

“It’s a sort of sculpture that enlivens the streets with electric art against the dull grey rainy skies we see all too often in Vancouver,” the Kickstarter page, Bright Lights, Van City, read.

“In the 1950s the city was aglow with some 19,000 neon signs—one for every 18 people in Vancouver at the time and second only to Las Vegas. But times have changed and, now that they’re almost all gone, there has been a change of heart. It’s time to bring this vibrant public art form back.” 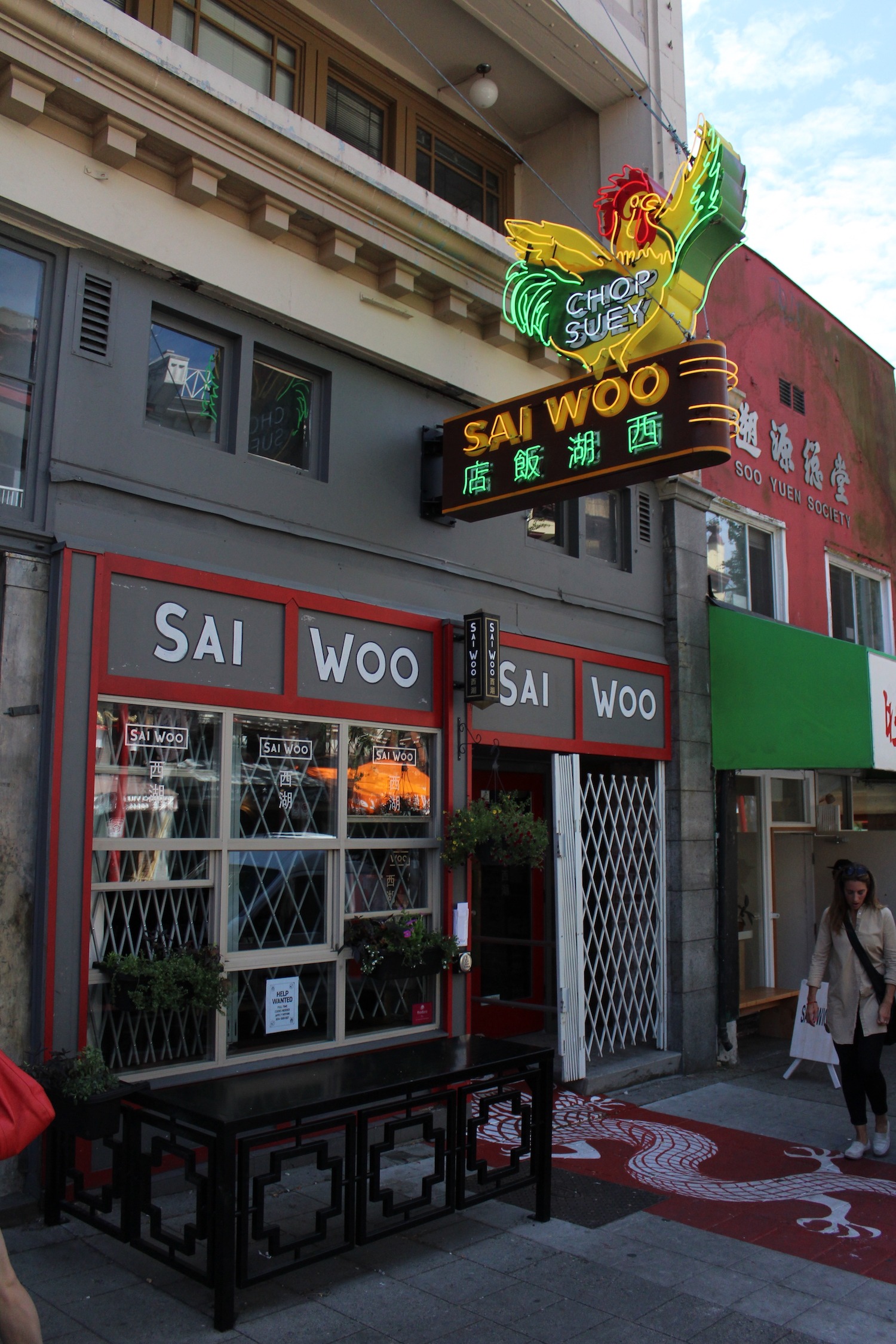 Pateman managed to raise the money needed—every dollar donated to the Kickstarter could be used for dining at Sai Woo—in no small part due to the support from the Chinatown community.

With only hours left in the fundraising campaign, Steven Wong of East Pender’s Modernized Tailors wrote a check for the remaining $522 and brought it to the storefront. His father, who had passed away this year at 96, had been a regular at the original Sai Woo restaurant in the 1950s, and Wong made the donation to commemorate his father.

Hibbs said that it was a pleasure to help create something so meaningful, as he could tell how much completing the sign meant to Pateman.

“I enjoyed seeing the satisfaction that Salli had,” he said. “We don’t come across a lot of customers who have that sort of passion, so it’s very satisfying to see her almost brought to tears because she was so happy about the sign.” 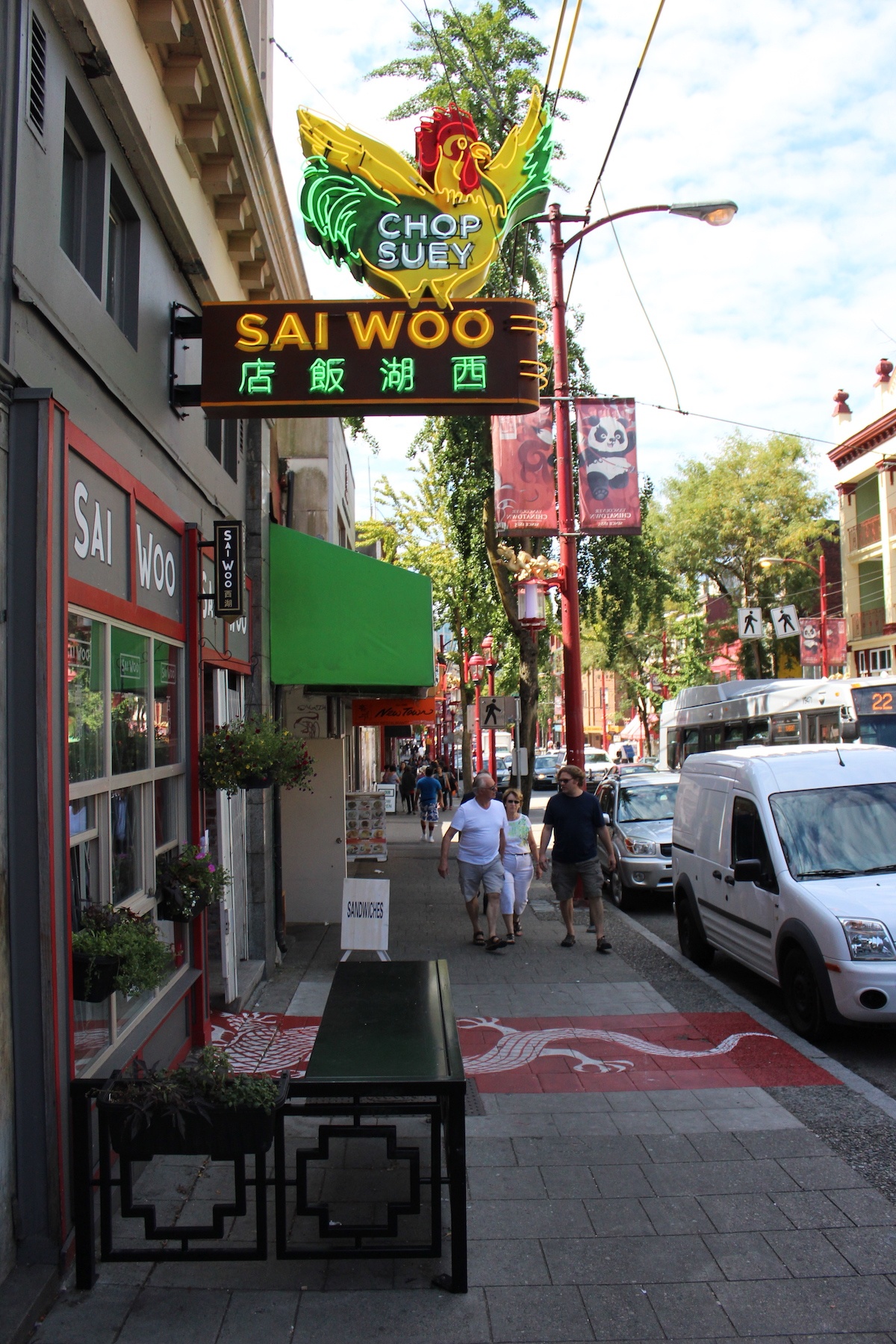