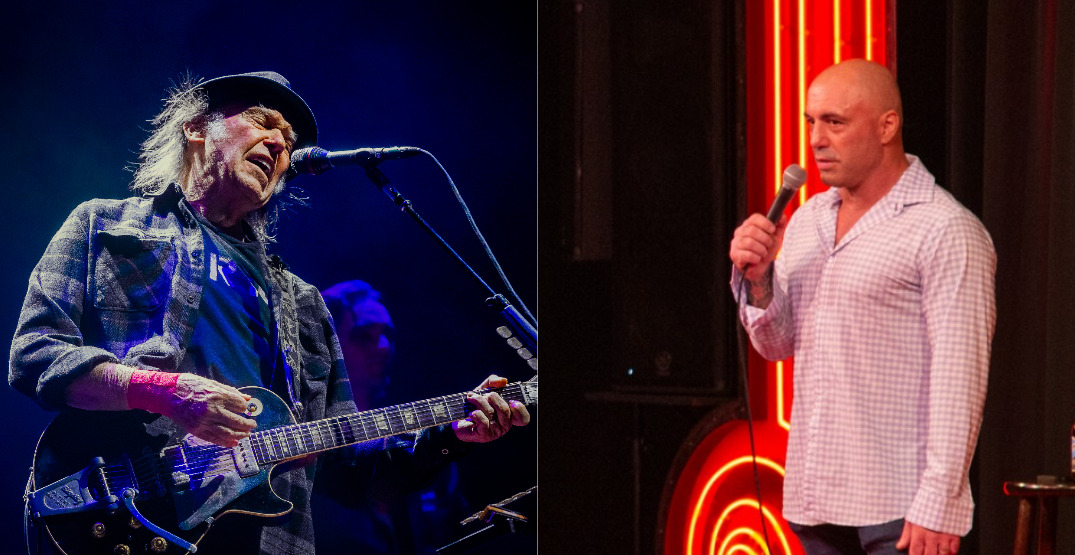 Canadian music legend Neil Young may have gotten more than he bargained for when he took aim at the Joe Rogan Podcast on Spotify.

Young wrote a letter (which has since been deleted) suggesting that Rogan’s podcast could kill someone, based on COVID-19 and vaccine misinformation, and stated that they could only have one or the other on the service: him, or Rogan.

The result of the back-and-forth is that Neil Young’s music will no longer be on Spotify.

Young wrote another letter on his website on Wednesday.

“I realize I could not continue to support Spotify’s life-threatening misinformation to the music loving public,” he wrote.

He added that, “Spotify has become the home of life-threatening COVID misinformation. Lies being sold for money.”

“I want to thank my truly great and supportive record company Warner Brothers – Reprise Records, for standing with me in my decision to pull all my music from Spotify. Thank you!”

The Heart of Gold singer essentially provided Spotify with an ultimatum, and Spotify has seemingly decided to side with Rogan.

A Spotify spokesperson told the Hollywood Reporter that they hope Young changes his mind.

“We have detailed content policies in place and we’ve removed over 20,000 podcast episodes related to COVID since the start of the pandemic. We regret Neil’s decision to remove his music from Spotify, but hope to welcome him back soon.”

While losing Young’s music is a blow to Young’s fans, Spotify had paid a large sum of money to have the exclusive rights to broadcasting Joe Rogan’s podcast. The Wall Street Journal suggested that the deal was worth over $100 million.

Young has actually had issues with Spotify in the past.

In 2019, Young removed his catalog from the service due to the audio quality not being up to par. He even developed a hi-fi digital media player that would include his own music service.

Young isn’t the only one who has had issues with Rogan’s podcast.

An open letter signed by numerous scientists and doctors have also called out Spotify for allowing Joe Rogan to spread misinformation about COVID-19.

Spotify made a big mistake.

Young definitely has lots of people in his corner.

Imagine pulling a beloved music legend’s entire catalog instead of telling a podcast bro to stop spreading unchecked lies about life-saving vaccines during a global pandemic that has killed 6 million people. Tells you where @Spotify‘s priorities are.

Unsurprisingly the conversation about the decision online has become quite political, and many who are taking Rogan’s side on social media seem to be Trump supporters.

Neil Young is 76 years old and hasn’t been relevant in 40 years, but somehow he thinks he can demand Spotify choose between him and the most popular podcast in the world.

Joe Rogan is going to win this battle every time.

Daily Hive has reached out to Spotify for an official statement.