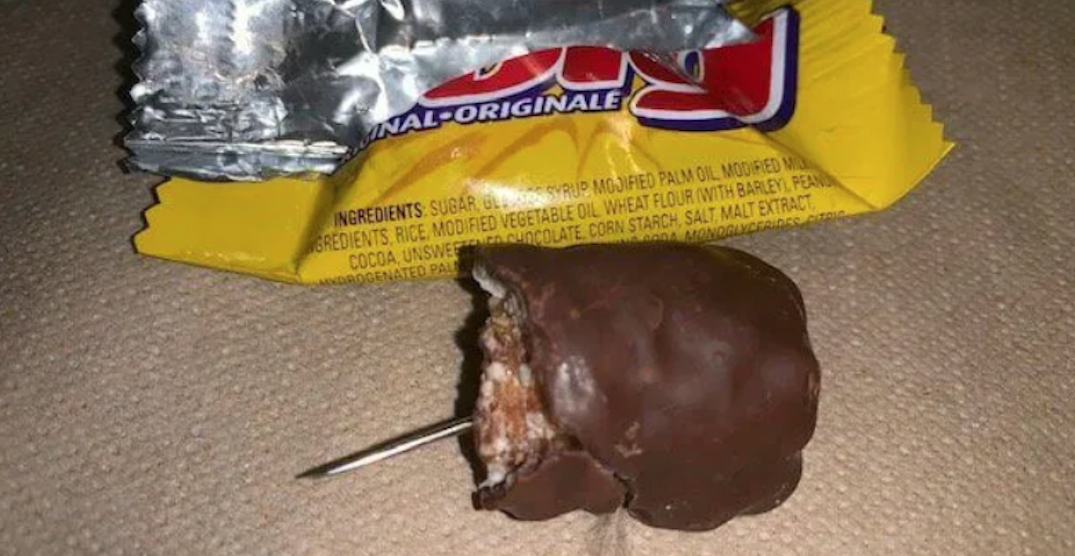 Every parent’s worst nightmare seems to have come true this week after a child from Ontario bit into a Halloween candy only to discover a two-inch sewing needle was embedded in it.

On Monday afternoon, police in Barrie, Ontario, were contacted by a concerned homeowner after her child allegedly bit into a chocolate bar that contained the needle.

The child was not injured, but police said the potential for injury was certainly a possibility.

From the investigation that followed, police said they learned the child attended homes in the Raymond Crescent and Serena Lane area and also on Danielle Crescent and Catherine Drive within the City of Barrie.

Investigators said an examination of the packaging could not determine if the needle was inserted prior to packaging or afterwards.

However, the chocolate bar was also seized by police and the investigation remains ongoing.

Although there are no known suspects at this time, police are urging parents that have children who may have attended homes on the identified streets to please have a second look at their children’s candy and make certain that they have not been tampered with and are safe to consume.

Anyone with information about the incident is asked to contact Barrie police or Crime Stoppers.