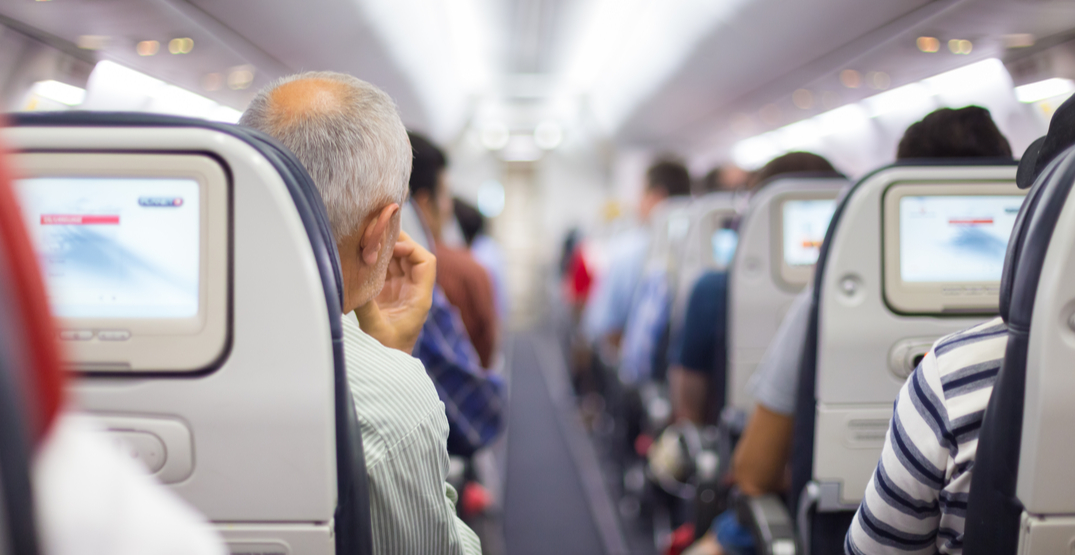 Passengers seated on an airplane. (Shutterstock)

The New Democratic Party (NDP) is calling on the Federal Government and Canada’s Minister of Transportation to bring back mandatory physical distancing on airplanes.

On July 1, airline companies such as WestJet and Air Canada ended a policy that blocked the purchase of middle seats on aircraft to promote physical distancing. The NDP says they’re concerned and argues that allowing this policy to end puts the interests of airlines above the health and safety of passengers.

“In committee, the Liberals promised Canadians that their health was the top priority but now they are giving airlines a free pass to put their bottom line ahead of public health,” says NDP Transport Critic Niki Ashton in a written statement.

“Airlines refused to refund passengers for cancelled flights and now they’re completely ignoring public health advice by sitting people right next to each other without even a seat between them for safety,” she says. “Why is the minister putting the commercial interests of airlines ahead of the health and wellbeing of passengers in Canada?”

The NDP says that Canada’s Chief Public Health Officer, Dr. Theresa Tam, has also made it clear that masks can’t act as a substitute for physical distancing. Tam also pointed out that thermal screening isn’t effective either and that “during the SARS outbreak, Canada canned 6.3 million people but failed to detect a single case.”

“Canadians have made a lot of sacrifices to keep each other safe and stop the virus from spreading,” says NDP Health Critic Don Davies. “Now is not the time to jeopardize the progress we’ve made by allowing airlines to fly into COVID-19 hotspots like California, Florida, and Nevada without any physical distancing requirements.”

Earlier this week, British Columbia’s top health officials addressed the situation with a similar stance, saying that they were “concerned” about the relaxation of physical distancing.

“It’s an environment that we know people spend a lot of time in close contact with each other,” said Provincial Health Officer Dr. Bonnie Henry. She also noted that British Columbia had seen several occasions over the past week where airline passengers “have arrived with symptoms and tested positive for COVID-19.”

BC’s Minister of Health shared similar sentiments, saying that he wanted a response from Transport Canada and Health Canada.

“What I’d like to hear from Transport Canada and Health Canada is do they agree with this,” Health Minister Adrian Dix said. “If what they’re saying is that what Air Canada and WestJet is doing is acceptable to them, they need to be explicit and they need to explain why.”