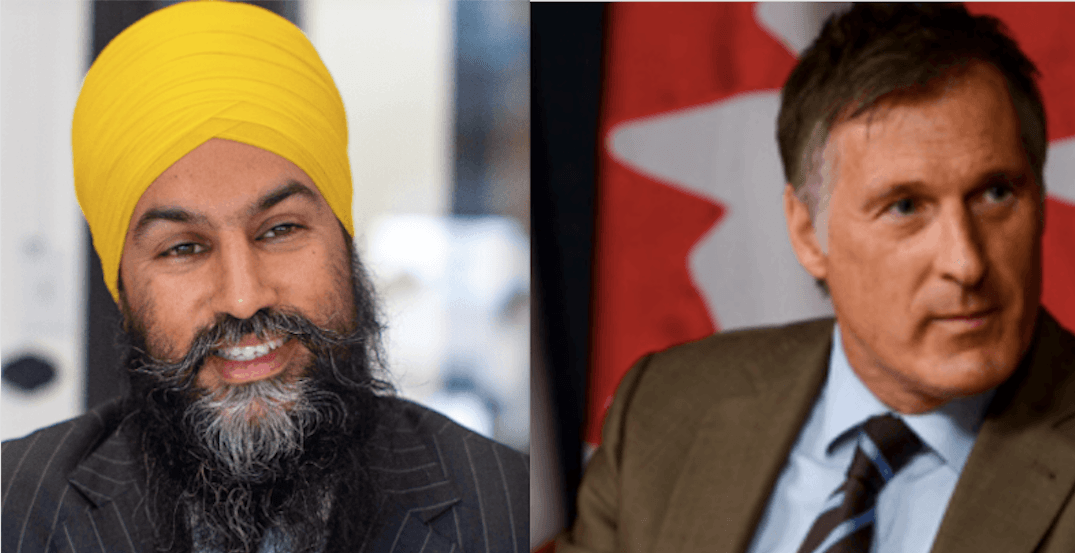 After it was announced that People’s Party of Canada (PPC) leader Maxime Bernier would be allowed to participate in the national leaders’ debates, the federal NDP has filed a complaint in response to that decision.

In a letter to David Johnson of the Leaders’ Debate Commission, Jagmeet Singh writes that he is “troubled” by the decision to allow the PPC to participate.

“It is wrong that Mr. Bernier be given a platform to promote an ideology of hate that spreads prejudice and disinformation,” he writes. “Mr. Bernier has courted racists to run for his party. He frequently promotes damaging conspiracy theories on his social media pages. And he has been photographed with far-right hate groups with Neo-nazi ties. These are not the actions of a person who has earned the privilege of promoting their agenda on a national stage.”

On Monday, Debates Commissioner David Johnston issued Bernier an official invitation participate in the debates on October 7 and 10.

To be eligible to participate in the debates, leaders must fulfil two out of three criteria required by the commission’s mandate.

Last month, the commission announced Bernier only satisfied one criterion (“intends to endorse candidates in at least 90% of electoral districts in the general election in question”) and he was not invited to join the debates.

Johnston noted this was a “preliminary assessment” and invited the PPC to make further submissions no later than September 9.

This week, however, Johnston acknowledged the PPC has fulfilled two of the criteria.

“Based on our further evaluation, I’m satisfied that more than one candidate endorsed by the party has a reasonable chance to be elected,” he said.

In his letter, Singh writes that he and his party also disagrees with the analysis that the Bernier meets two of the three conditions for participation.

“Most informed political analysts believe his party is unlikely to gain seats in this election,” he states.

Singh concludes his letter by stating Canadians “deserve to hear an open political debate between different points of view. They are not well-served by a debate that instead needs to spend its time defending values that are already at the core of what Canadians believe.”

Singh closes his letter by urging Johnson to “reconsider” his decision.

I will be at the Leader’s debates – and I will strongly oppose any hatred expressed on that stage.

We still think giving Maxime Bernier a national platform to spread hate and division in our country is wrong. #elxn43

Both debates will be held at the Canadian Museum of History in Gatineau, Quebec in front of a live audience, and will be broadcast nationwide.

Canadians also have a chance to ask candidates a question during the live debate by submitting a question online.