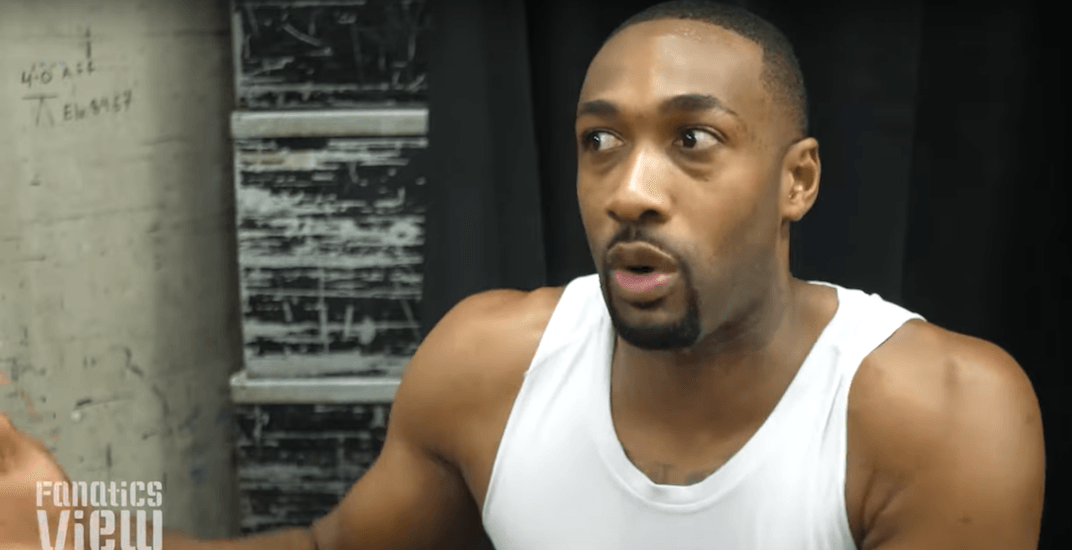 Despite winning an NBA championship, it appears the Toronto Raptors may still have a PR problem when it comes to players in their league.

It’s no fault of their own — led by Masai Ujiri, they’re one of the most well-run teams in the NBA and most people recognize that.

But for some, playing in Canada is still seen as a detriment.

Former NBA star Gilbert Arenas certainly seems to think so. Speaking with Fanatics View, Arenas tried to give perspective on why some NBA players might not want to play for the Raptors.

“Raptors being in Canada is hard for American players,” Arenas said. “You gotta remember, most kids are coming from the hood, that this is where my family, friends are. So me going all the way to another country, my friends, family can’t get there. So that’s already a conflict. So that my mom, my dad, my brothers and sisters can’t get there often. They can drive to Atlanta. They can drive to Chicago, and go and follow me and come to all my games.”

Arenas also spoke more directly about Kawhi Leonard, who left the Raptors to play in his hometown with the Los Angeles Clippers.

“When someone like Kawhi is a free agent and you’re like ‘why would he leave? He just won a championship.’ That’s exactly why he leave. He’s already won two championships. What is he playing for now? Maybe he wants to play 41 home games in front of his mother for the first time in his career. That’s important. It’s the little things. It’s not the money.”

While Arenas raises some valid points about Kawhi’s situation — certainly there’s value to playing in front of your family and friends — his other points are hard to process.

It was in line with the comments of former Raptors player Lou Williams, who said: “When you play in Toronto, you feel like you’re playing overseas,” back in June.

Arenas played the majority of his career in Washington, DC, which is a 10-hour drive to Atlanta and an 11-hour drive to Chicago — the two cities he referenced. The drive to Toronto, by contrast, is less than nine hours.

Toronto isn’t driving-distance to California, where Arenas grew up, but neither is any team in the Eastern Conference. Imagine Arenas’ friends in Los Angeles trying to follow his games with the Wizards in DC? That’s a 39-hour drive.

Steph Curry grew up in Charlotte, North Carolina — a 40-hour drive from where the Golden State Warriors play in the Bay Area. Lakers star Anthony Davis was happy with a move to Los Angeles this summer, a 30-hour drive from his hometown of Chicago.

Danny Green left for the Lakers, making him much further away from where he grew up in New York than where he was last season.

The fact of the matter is Toronto is far from being a difficult place to get to, provided you own a passport and are legally able to enter Canada. The United States is a big country, and Toronto is much closer to many of the highly populated areas than many other NBA teams.

To be fair to NBA players, some players have figured this out. Kyle Lowry chose to stay with the Raptors, and is close to family and friends in Philadelphia. DeMar DeRozan desperately wanted to stay in Toronto, despite the fact that he’s from Southern California.