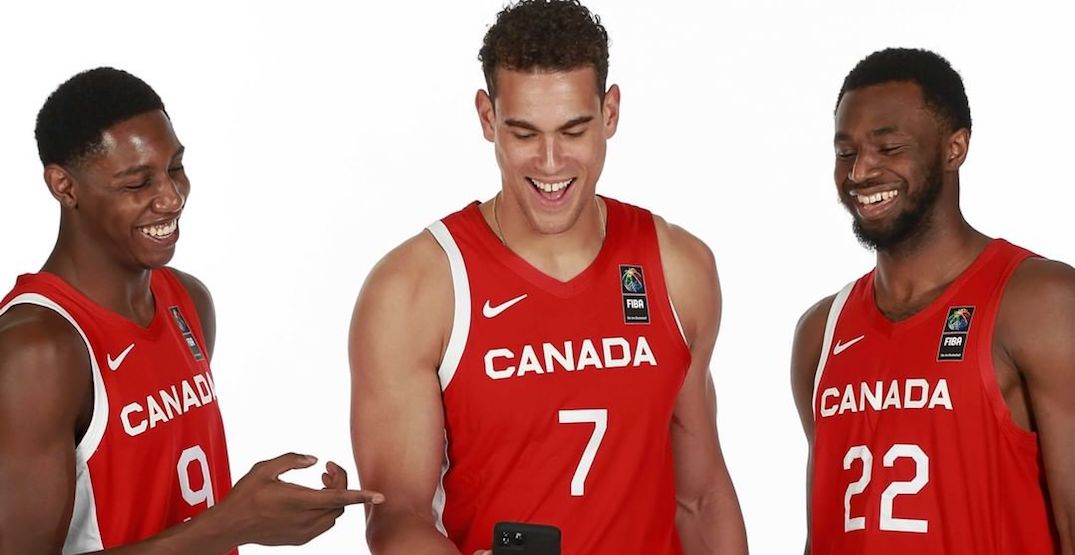 Canada has assembled its most talented team ever, ahead of the FIBA Olympic Qualifying Tournament that begins tomorrow in Victoria.

Trae Bell-Haynes, who plays in Germany, and Aaron Doornekamp (Spain), fill out the roster.

“Hosting the FIBA Olympic Qualifying Tournament is a great occasion for basketball in our country and the team that’s been selected to represent Canada this week is committed to our goal of qualifying for the Tokyo Olympic Games,” said Team Canada GM Rowan Barrett. “On behalf of Canada Basketball and our supporters across Canada, I would like to extend our gratitude and appreciation to the players and staff for their commitment, sacrifice and pride for our country.”

Though Team Canada is missing some star power, including Jamal Murray and Shai Gilgeous-Alexander, they’re still in a good position to earn their first Olympic berth in men’s basketball since the Steve Nash-led group at Sydney 2000.

Greece is missing Giannis Antetokounmpo, who is still competing in the NBA playoffs with the Milwaukee Bucks.

The tournament, which runs from June 29 to July 4, will be the first sporting event in British Columbia to welcome back fans since the start of the pandemic. The 7,000-seat Save-On-Foods Memorial Centre in Victoria will host all the games at 10% capacity, beginning on July 1. For those not in attendance, games can be seen on CBC or streamed on DAZN.

Canada begins the tournament with games against Greece (Tuesday) and China (Wednesday), with each game beginning at 7:05 pm ET/4:05 pm PT. They need to finish first or second in Group A to qualify for the semi-finals, which take place on July 3.

Group B is composed of Uruguay, Czech Republic, and Turkey. The winner of the final on July 4 will book their ticket to the Tokyo Olympics.