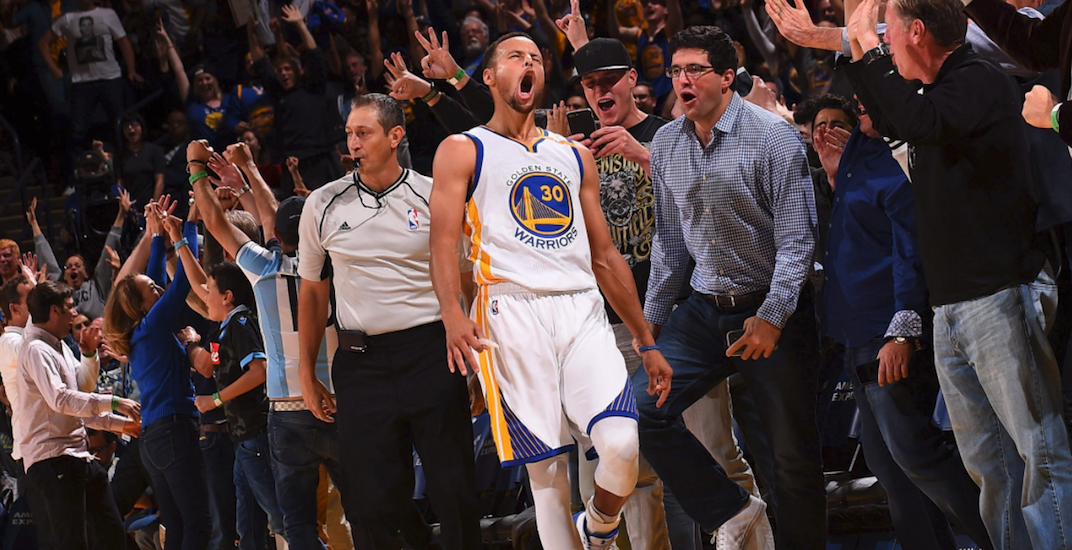 The Golden State Warriors will win the 2018 NBA championship.

Seriously, why even play this season?

That’s what the oddsmakers appear to believe anyway, as the defending champion Warriors are an overwhelming favourite to win it all in the NBA, which began its 2017-18 season on Tuesday.

Sign up with PlayNow and they will match your first bet up to $100.

With odds to win a championship that you don’t see every day, Golden State currently pays out at just 1.66 on PlayNow.com. That means a $100 bet on them to be better than all 29 other NBA teams would earn you a profit of only $66.

To put that in perspective, you can get longer odds for every remaining MLB team to win the World Series. And there’s only four of them left.

It’s not hard to see why Stephen Curry and the Warriors are in a class of their own.

Golden State has been to three straight NBA Finals, winning twice. Armed with Kevin Durant, they were the class of the league last season, finishing with the best record during the regular season before winning 16 of 17 games in the playoffs.

The Cleveland Cavaliers (5.50), could have something to say about that though. Cleveland has been to three-straight Finals as well, and are always a force with LeBron James, even at age 32. Though they were forced to trade Kyrie Irving for Isaiah Thomas, they’ve added former NBA MVP Derrick Rose and LeBron’s old buddy in Miami, Dwayne Wade.

The Houston Rockets, who upset Golden State on opening night, have decent odds to win it all (10-1). The last team not from the Bay Area or Cleveland to be crowned NBA champions are the San Antonio Spurs, who are listed at 15-1.

The Boston Celtics’ chances at a championship took a hit with Gordon Hayward’s gruesome injury, as they’ve moved to 15-1. Last year’s NBA MVP Russell Westbrook and the Oklahoma City Thunder have 16-1 odds.

The Toronto Raptors, who begin their season on Thursday, are 40-1 long shots despite the fact they’re expected to be a playoff team again this year.

To put that in perspective, no NHL team has longer odds than 100-1 to win the Stanley Cup.

Here are the full odds: 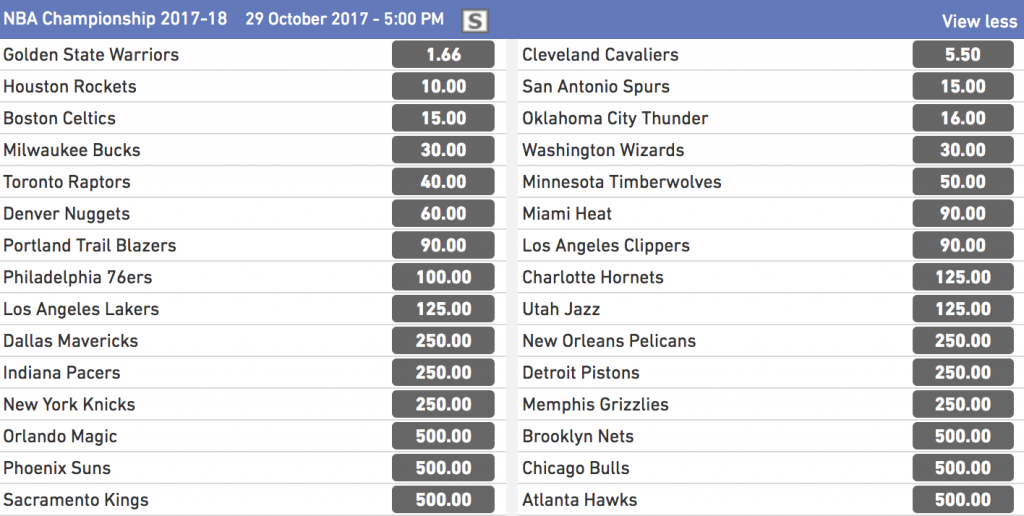