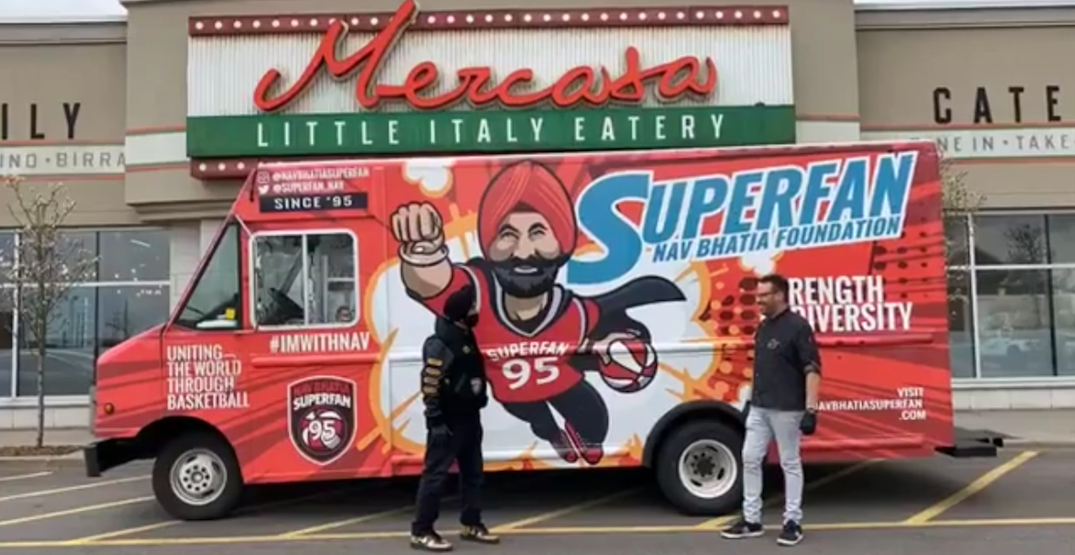 If you’re at all familiar with Nav Bhatia, it will come as no surprise that he has been extra charitable during the pandemic. While many of us have been mostly confined to our homes for the past month, the Toronto Raptors Superfan has been on the move.

Bhatia began delivering meals around Mississauga and Brampton last month with Sangita Patel of HGTV and ET Canada, and they haven’t stopped since.

The initiative is called “Meals on the Move,” and is helped by the impressive Superfan mobile.

Bhatia and Patel, among others, have picked up meals donated by local restaurants and delivered them to shelters, long term care facilities, and hospitals. What began as a Mississauga and Brampton initiative has extended to other parts of the GTA, and recently even as far as Brantford, Ontario.

“The outpouring of support has been so incredible we have been able to expand to across the GTA and more,” Bhatia said on Instagram.

“When we first started Meals on the Move, it was to be a Mississauga and Brampton initiative. As the days went by and meals were being delivered, we began receiving calls from restaurants further away,” Patel added in the latest video posted by the Superfan.

Meals on the Move is welcoming both the donation of meals or financial contributions via email: [email protected].