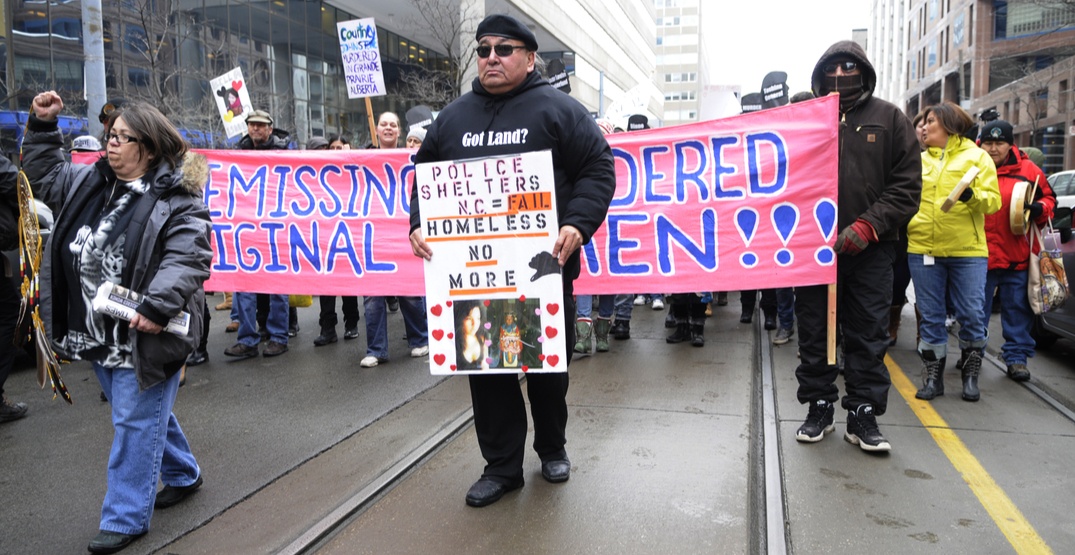 The deaths of Indigenous women, girls, and LGBTQ people in Canada are referred to as a “genocide” in the National Inquiry into Missing and Murdered Indigenous Women and Girls’ final report.

“This violence amounts to a race-based genocide of Indigenous Peoples, including First Nations, Inuit, and Métis, which especially targets women, girls, and 2SLGBTQQIA people,” stated the report.

“This genocide has been empowered by colonial structures, evidenced notably by the Indian Act, the Sixties Scoop, residential schools, and breaches of human and Inuit, Métis, and First Nations rights, leading directly to the current increased rates of violence, death, and suicide in Indigenous populations.”

“Despite their different circumstances and backgrounds, all of the missing and murdered are connected by economic, social and political marginalization, racism, and misogyny, woven into the fabric of Canadian society,” she said.

Prime Minister Justin Trudeau said his government will conduct a thorough review of the report and develop and implement a National Action Plan to address the ongoing violence against Indigenous women, girls, LGBTQ, and two-spirit people.

“We will work with Indigenous partners to determine next steps, and we will include the perspectives and full participation of Indigenous women and girls,” he said.

“We will also include the voices of LGBTQ and two-spirit people with lived experience, as well as the family members of victims, and survivors of violence.”

The National Inquiry into Missing and Murdered Indigenous Women and Girls launched in 2016 to recommend actions to address the systematic causes of violence against Indigenous girls, women, LGBTQ, and two-spirited people in Canada.