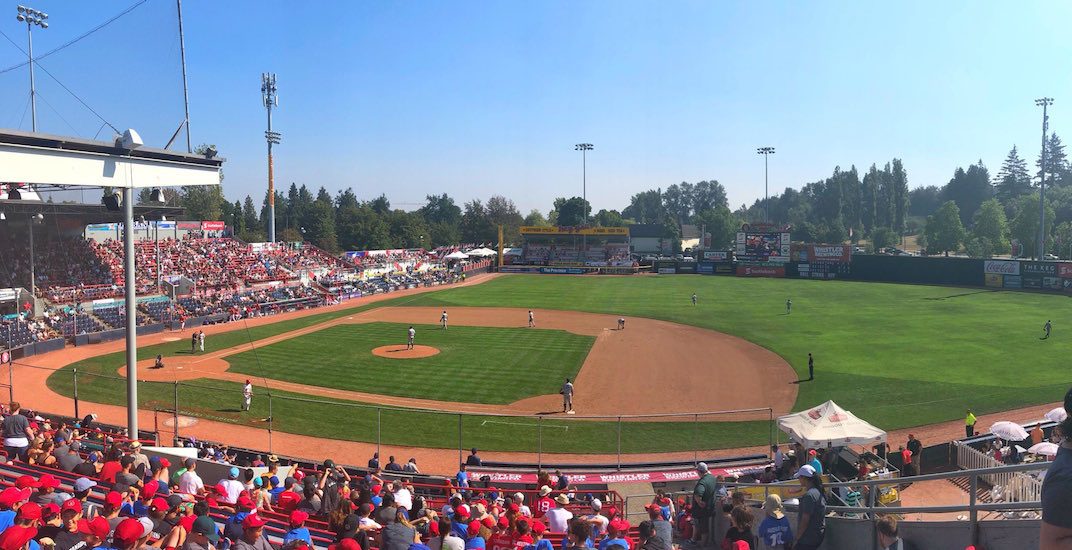 Nat Bailey Stadium is used to getting compliments.

A major contributor to the business success of the Vancouver Canadians baseball team, the little old ballpark that overlooks Queen Elizabeth Park has been given another one.

The ranking is particularly impressive given Vancouver plays in a short-season Single-A league – more than two steps down from Triple-A baseball. This is the first time a Northwest League stadium has ever been ranked in the top-10. The Nat ranked No. 14 last year.

“Nat Bailey Stadium offers a first-class experience for fans of all ages. It is an enjoyable and affordable way to spend an evening in Vancouver,” said Paul Baker, president of StadiumJourney.com, telling people what Vancouverites have known for years. “The people who work at the stadium are very polite and helpful. The fun factor cannot be beaten, and wandering around the stadium gives spectators a sense of childlike joy.”

Though the Canadians narrowly missed the postseason this year, they were once again a smash-hit at the box office, averaging 6,292 fans per game – narrowly missing the franchise attendance record set last year.