Chase Padgett is a dream come true. Wait, I was talking about his guitar playing. Oh, nevermind…

I interviewed the guy behind the Vancouver Fringe’s last breakout hit to find out more about his new show next week (in town on a very limited run). I’m stoked. I was beyond excited after 6 Guitars, which was Pick of the Fringe last year. Now Chase is back, and his blend of storytelling-improv-comedy-music seems more put together than ever.

Oh, and on top of all that: the man can play.

Canadian Vs US Fringe Circuit

Chase heaps lots of praise about his time on the Canadian Fringe circuit, which is where he started mixing improv, storytelling, and guitar in 2008. There are some crucial parts of the Canadian scene that helped him creatively develop his work. Chase likens the culture to a “modern day vaudeville,” a unique blend of circus-like variety and free market capitalism.

Unlike some (but not all) US Fringe Festivals, our northern flavour gives 100% of the ticket sales back to the artists, ultimately incentivizing more out-of-town artists to touring their shows to different locales. It’s also via lottery, which is crucial for up-and-comers: you don’t need to be vetted or go through a strenuous process to try something new. There’s no favouritism, and anything goes.

So, starting with 6 Guitars in 2006, Chase was able to try something new. And he’s been sticking with it ever since. 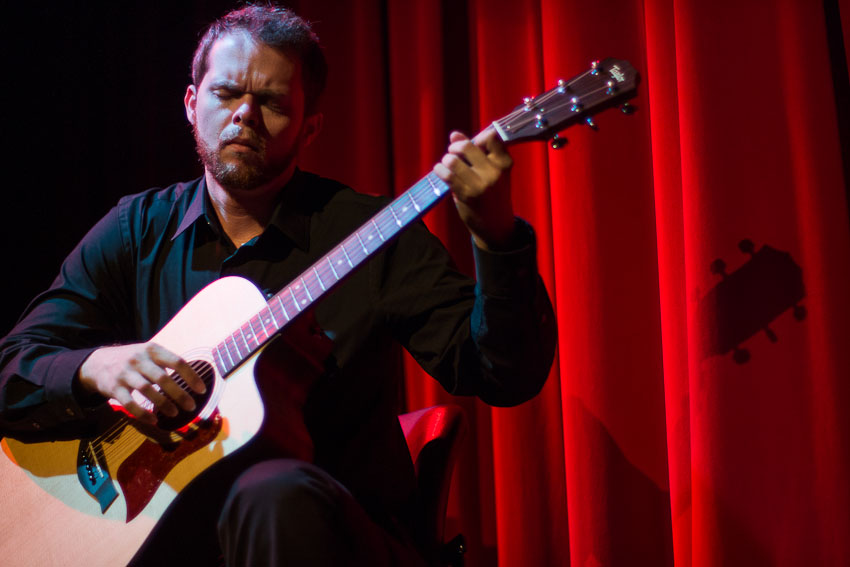 Chase now does this ‘new thing’ full-time as a living, and laughed when I asked him if the experience has been all rainbows so far. He’s played to a room of 360 people, and he’s played to crowd of 2. Humility probably comes naturally at this point.

The other benefit(?) of the sheer quantity of Fringe shows means that Chase has become a bit of a DIY Marketing Maestro. Over time, he’s learned the hard way that successful shows usually correlate with professionalism and a great brand. The ability to “self produce” using various digital media tools means that acts like Nashville Hurricane can rise to the top of a flooded Fringe schedule.

Breaking Past Fringe + Love of Music 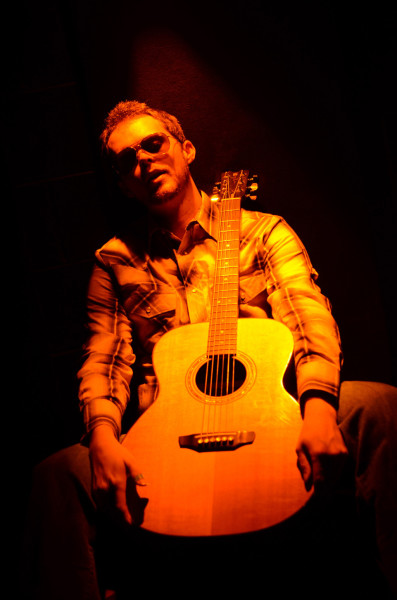 Fame hasn’t come easy. 6 Guitars, despite its darling position in festivals across the country, hasn’t been able to break out of its ‘odds and ends’ Fringe genre. While Chase clearly wants to take his material past the confusing “One Man Show” moniker, the very nature of his shows makes them hard to market to general audiences. Is it devilish guitar playing? Is it improv? Is it creative storytelling?

Chase challenges our perceptions by asking why he can’t be all three, and so much more.

Perhaps this new show will appeal to a broader audience. Chase’s love for the music is evident, and he dreams of a day where he’ll be able to bring a fresh program to high school band programs. Where self-exploration and a “dare to challenge” mentality are prized over rote memorization and a mostly classical set sheet.

Whatever Chase Padgett is selling, Fringe audiences worldwide are lapping it up.

I wish I was better with words. But I can’t completely capture why shows like Nashville Hurricane are so special in the local arts community. How the crowd surges to its feet as a powerful reaction to what Chase is doing on stage. How the characters, story, and music linger on in my memory, months after I first saw him perform.

This is your chance to see a star on the rise before someone smartens up and makes him famous. Run, don’t walk, to Nashville Hurricane.