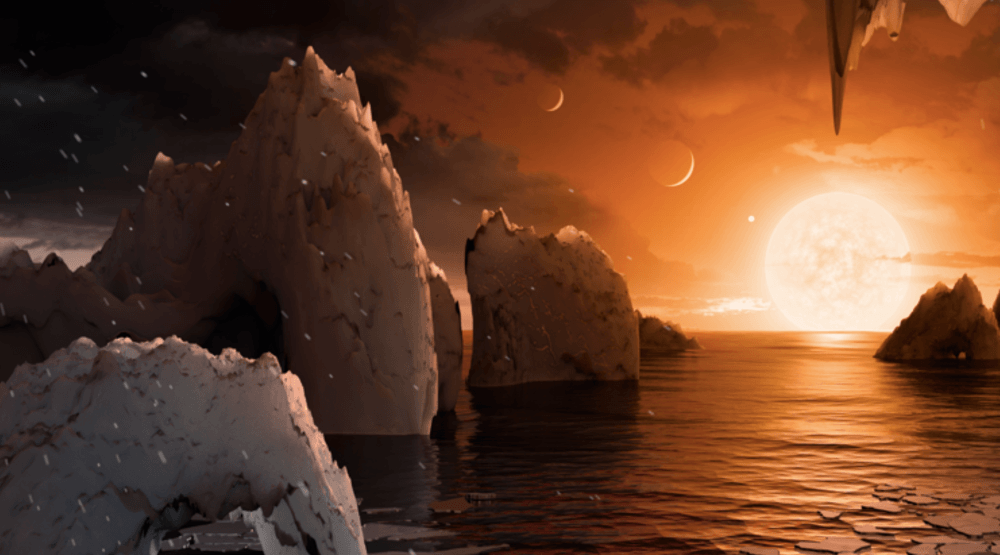 Possible surface of of TRAPPIST-1/ NASA

NASA has made a big announcement today about discovery outside of our solar system.

“This discovery could be a significant piece in the puzzle of finding habitable environments, places that are conducive to life,” said Thomas Zurbuchen, of NASA in a release.

“Answering the question ‘are we alone’ is a top science priority and finding so many planets like these for the first time in the habitable zone is a remarkable step forward toward that goal.”

The exoplanets are located abut 40 light years (378 trillion kilometres) from Earth, which NASA says is relatively close to us.

Could a discovery of alien life on these planets be NASA’s next step? Only time will tell.