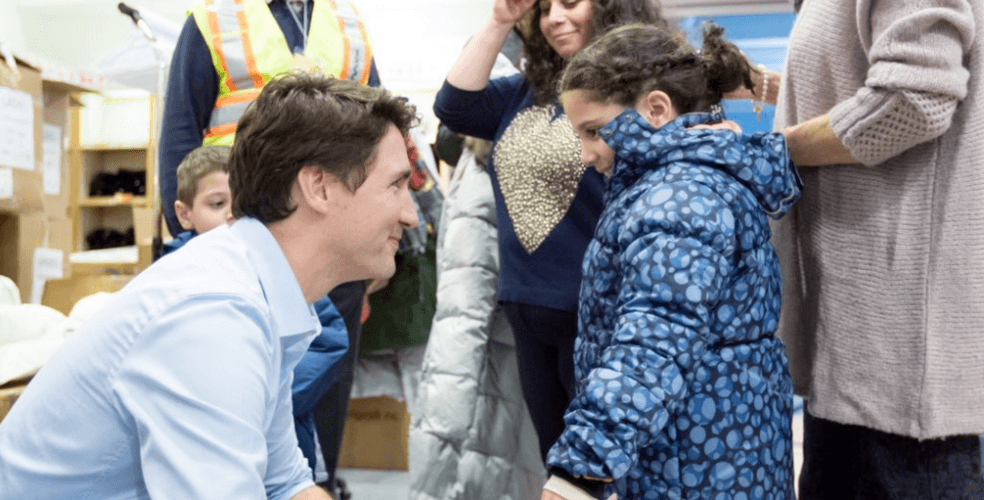 Muslim Americans are freaking out, watching the US election results roll in, at the thought of potentially having to leave their country.

During his campaign, Donald Trump outraged pretty much the whole world when he called for Muslims to be banned from the US.

Speaking at at a South Carolina rally, he declared: “Donald J. Trump is calling for a total and complete shutdown of Muslims entering the United States until our country’s representatives can figure out what the hell is going on.”

“Until we are able to determine and understand this problem and the dangerous threat it poses, our country cannot be the victims of horrendous attacks by people that believe only in Jihad, and have no sense of reason or respect for human life. If I win the election for President, we are going to Make America Great Again,” Trump said.

That’s in stark contrast to our own Prime Minister Justin Trudeau, who told the United Nations earlier this year that Trump’s politics was not the way to go.

Instead, Trudeau was proud to tell the UN about Canada’s efforts to welcome 30,000 Syrian refugees.

I am so effing sorry to every person of color, every Muslim American, every immigrant, every woman and child watching this.

Terrified right now. If you’re not, you’re probably not female, an immigrant, muslim, Mexican, a POC, gay, trans or marginalized at all.

As a Muslim American, I shouldn’t have to FEAR that the leader of my country wants to harm people who follow the same faith as me.

Imagine going to bed as a Muslim American tonight.

What has the world become…I, as a Muslim-American and human being on this planet, am shaking with rage https://t.co/m3Ujv50pGF

Dear America,
Please don’t kick me out of the country.
Genuinely terrified of what’s about to happen.
Sincerely,
A concerned Muslim-American

As a Muslim American and a woman, I am petrified of what will happen to me and my family these next 4 years.

Let the president do what they want. I stay standing on my faith and dignity and no one is stepping on that. I’m a Muslim American and proud

As a Muslim American Woman how will I make it the best four years? I was born in this country but he wants me gone. Where will I go?

Just thought about what it must be like to be a Muslim American right now and my heart sank even further. What has this country fucking done

I’m so scared. Not for me. But for my queer, poc, women, disabled, immigrant, muslim, american folks. I’m so sorry this is happening.

Muslim friends texting me telling me their families are telling each other to keep low profiles. How is this okay? How can people want this.

I just checked my inbox and it is flooded by incredibly frightened Muslim and immigrant middle & high school students.