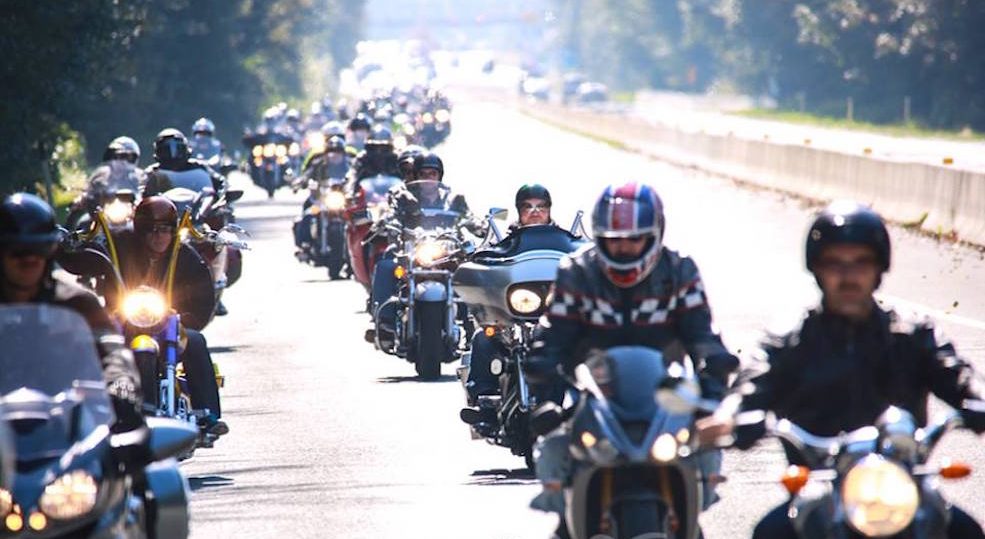 Last year, the Music Therapy Ride (the annual motorcycle charity drive-up to Whistler in support of music therapy practices in Vancouver) raised about $86,000. It was the most money it had ever collected since the inaugural event in 2001, taking its accumulated funds raised to approximately $850,000.

As the MTR gears up for its 15th anniversary on September 17, co-founder Patrick Zulinov says that they’re setting their sights on the one million dollar mark — something that would increase awareness about music therapy’s benefits, help sustain the practice, and assist with the building of more Bandwagons, a mobile recording studio.

“As far as the programs that we’ve been supporting goes, we’ve been able to help out a lot more of these wonderful music therapists and create more Bandwagons, so we can give them the tools they need to do their work,” Zulinov says. “We started with, five years ago, one Bandwagon and then we had three, now we’ve had three more made. Through Variety Club kicking in their great sponsorship this year, they’re helping us build a total of 11.”

Four Bandwagons have permanent residences in facilities like BC Children’s Hospital and Ronald McDonald House BC. Over the years, the design has been refined for easier bedside accessibility and for more convenient delivery to various programs. The newer models feature updated recording software, DJ turntables, and separate guitars — innovations included based on feedback from music therapists.

Perhaps the biggest advance in regards to music therapy in the last 15 years, though, Zulinov says, is the great surge in knowledge about the practice and its benefits — a testament to the efforts of the MTR and charitable foundations like Music Heals. Music’s healing powers reach far and wide, from those with developmental disorders to patients in palliative care.

“It’s just building awareness, basically, about the field,” he says. “And we know that we have an amazing music therapy program right here in Vancouver, at Capilano University, that gets a lot of kids or people in general who have amazing music ability how to teach us how to use music therapeutically and help people out.”

“I think every time we do a new interview on a new outlet or TV station or radio station, there’s always that education that a lot of people are going to be listening or watching, who are like, ‘I didn’t even know music was used as therapy and I can use this for my mother who has Alzheimer’s or my child with autism.’ There’s so many ways that it’s grown over the years, just based on people’s education of the field.”

Growing numbers have also enabled the MTR to move from its previous final destination, Garibaldi Lift Company, to a larger venue in Dusty’s Bar & BBQ. And this year, celebrity guests tagging along for the Sea-to-Sky ride include Kurt Dahl (One Bad Son); Tommy MacDonald (Hedley); Jeffery Hatcher — a music therapist and JUNO Award-nominated musician (The Blue Shadows) — who will be speaking about music therapy and performing with Wendy Bird at the halfway point in Squamish; and west coast favourite Daniel Wesley, who will be performing in Whistler. The yearly auction will also have a guitar signed by Saskatchewan rock and rollers, The Sheepdogs, up for grabs.

“You know, it’s just nice to see that everyone understands what music therapy does for everybody who’s going through, a lot of times, some pretty difficult things in the kid’s hospital or hospices. People dealing with dementia… Or just a kid whose stuck in a hospital for months at a time and needs something to focus on to help them find a better place,” Zulinov maintains.

Music is, he adds, “a common bond, I would say, everybody understands.”