If you thought Pride was all about parades, picnics, and beer gardens, that turns out not to be the entire picture. Take Early Music Vancouver’s summer festival, Music for Queens, a title that suggests a correlation between Early Music and gender politics – neither is what it seems.

When I am Laid

“We loved collaborating with the Queer Arts Festival last year”, said EMV Artistic Director Matthew White, “and with so much great early music written for and about history’s great queens”, [that would be the feminine monarch sort], “we decided to have a little fun with it by honouring queens in all senses of the word.”

White is obviously excited that this year Vancouver Early Music will perform Henry Purcell’s one-act opera, Dido and Aeneas for the first time in its 45-year history. Dido, queen of Carthage, loved and lost the Trojan, Aeneas setting the scene for much operatic grief. Most notable in the grief category is the immediately recognizable lament, “When I am Laid”, which White described as an anthem for any self-respecting opera queen (not to mention some pretty adolescent sniggering on the part of generations of first-year music students). 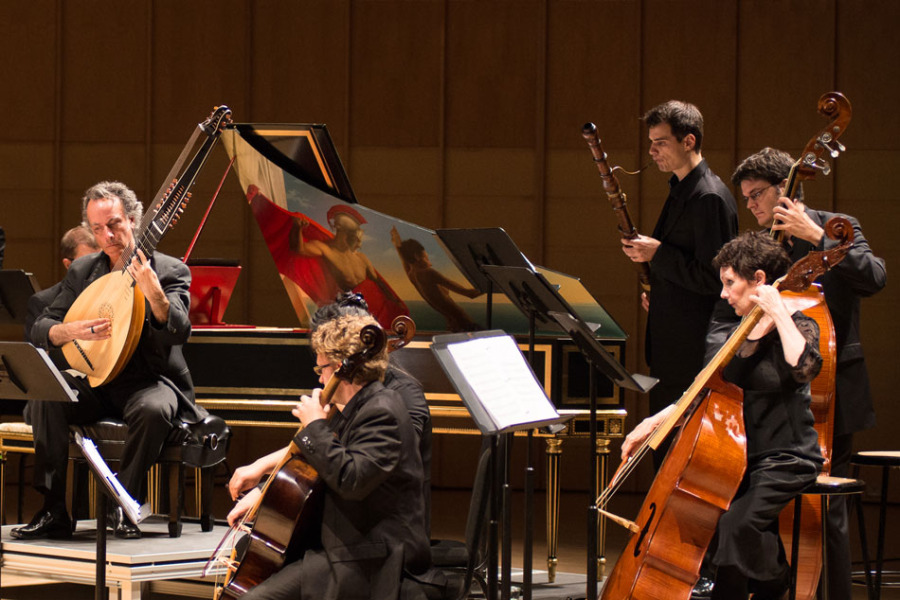 Early Music is all about Henry Purcell, but some of the other composers (Brahms, Schubert, Cole Porter…) don’t seem to fit so well into the Early Music norm (old music played on old instruments). White is quick to correct this misconception: “Early Music is more a philosophy than a time period”, White said, “It’s about exploring through historically informed performances what expressive possibilities lie hidden underneath the varnish of established music performance practices.”

White described how, for example, all the subtlety of Baroque opera is lost when performed in a modern 3,000-seat hall, or that Shakespeare performed in the English of Shakespeare’s day reveals rhymes obscured by our contemporary pronunciations. I began to get the picture. So, if it worked for Old Master works, why not apply it to modern ones?

Just as White was quick to correct my misunderstanding of Early Music, singer Reginald (Reggie) Mobley set the record, er, straight about some misconceptions around the word gay. “There’s actually an inherent flaw with saying someone is ‘gay’ or ‘straight’ or ‘bi’”, said Mobley then adding, “at least pre-19th century.”

“What’s the correct term?” I asked. “Well… that’s the thing”, he said, “Our modern concept of sexual orientation is a fairly recent social construct.” 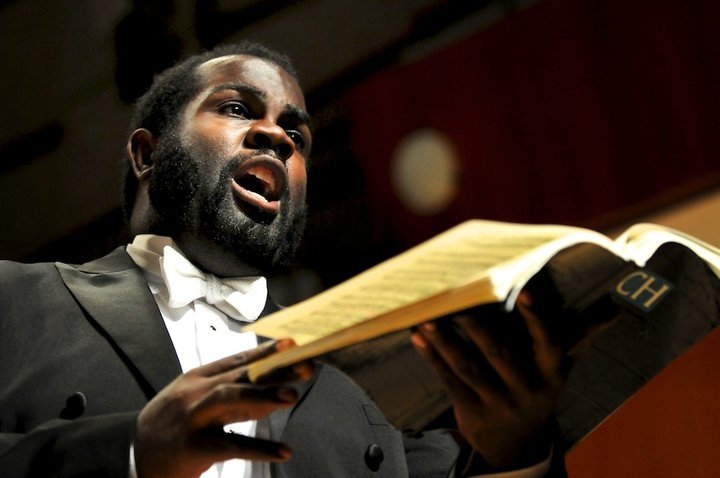 In his concert, A Queen’s Music: Reginald Mobley in Recital, Mobley plans to use music to explore our shifting attitudes toward sexuality and, in doing, posthumously give out gay cards to the likes of Isabella Leonarda, George Frederich Handel, and Franz Schubert (and many more).

George Frederich Handel!? Wow! “Are you outing the Old Masters?”, I asked. Mobley laughed and said, “We look at the past through the perspective of a very hetero-normal society.”

Being a counter tenor (male alto) is not the only attribute that makes Mobley best suited to seek out the outliers. “I carry two large banners in my life: Black, and Gay”, he said revealing some of his passions for uncovering composers who have been largely forgotten or hidden. “This work has taken on a life of its own”, he said. “This recital and talkback is as much a journey for me as it is for anyone in the audience”, said Mobley, “It’s a journey that we’re all taking together.”