UK superstars Muse storm Rogers Arena on Thursday with their critically-adored Drones tour, in support of their seventh studio album of the same name. Vancouver fans are in for a wild ride as the band is performing “in the round”, giving concert goers a spectacular 360-degree view of the show. Oh, and there’ll be drones!

Muse is on the road in support of Drones which received a Grammy nomination for Best Rock Album earlier this week. The disc was produced by Canadian hitmaker Robert “Mutt” Lange and earned the band some of their best reviews ever. As outlined in the setlist below, Muse is expected to perform most of Drones in full, plus hits like “Starlight” and “Madness” from their back catalogue.

Be sure to check out Vancity Buzz on Friday for photos and a recap of what’s sure to be an epic show. 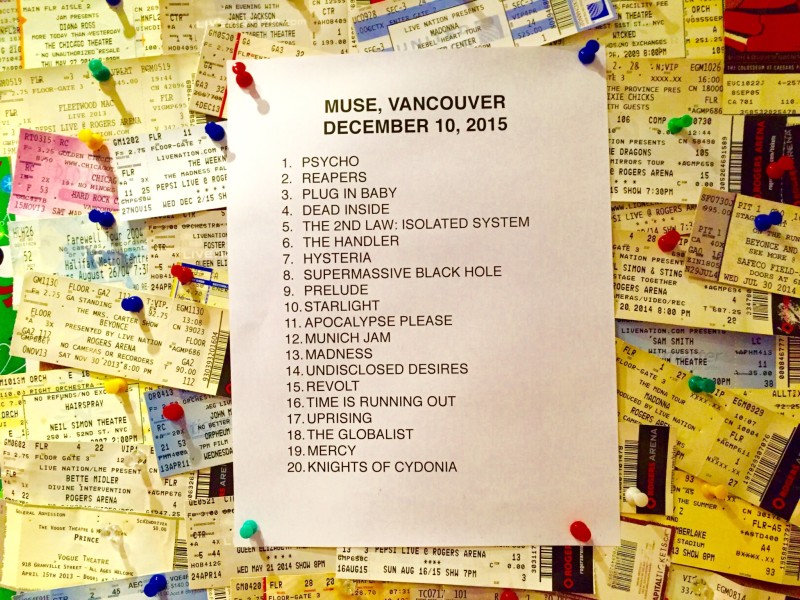