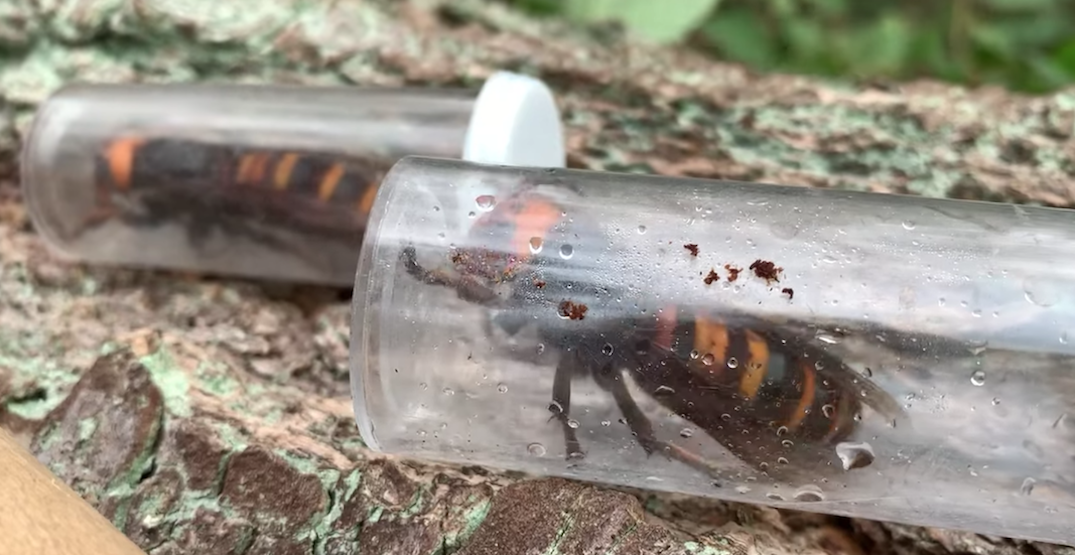 On Wednesday, the Washington State Department of Agriculture (WSDA) successfully removed a tree that contained an Asian giant hornet nest in Blaine, Washington.

The detection of the nest came after a WSDA trapper collected several live Asian giant hornets, also known as murder hornets, on October 21 and 22. The hornets were tracked and followed to a tree in Blaine.

After vacuuming several hornets out of the tree on Saturday, entomologists returned four days later to cut down the nest, revealing two queen hornets, each about two inches long. The queen hornets are either two virgin queens or one virgin queen and an old queen, according to WSDA.

On Thursday morning, the nest was cut in half. Entomologists are currently analyzing the log and trying to gather final numbers of how many hornets resided in the nest.

We have opened the log with the #AsianGiantHornet nest and are currently analyzing it. It may be some time before we have final numbers. pic.twitter.com/RsWqkfCoWi

“While this is certainly a morale boost, this is only the start of our work to hopefully prevent the Asian giant hornet from gaining a foothold in the Pacific Northwest. We suspect there may be more nests in Whatcom County,” said managing entomologist Sven Spichiger in a press release.