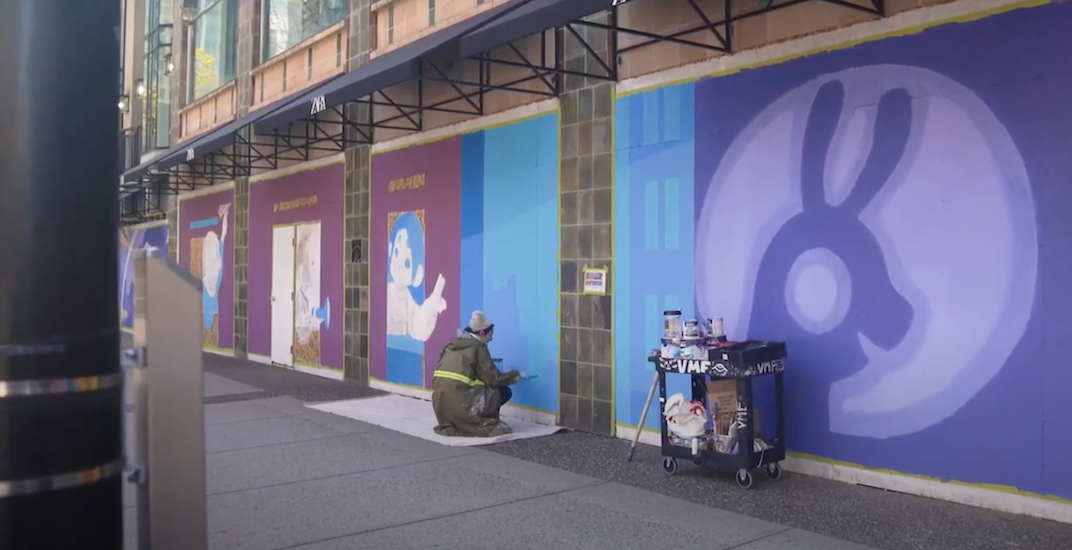 Vancouver got a makeover this week.

It’s thanks to the Vancouver Mural Festival, which has partnered with artists to take over blank walls in the city for the past five years, primarily in the Mount Pleasant neighbourhood. This year, about 40 new murals are being created across the downtown core, Robson Street, and South Granville.

The idea began several weeks ago, organizers say, when local artists began painting on boarded-up businesses in Gastown and the Downtown Eastside.

Allow us to take you on the virtual tour: