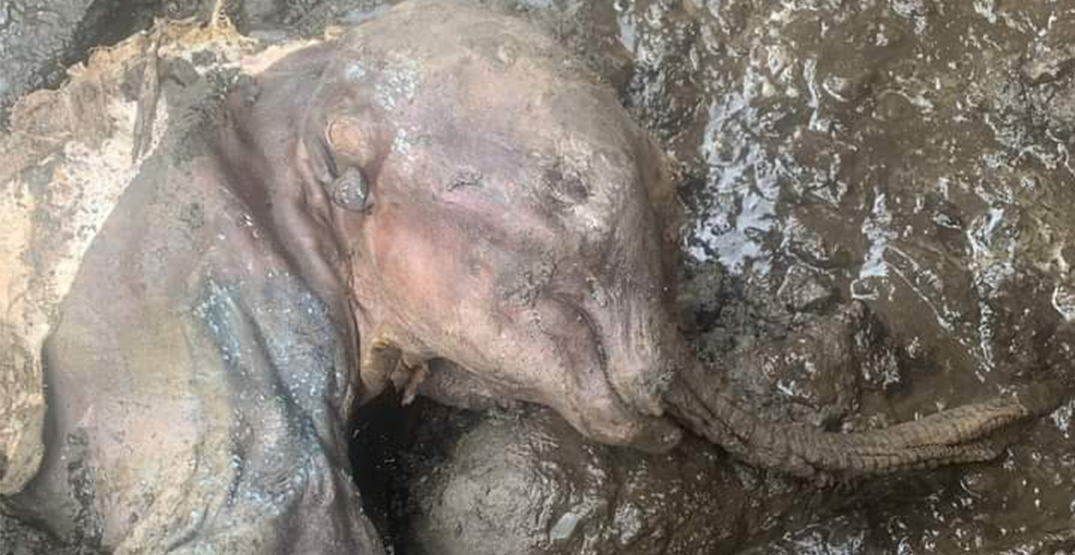 On June 21, the near-intact frozen-in-time mammoth was uncovered by miners working on Eureka Creek within Trʼondëk Hwëchʼin Traditional Territory.

The Yukon government says it’s an important discovery for Trʼondëk Hwëchʼin and the territory. First Nation elders have named the calf Nun cho ga, which means “big baby animal” in the Hän language.

“The Yukon has a world-renowned fossil record of ice age animals, but mummified remains with skin and hair are rarely unearthed,” the government explained in a press release. “Nun cho ga is the most complete mummified mammoth found in North America.”

Who was Nun cho ga?

Dan Shugar, a professor at the University of Calgary, was one of the lucky geologists who worked on recovering Nun cho ga from the permafrost before it thawed.

“The most incredible thing about Nun cho ga is the preservation,” Shugar tweeted in a thread. “Toe nails, hide intact, hair, trunk, intestines.”

The Yukon government says that a quick examination of the mammoth suggests she is female and roughly the same size as the 42,000-year-old infant mummy woolly mammoth “Lyuba” discovered in Siberia in 2007.

Studies conducted by the Yukon Geological Survey and the University of Calgary also suggest that Nun cho ga died and was frozen in permafrost during the ice age over 30,000 years ago.

Shugar says the baby mammoth could be anywhere between 35 and 45,000 years old.

The remains give us a glimpse into a time when Nun cho ga roamed the Yukon among wild horses, cave lions, and giant steppe bison.

“It’s amazing. It took my breath away when they removed the tarp,” said Tr’ondëk Hwëch’in Elder Peggy Kormendy. “We must all treat it with respect. When that happens, it is going to be powerful and we will heal. We must as a people.”

While the discovery of Nun cho ga marks the first near-complete and best-preserved mummified woolly mammoth found in North America, a partial mammoth calf was also found in Alaska in 1948, named Effie.

Here are some photos from the excavation of Nun cho ga. 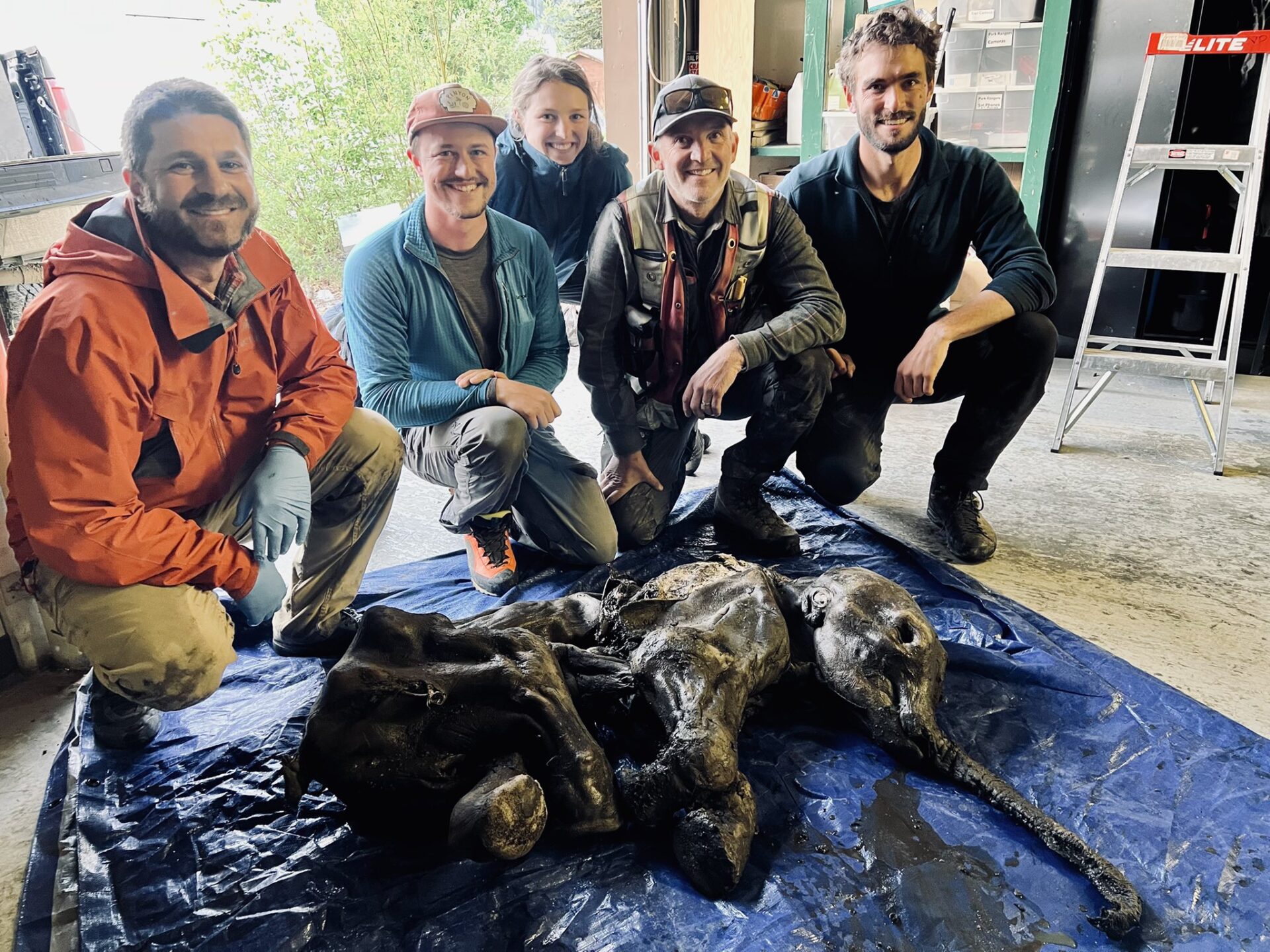 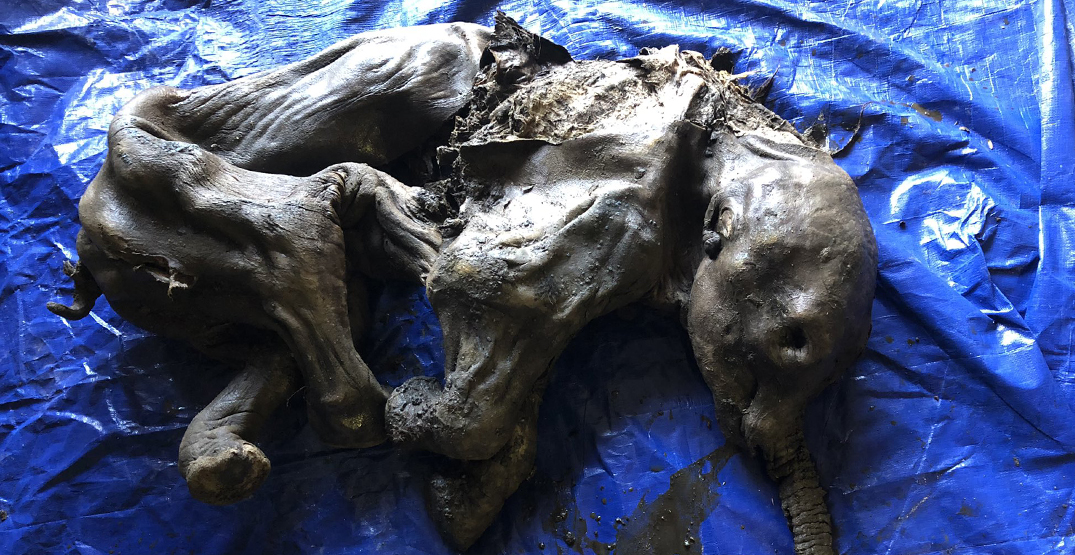